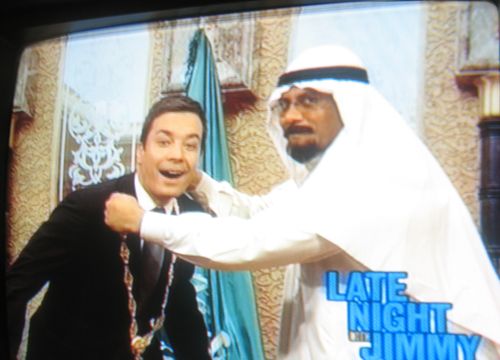 Well I am in a much better mood, still angry with the Obama team though, and with him, himself. Today he commented on the Rick Warren pick for the invocation and one particular ting that Obama said stuck I my craw.

He mentioned that we can disagree without being disagreeable. That’s all well and good.

This is the reasoning that Barack Obama uses to explain why he picked Rick Warren to say the invocation for his inauguration.

Where is this atmosphere that Obama speaks of that he would like to create? What type of atmosphere could exist between a group of people that love each other and want the SAME RIGHTS THAT HETEROSEXUAL COUPLES GET, and a group that says that we are going to molest their children, we can’t be trusted to teach in schools, we spread disease (thanks Dad) and we are all going to hell.

One group advocates love and equality and another condemns and shames. What type of atmosphere will exist in such a vacuum?

It really is a sickening feeling that someone who actively courted the gay vote and dollars thinks it’s all right for Rick Warren to grace his inauguration. An inauguration that I worked towards, millions of people worked towards and donated money to. And then to hear from some ‘allies’ saying we’re making too much of a big deal out of it.

Obama’s people are claiming to be all inclusive. If that’s so, can we expect to see representatives from the Ku Klux Klan and Aryan Nation, maybe even some Black Israelites, and the Army of God up on the stage with Obama and Warren?

No we know that’s not what’s going to happen, because when you boil it down, it’s perfectly all right to treat LGBT like shit.

C’mon, it’s true. Everyone hates LGBT people, it’s the one thing christians, jews and muslims can all agree on. And atheists are hated too. I am doubly cursed!

The right wank is gloating over this of course, claiming liberals (read gays) are so intolerant of different views. I know it’s not the case, we just resent having our relationships compared to child rapists.

I ran into Casey Chasm on the bus this evening and he suggested that the whole Rick Warren fiasco is a distraction from the fact that the economy is getting worse than was originally imagined.

That may be true and it also maybe much like a Monty Python sketch where a door to door salesman is trying to get a couple interested in a home made TV show.

When the couple’s attention span is on the wane, a mollusk is tossed out described as a filthy, disgusting pansy which gets the couple riled up enough to curse and stomp on said mollusk.

So the economy is in the toilet and people are tired of hearing about it…hey, look! A homosexual! How disgusting is that? Something everyone can rally around and hate with all of their hearts and the justification of their religion to feel like that.

Much like religion was used all those years ago when it was against the law for Barack Obama’s parents to marry.

Obama’s people are saying that it’s a balance since Rev. Dr. Joseph Lowery is going to deliver the benediction at the inauguration.

Dr Lowery has long been a supporter of civil rights for ALL people whereas Rick Warren, aka Falwell in a Hawaiian shirt actively works to take civil rights away from certain people.

That is the face that the Obama administration wants to present. A balanced face like Bell’s palsy. Yeah, I am still pissed off.

The day wasn’t all about being fired up though. I heard from Maurice Menares and that was a good laugh. He’s in Oregon married with a kid. He’s doing well and working for Adidas.

He suggested looking him up if I find myself on the west coast. I mentioned Arcata and a sketchy plan of perhaps going out there for my nephew’s graduation next year. A side trip to Oregon, is it possible? It all remains to be seen.

I had to run an errand to Chinatown this afternoon and I finagled that into a detour to Farfetched where I picked up a present or two for Bill and some cards for the nieces and nephews.

There was also a plan to hook up with Pedro but he backed out due to the incoming snowstorm which is expected to leave a foot of snow in Otisville making his return home that much more difficult.

I was also supposed to go visit the Mastro’s where Ann Boyles is supposed to make an appearance like Mary on a half shell but I haven’t heard anything about that. So it’s all up in the air, but at least I am home and happy.

I would be happier if Bill were here driving me up the wall, but we do have a plan to take part in a demonstration on Saturday night for Marriage Equality. That could very well turn into an anti Rick Warren/No Thanks Obama rally.

It doesn’t look like Obama is going to do a thing about it and Rick Warren has congratulated Obama for taking a stand AGAINST the people that voted him into office. A stand against the LGBT community, women, and science.

After eight fucking years of having the religious right shoved down our throats, Obama’s people decide to open the show with a nutjob with left over, reheated bull fucking shit not that different than James Dobson, Jerry Falwell and Pat Robertson and the shit sleaze they had to say.

Remember, according to Falwell and Robertson, 9/11 was a reckoning for LGBT people and women having the right to choose. Meet their devil spawn, Rick ‘Purpose Drivel Strife’ Warren.

Hell hath no fury like an LGBT community/women/scientific community scorned.