The Beatles. John Lennon. Me. That’s what I hoped to write about today. I thought today was going to be an easy day. I did everything right, everything else was wrong. Last night I asked Bill to make sure I was up by 8:30 when he was supposed to be heading out.

I woke up before Bill did. No matter. I did my thing, shower, breakfast, coffee, email. Bill was super supportive before heading out, kissing me goodbye, telling me I am adorable and smart and things like that.

A few minutes later I headed out around 9:20. My barber Tony is back for a few days and I had hoped to see him for a haircut. But as I walked by someone was in his chair so I kept walking and picked up some dry cleaning instead.

Of course with one bus being late that meant the bus would be very crowded and it was. Luckily I phoned in and said I was going to be late. Don answered the phone and suggested that I take the train.

As if the trains run normally on weekends. In fact last night on the news they said all trains running this weekend will be running on a service schedule. Oh and they’re raising the fares to $2.50.

The day proceeded without incident but the new guy, Bradley is really trying too hard to make friends with everyone and tried showing off his ‘dark humor’ by making jokes about John Lennon’s murder. Truly that is how to score points with me.

I did have a nice phone call with Annemarie for a few minutes. She seemed to be having a good day, so that was nice. After lunch, the usual jerk offs and vaginal slang came in today and I did my best ti minimize contact.

I was able to play selections by John Lennon and the Beatles which was nice. Some people complained and I did want to plug into the celebration of John Lennon’s life. I had wanted to see the documentary they were showing for free in Central Park and I had hoped that I would be able to attend, but working the joyous hours of retail made it impossible.

I left the store on time, after closing up the shop and made it to the terminal only to find a long line waiting for the bus. I was the absolute last person allowed on the 60 person capacity bus, unable to stand behind the white line, I hung on for dear life while the driver sped through the Lincoln Tunnel.

People eventually got off and other people got on the bus but hardly anyone made room for myself and the new people hanging on by a thread. Now I’m home, feeling beaten. 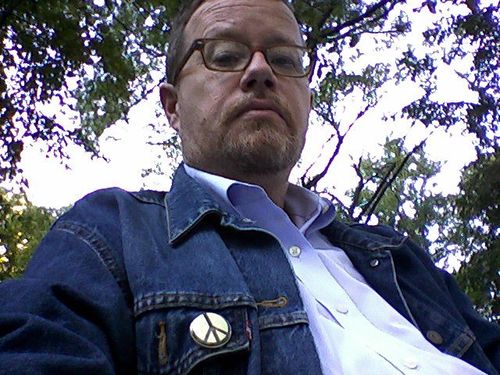 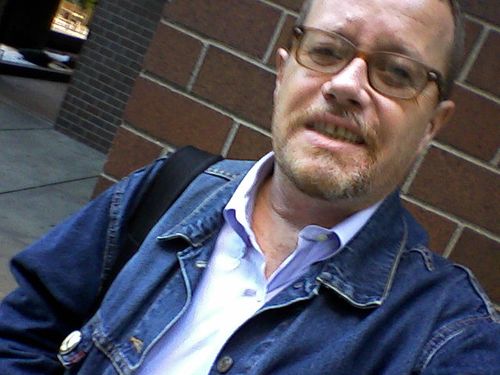 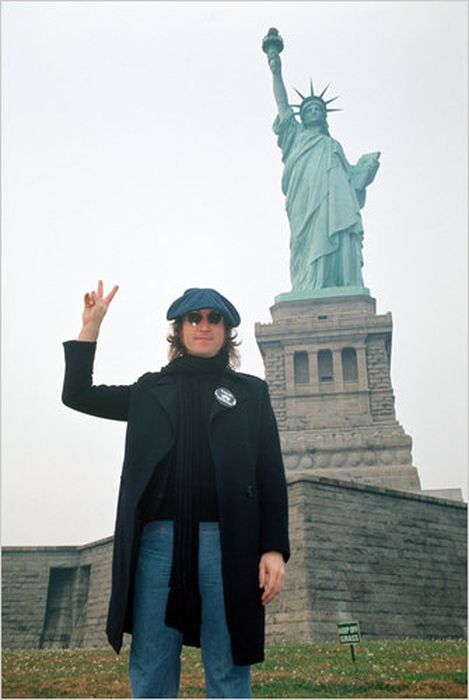 Thursday. Woke up when the alarm clock went off. Looked out the window and it looked foggy which was odd. Shuffled around the apartment then I wondered why I was up so early and went back to bed for another 45 minutes.

When I woke up again it was a full blown snow storm. That was a drag. I had to rally myself for the interview scheduled for 10:30. Thought about canceling the interview since I already had a job scheduled to start, but I got it together and headed out. It wasn’t too bad, just a wet sticky snow.

I forgot my umbrella and just trudged onwards towards the Path train. I was wearing a wide brimmed hat so that definitely helped with the snow. Got a seat on the train and got off at Ninth Street. It had stopped snowing in the city and the sidewalks weren’t slippery at all, just wet.

I was about 20 minutes early for the interview so I just stood outside and talked to Bill on the phone for a while. The place where I interviewed is diagonally across the street from Wolff Olins. I thought about stopping by then I thought again and asked why would I do that.

I headed upstairs to the the 10th floor at 225 Varick Street. Dismal building, even more dismal office where I waited. So this company would hire me and send me out to wherever or whatever company would require my services.

I sat and read the New Yorker from last month. Finally Tim McSorley cam out and got me, leading me into his office. He offered me a water or coffee and I politely refused. He went and got his own water, leaving me to sit there. His office was shambles, wires all over the floor. I guess it was an improvement, other people were in cubicles outside on the floor.

Nice guy though, a lot more pleasant than he was on the phone. Tim McSorley doesn’t give good phone. The interview didn’t last long since most of the questions were done over the phone.

I was out of there in about 20 minutes and headed over to a newsstand to see if they had Uncut magazine. Apparently it’s unavailable in the tri-state area. I walked over to the West 4th Street subway station and waited for the E train uptown to Lexington Avenue.

Made my way into the office, Greg Stevens wasn’t around. He was in earlier but I guess he went to the racquet club. I got his things together and waited for the movers. I did go out to pick up some lunch and got a phone call from the girl who works for Vivek.

Apparently the building management didn’t know Greg Stevens was moving out today even though I set the whole thing up last week. The left a message for Vivek and he called them. He was intentionally left out of the loop by yours truly and almost messed up all the plans I made.

I called the building manager reminding her that I called her yesterday but she was out. She mentioned that we wouldn’t need to reserve the freight elevator since there wasn’t that much to move. I got that taken care of and shortly after that, the movers came and packed things up, putting chairs under blankets and onto dollies.

I met them a little further up Third Avenue and they moved everything in with skill and speed. Greg was soon off to lunch with his brother but before he left he asked me about how much I was going to get at the new job, leaving me to believe that he was ‘fishing’, perhaps to hire me as his assistant. It would be nice to work for him, after all that’s what I’ve been doing for the past 3 years.

But that all remains to be seen. I might bring it up again tomorrow when I help Greg Stevens unpack his office.

It was a busy day for sure and I am pretty tired. Feel like falling asleep now, at 6:30, but if I did I know I would be up at 11:00 and unable to fall asleep again. So I will stay awake. I know in a little while I will get my second wind.

JD Salinger is dead. I never read The Catcher in the Rye, because I didn’t have to. Most everyone had to read it in high school, but not me. And when I heard that that was the book John Lennon’s killer was reading at the time of the murder, I never wanted to read it, ever.