Well here I am writing again even though I said I might not. Force of habit I suppose. Today was somewhat different. I got my bicycle together, inflated the tires and went out for a ride.

Lovely day for it. I decided to stay away from the guitar as much as possible today. Just a break. Will return to it fresh tomorrow.

But in honor of Albert Hoffman and his fateful bicycle ride on April 19, I decided to take the bike out for a spin on April 20 (4/20 for some). I rode up Park Avenue, feeling a bit naked since I didn’t have the rear view mirror that I usually strap to my left wrist.

I had a feeling it was somewhere in my backpack and made a note to check it when I had the chance. I found the strapped mirror and put it on. I bought three of these things at Farfetched back in the 1990’s, one for me, for Julio and one for my then roommate William. I know I still have mine.

I rode up to 15th Street and Park Avenue making a right to head into the Lipton Tea Building complex. No one around except for nannies and their charges. Beautiful day, blue skies, a few clouds. Rode along the river past more nannies, past Maxwell Place onto Sinatra Drive.

The skateboarders were out as I rolled past. Decided to head into Jersey City and pedaled over to the train station. Had to walk through the station but once I got back to the light rail station I hopped on and started pedaling again.

Saw a baby blanket on the river walk and asked a few nannies up ahead if they lost a blanket. If they did I would have turned around and picked it up. They said they hadn’t but each nanny thanked me for asking.

I rode along the Newport river walk, past office workers out having a smoke. Found a nice spot across the river from the Winter Garden and sat for a spell, just staring across the river. It was nice and quiet, no one else around, save a guy who decided to take a nap a few yards down.

Back up on the bike, I rode around again, past OfficeTeam when I was interviewed by Omar Castillo back in November and who called me up about a possible job, or a lead in Hoboken. Told him I was interested and sent an email back to see how it went but haven’t heard anything yet.

Perhaps if he Google’s his name he’ll see this. Then again the name has been changed to protect the innocent.

Back up to Hoboken. On te way I bought a banana. In Hoboken at Natural & Plus they usually cost 45¢. On weekends they weigh the banana and will charge you the extra 2¢. From a cart in Jersey City it was 25¢. (I do like Alt 155).

Back through the train station where I bought the Daily News and sat by the river and read the paper, had a banana and smoked a cigar. Even rode the bike down the bike path to see if Tariq was out with his guitar but I guess he was singing ‘Melissa’ across the street from the Plaza Hotel.

Just rode back home after all that and had an earlier supper than usual since I was plenty hungry when I got home.

That’s about it. An easy peasy day.

Tomorrow night is the Specials concert. Have to figure out whom I am meeting and where. 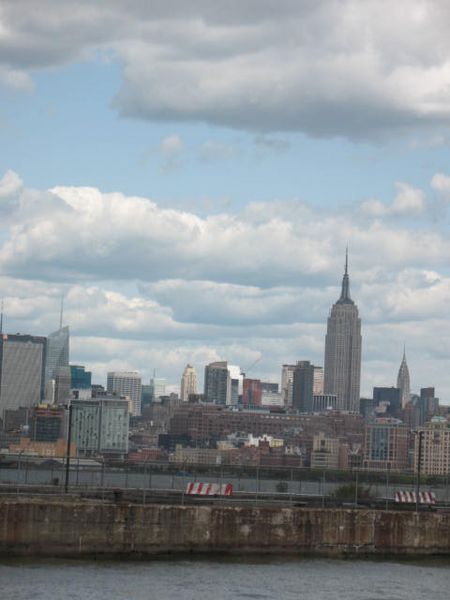 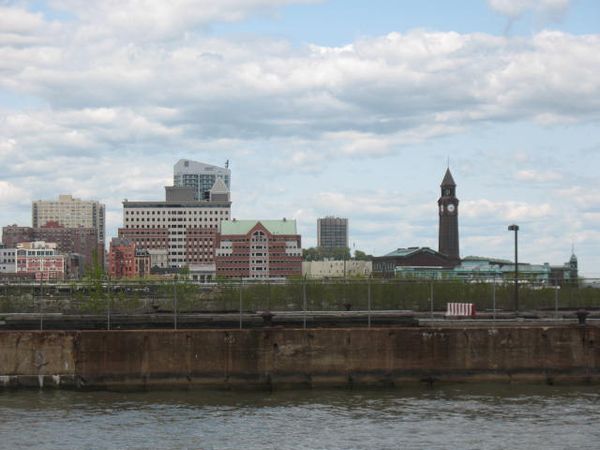 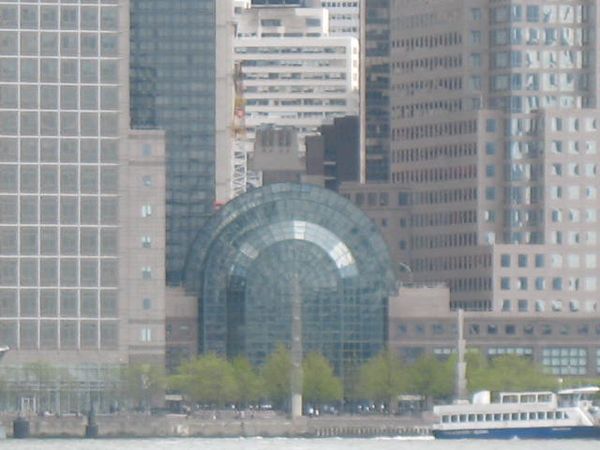 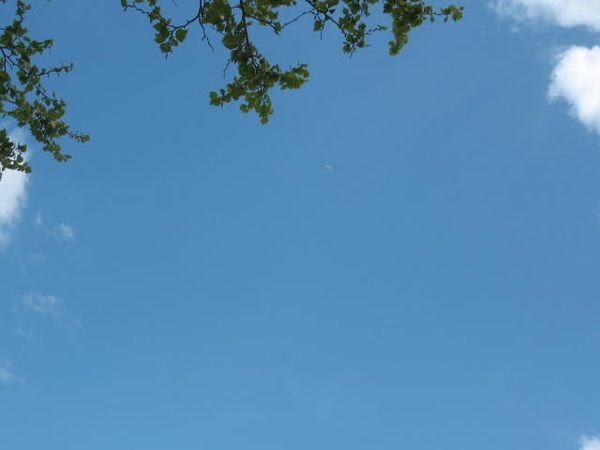 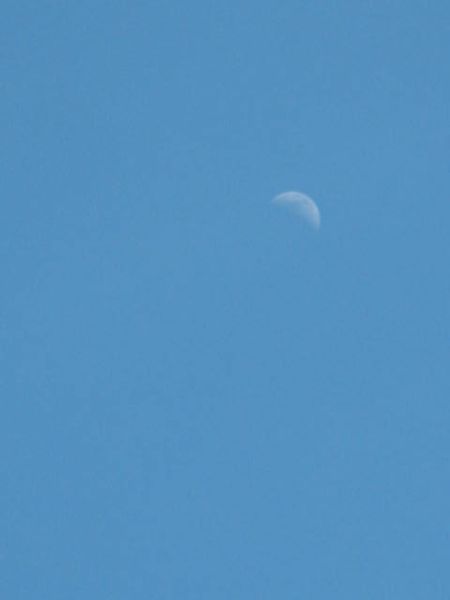 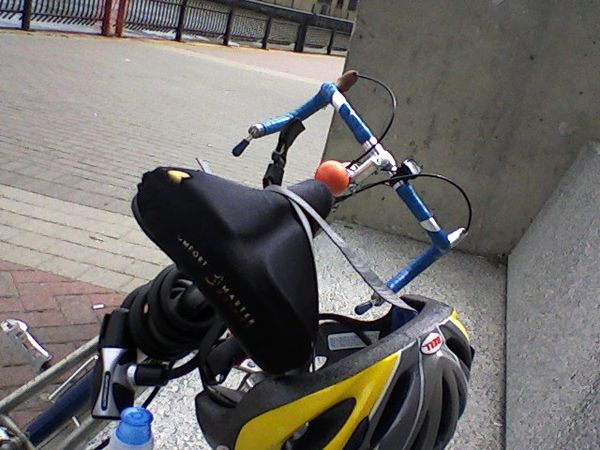 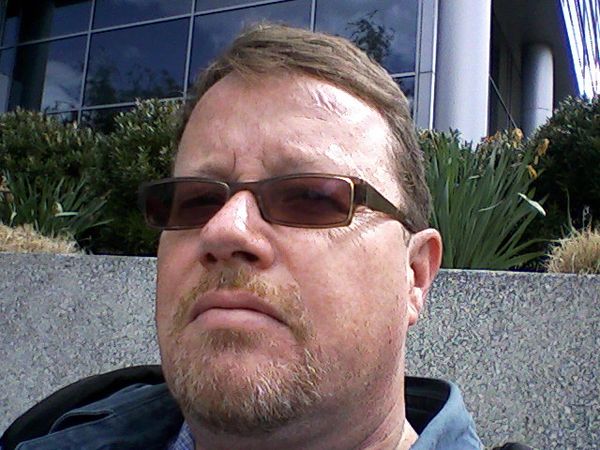 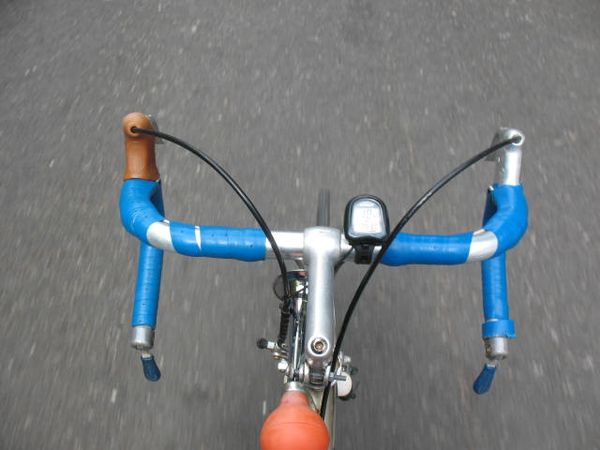 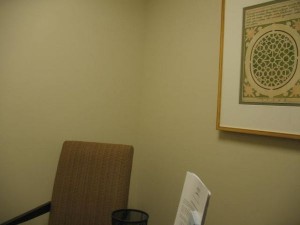 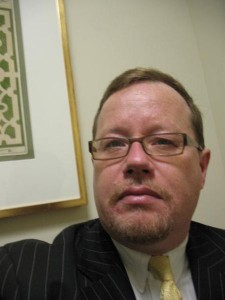