Wow. I am home from my first day back at work and I am watching a DVD about the founder of De La Concha as was suggested by Zach the assistant manager of the store.

I like Zach. He’s a nice guy. Seems to like me. We got along great during our meetings, I feel very much at ease with him around.

The day didn’t start off with ease. No, not at all. In fact I woke up and wanted to throw up. That’s how nervous I was. I showered, I shaved, I made coffee and had a bowl of cereal.

Last night I had my clothes all laid out, good to go. One less thing to worry about. Even though the forecast was some showers in the afternoon and the temperature headed for the 80 degree area, I wore the suit and tie.

Actually had the tie in my bag. I had to be at the shop at 9:30 and caught a bus around 8:15. Arriving at the bus terminal I headed down to the subway and caught the train uptown. I was about 20 minutes early and decided to head to the men’s room and put on my tie and also to change my t-shirt.

I had the dress shirt cleaned and pressed last week and when I tried to button the button on the tab collar half the button was missing and not making it easy to button. It could be done only after I muttered ‘fucking hell’ and stamping my right foot.

Perhaps if I stamped my left foot it wouldn’t have happened. In any event I was in the shop at 9:30 as planned. It was a slow start and for the first hour I was in the humidor, looking at all the different cigars. It seemed like I was in there longer than an hour but no, it was just about 60 minutes.

I was working with Don, another salesman and Zach. Harold also came in a little while later. They seem like good people and me being the low man on the totem pole I was in for a good ribbing.

They asked what kind of cigar I liked and I said La Flor Dominicana. That was the joke of the day. Not a good cigar in their eyes, like smoking cardboard they said. I spent a lot of time after that looking at and polishing various desk top humidors and other high end products.

Lunch came around 1:30 and at first I visited the market nearby but that was crazy crowded. I opted for Subway which was close and had a tuna sandwich which was like eating paste. I ate near the park and then wandered into the park, looking for a spot to sit down and relax.

Found a bench on with no one nearby and enjoyed a Avo cigar. Nice cigar, expensive too. I can see why they were mocking me at the store. I definitely have to get back into the swing of things, develop a routine again.

I worked until 7:00. It was supposed to be 7:30 but Zach said I could leave early since it was my first day. I left around 7:15 and walked down to the Path train. I dislike waiting on the lines for the bus. Walking is so much better than standing around.

I got home around 8:30, a zombie. I peeled off my suit and got another suit together for tomorrow. The plan for tomorrow is to carry the suit, shirt and tie into a garment bag and change when I get to the shop. That means I’ll have to get there earlier, but at least I will be comfortable and not too sweaty. 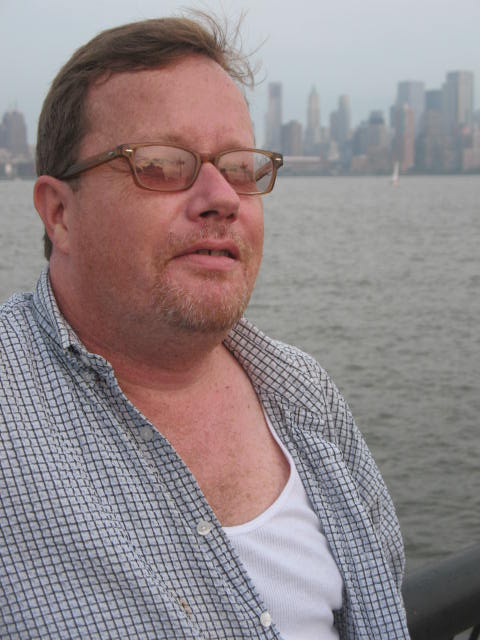