Well it was a fun time last night. I left here after posting and I hardly ever go out, much less on a Monday night. I walked up Washington Street towards McSwells enjoying the evening and listening to Girl Talk. I downloaded one continuous track so if I want to get to a certain mix, I have to remember the time in the track and shuffle the cursor to the proper point. I got to McSwells a little after 8:00.

Saw Rob Norris and Frank Giannini having dinner with 2 friends of theirs. They waved to me through the window as I walked and I stopped by their table and said hello. No sign of brother Frank who’s almost always late. Looking for parking could be a chore so his being tardy was easily forgiven. I got myself a Stella Artois and sat in the lounge area where the big stupid kettles used to be. People were meeting up with friends and family, I sat there eagle eyed for Frank.

As I stepped out for a smoke, I ran into Ira Kaplan in the restaurant, who mentioned my letter in Mojo Magazine from a month or so ago. It seems he was on tour and reading the magazine and laughed when he saw my letter from Hoboken. We chatted for a few minutes, then he went to catch up with other people I headed outside. Andy Peters, former sound man at McSwells back in the day followed me out.

Andy is such a sweetheart. He always was. We caught up on what we were each doing. He took my picture, so I took his. Andy is married, lives in Phoenix and just became a dad 3 weeks ago. His wife, who is so understanding, let him come back east to do the sound at McSwells as well as the big Battery Park show.

Andy has always been a nice guy, back in 1991 he would offer to drive me back to Lodi when I was living with my father for those three agonizing months. He didn’t live anywhere near Lodi. He just couldn’t stand to see me ride into the city to get a bus out of the city. I’ll never forget that.

Jim DeRogatis was there. He writes about music for the Chicago Sun Times. He was with his wife. Jim Testa of Jersey Beat was there and so was Mike Carlucci, formerly of Winter Hours. Mike used to be my guitar teacher, so if any one should be blamed for my guitar playing, talk to him.

Frank showed up and we were chatting in a corner when all of a sudden I was accosted by Meghan Taylor Mastro, still the funniest woman alive.

I love her so much as most everyone who comes in contact with her does. Her husband, my pal, Jim Mastro was there of course. Richard Barone too. It seemed every time I would turn around, another face from the past was there in my line of vision.

I said hello to Brenda and Stan from the Feelies who were both warm and happy to see me. Frank was doing well, holding his own and mingling with various people, no need for me to hover in case he gets stuck on something. It’s the worrier in me I guess. Just keeping an eye on him.

I talked to Georgia Hubley, drummer for Yo La Tengo and also Ira’s wife. I congratulated them for being part of Girl Talk’s latest. They heard about it, but haven’t heard it. Ira mentioned he talked to his publisher about any infringement but it seems Greg Gillis knows the ins and outs of free use and copyrights.

I told Ira and Georgia not to sweat it, they now have street cred. We had a good chuckle about that and I reassured him that he might not get songwriting credit per se, but the fact that Yo La Tengo was mentioned in the 4 star Rolling Stone review should be credit enough. Plus now the kids might know who Yo La Tengo is.

The Feelies soon came on, Frank was in the crowd, Meghan, Jim and myself hung near the back. I saw Bob Lawton who I hadn’t seen in ages, just waved to each other as he walked by. Barre Duryea was road manager for the Feelies and he too mentioned my letter in Mojo. It wasn’t too crowded as it was an invitation only show.

I found myself standing next to an older woman who turned out to be Brenda’s mother. She was very proud of her daughter playing bass and mentioned that it seems the Feelies might have some more life in them yet. I told her she had every reason to be proud of Brenda and that the Feelies got better when she joined. Alice Genese was there as well and she always looks good and it’s always good to see her. Scott Harbison too, not drinking even.

I was being snarky throughout the show, telling Meghan that the Feelies were masters of the slow fade out as they slowly faded out. It was a good show and a really fun time. Jim and Meghan and Frank and myself left at the same time, walking down Washington Street parting ways at Eighth, me walking Frank to his car and directing him out of a tight parking spot.

It was so good that I’m going to check them out on the Fourth of July with Sonic Youth. 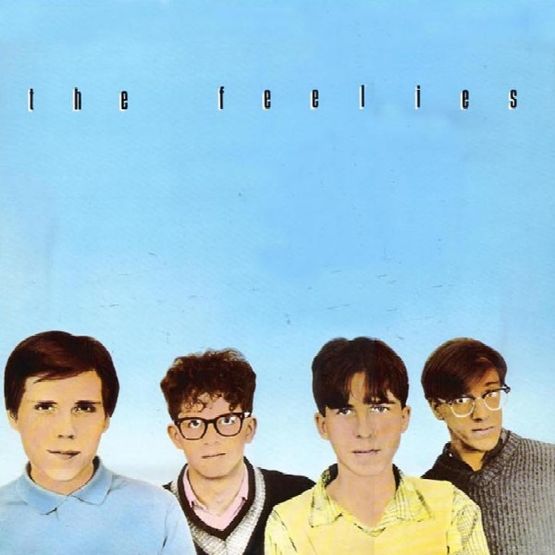 The Feelies now (from the NY Times) 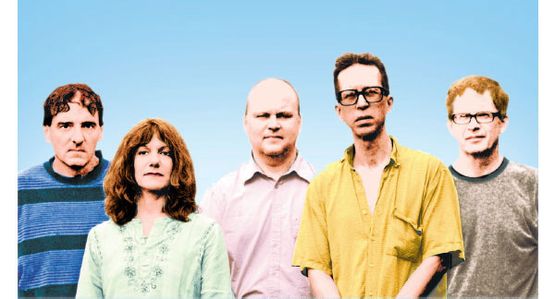 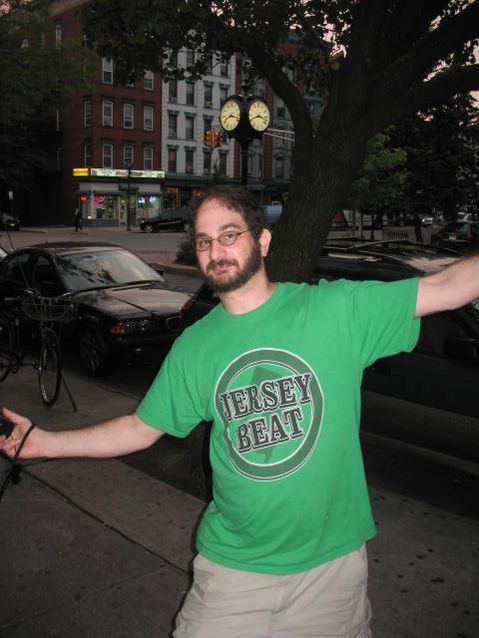 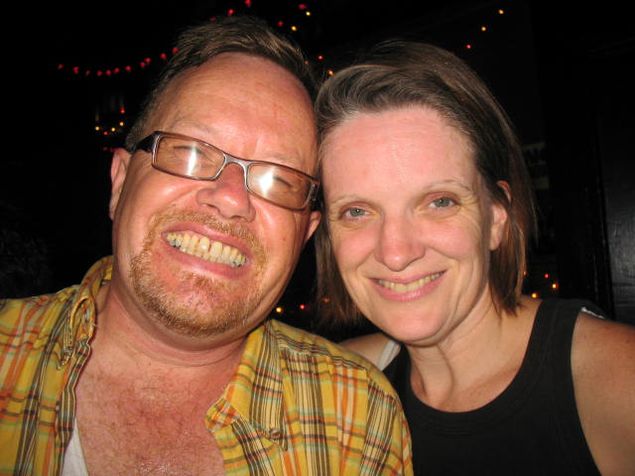 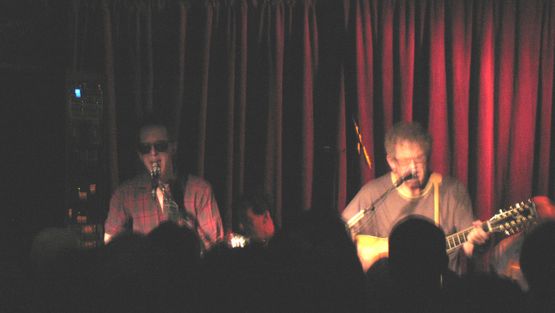 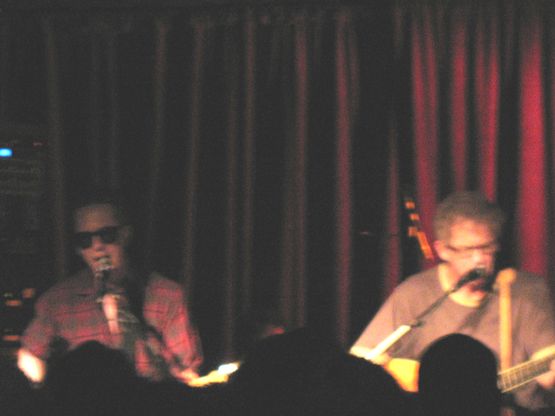 Away by Albert Rossington

Paint it Black by Albert Rossington