Watched the Pacific again which was probably the most intense it’s been so far. And Treme was good too, just not as good as The Pacific. Thanks to the melatonin, no laying in bed thinking about how grenades work.

Bill had rehearsal for a play and didn’t get home until late. I stayed up until he came home and then went to bed. By the time Bill went to bed I was fast asleep. I love me my melatonin.

Haven’t seen or heard from anyone today except a phone call with Bill earlier and emails from my sister. Some Facebook postings and comments as well.

Sent out some resumes once again, hoping for the best and disregarding some requirements. I mean, really, anyone can be a brain surgeon, right? Why not me? Dropped off a suit at the dry cleaners also for some mending and pressing.

For the first time in weeks I have nothing out of the bibliothèque.

Nothing I ordered has come in, and once again an item I asked for, the DVD of Black Dynamite has been deemed too recent to order via BCCLS.org. It’s been a while since I first asked for it, and here we are weeks later being told it’s still too new. I don’t mind, I can wait.

I’ve waited this long and a few more weeks won’t kill me.

I watched the Graduate the other night. It wasn’t as good as I remembered. It had it’s moments but overall it couldn’t be called timeless. I wasn’t the generation it was aimed for so maybe that’s why I missed the boat.

But I used to enjoy watching it a number of years ago. Now, it was just something to watch while killing time.

MGMT were on Saturday Night Live the other night, and I thought they were better than expected. Any song that references Brian Eno is alright by me. Gabourey Sidibe was the guest host and she was funnier than I expected as well.

Laundry is done and hanging in the kitchen and the rest room. Also grilled up some chicken so it’s penne, pesto and chicken tonight for me. I’m looking forward to that.

That’s the type of day it’s been. Shopping for bread, doing laundry, grilling chicken and watching the rain fall down. It’s supposed to let up on Wednesday so I am hoping Wednesday will be a good day.

Not expecting too much besides that. Right now watching Analyze That which is the sequel to Analyze This. The first one was so so and this one is even less so.

I do recall having dinner with Miriam, Suzanne Savage and some colleagues at Arista Records 12 years (?) ago at a restaurant named Gabriel’s on west 59th Street. At the next table was Harold Ramis, Billy Crystal and Robert DeNiro in conversation regarding Analyze This.

It was a big thrill then, much better than the picture that was made. 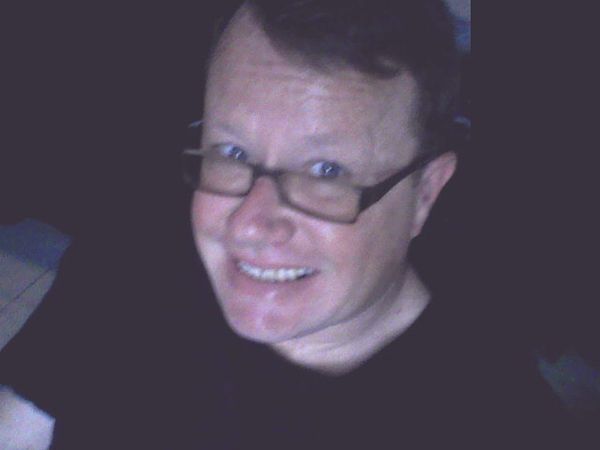 Sunday. Another day out by the river. Francine (Tariq’s girlfriend) was there as well as Tariq. I taught Francine how to play Twist & Shout. We also played I Can See Clearly Now by Johnny Nash. I added an extra middle eight which I thought worked better.

And I made a concession, I learned how to play ‘Feelin’ Alright’ by Joe Cocker. Two chords is easy enough and it is rather soulful. It was a slow starting day and I wasn’t sure whether or not I would go out to play.

I picked a few songs off of Ultimate Guitar and chose them because of the lack of chords and my familiarity with them. Old Brown Shoe and The Ballad of John & Yoko were but two songs I learned.

Julio mentioned he would like to learn some guitar at some point and I offered to show him a few chords. That should be fun. It will be somewhere down the line since he really doesn’t have much time for that sort of thing.

Last night I sort of watched Saturday Night Live. I was actually more interested in recording songs for ring tones on my phone. Of course since I did that, no one called. And I forgot what song I picked.

Maybe the version of Within You Without You/Tomorrow Never Knows from the Beatles Love album. Maybe Human Fly by the Cramps. Maybe the Telephone Call by Kraftwerk. I honestly don’t remember. And though the phone is right in my pocket I can’t be bothered to open it up and check it out.

It could also be You’re Wondering Now by the Specials who I am going to see on the 21st at Terminal Five.

And though I sent out online invites for the party this summer, a few people, friends and family thought the party was this weekend. I do hope no one showed up at Maxwells looking for me and Bill. That would be embarrassing for all concerned.

So I wasn’t all that interested in Saturday Night Live, but I did try to pay attention in parts. After that I started watching High Society, starring Grace Kelly, Frank Sinatra and Bing Crosby. Music by Cole Porter.

I knew most of the songs from the Red Hot & Blue Cole Porter compilation from 20 years ago. I actually prefer those songs.

Also prefer George Harrison’s version of True Love to Bing & Grace’s version. I feel Debbie Harry & Iggy Pop’s version of Well Did You Evah to be much more fun than Bing and Sinatra.

And I do prefer The Philadelphia Story to High Society. I would take Katherine Hepburn to Grace Kelly, Cary Grant definitely over Bing Crosby and Jimmy Stewart over Frank Sinatra any day. Before I knew it it was almost 2:30.

I stumbled to bed where I had a dream I was working for a company that was changing management, much like what happened in 1982 when I was working for HBJ. I certainly saw what was going on and got a job that eventually changed my life. But that’s another story for another time.

Hope everyone has a good week. More resumes going out. Hope springs eternal. 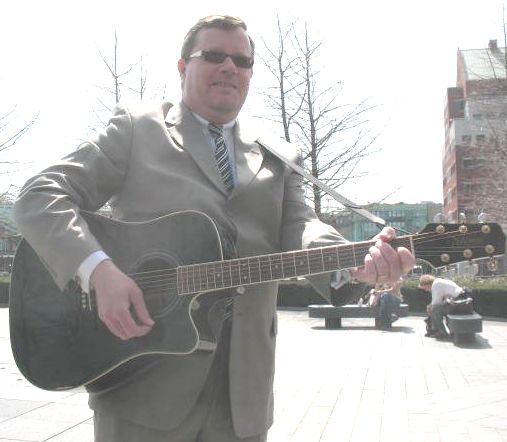 From last week. I generally don't wear a suit when playing guitar, unless Mr. Epstein insists