Last night was a pretty good night. After I wrote, I got myself together and headed into the city while most everyone at the Path station was heading away from the city.

I had the New Yorker to read as did another rider a few seats down. I tried to see what issue he was up to, but couldn’t tell except I knew it was recent since it had the iPhone advertisement on the back cover.

I walked over to Eighth Avenue and 20th Street where Bill’s friend Fred was waiting outside with a friend of his, Lila. The whole get together was to celebrate Fred’s birthday which was a few days ago. Bill joined us a moment later and we ordered drinks, they had margarita’s, I had Corona’s.

Then I had possibly the best burrito I have ever had in my life. I usually eat chicken, but since it seems all I eat lately is chicken I decided to have a burrito with hanger steak.

It wasn’t Tex-Mex or Cal-Mex, and it was definitely a ‘modern’ presentation. All I know is I did not focus on anything else while I was eating it.

Oh it was sooo good.

Lila left before dinner was over, having other things to do. After dinner we walked up to 23rd Street where we saw Wolverine. It was underwhelming. I’m getting tired of the high resolution fight scenes where you really can see anything that’s going on.

It’s not even that fancy an effect. And the movie didn’t have that coherent a plot. And no cigar smoking either. It seems cigar smoking is only done by villains these days since smoking is verboten.

We stayed until the very end since there was an open door for a sequel or for another movie. We saw the set up for Dead Pool who I never heard of until this movie, played by Ryan Reynolds aka Mr. Scarlett Johansen.

That’s one way to get a head.

We parted ways at the Path train, Fred going his way and Bill and I heading back to Hoboken. And Hoboken was hopping since it was a Friday night after all.

Near the bars were groups of twenty somethings trying to figure out where the next party was, or else lurking in doorways furtively smoking cigarettes.

I don’t think Hoboken has always been a party town, more like it happened in the past 15 years or so when the gentrification was complete.

Now it’s election season in Hoboken. I keep running into an independent candidate, a handsome guy who’s name I won’t print here since he probably Google’s his name everyday.

Ah fuck it, Chris Carbine is his name.

He always catches me and always ready with a handshake. I’m polite and try not to lead him on.

I did visit his website and when I saw that he held a rally on Pier A on April 15, he asked people to bring tea bags. I always have my tea bag ready but I don’t think that was what he meant. He’s a tea bagger and not the fun kind.

And that cost him my vote.

Republican or Libertarian, no vote from me. Sorry Chris.

The election is in a few days and in Hoboken it’s getting feverish and dirty. And there still is an enormous tax levy.

I haven’t made up my mind on who to vote for, for mayor. It will be a woman, I know that much.

Voting in Hoboken for the Mayoral election always requires a shower afterwards. 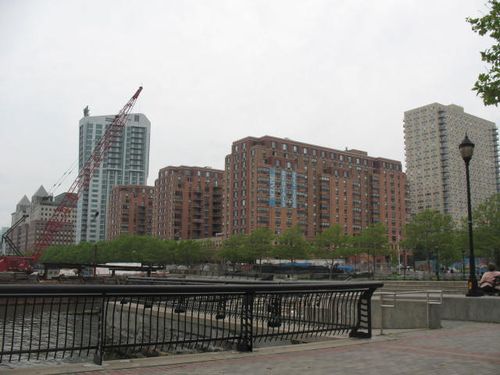 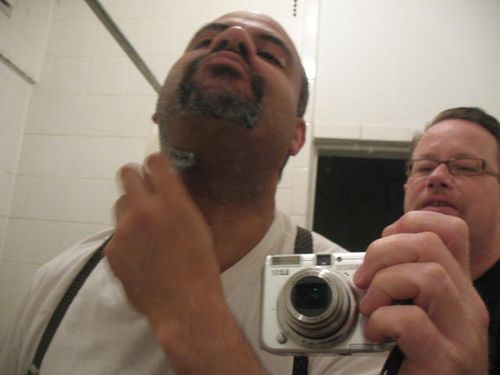