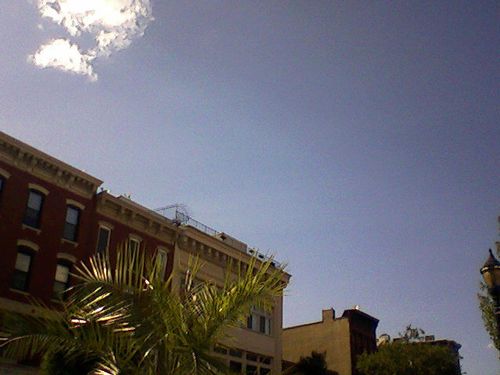 It’s summer. It’s April 7. It reached 82 degrees today. Craziness abounds. Yesterday was quite warm as well. Bananas. Bananas I tell you. Last night I sat on the stoop and had a cigar. Talked to Harpy for a bit. Talked to my pal Claymore as well.

Just killing time before I went back upstairs in time to watch Lost. I will be glad when it’s over. 5 episodes left. Last night was all about Desmond and a barrow in the marketplace. Midway through I got a call from Pedro. Normally I would resent the caller and not take the call but he’s been going through some hard times and felt I should take the call.

He thinks I’m one of the smartest people he knows and really respects my opinion. So I had to be there for him. He’s a great friend though and even if he thought I was an idiot I would be there for him, though it wouldn’t be nice of him to think I was an idiot. He’s called me up twice the past 2 nights, stressed out. Too much drama and since it’s not mine I won’t write about it here.

I caught up with Lost after pausing it for about 25 minutes. I recorded Hors d’œuvre Criminal Malcontent for Bill since he was rehearsing with Tom his drummer pal, the guy who witnessed the civil union thingy last Saturday. Last weeks episode was good and last night was the exit of Vincent D’onofrio. Haven’t seen it yet. I also spent some time learning how to play Walk on By, Help Me Rhonda, Going Down to Liverpool and Don’t Worry Baby.

Today was a beautiful day and I made it out to the river after emailing my resume to a few more job listings. No drunkards to be seen and Tariq wasn’t around. I applied sun block and found a nice spot to play. Karen Kuhl and her friend Christine walked by. Karen was surprised to see me out playing. She asked me to play something for her and I played Walk on By. Then Tariq showed up while I was playing Walk on By and he liked it.

He mentioned how he was out at an open mike last night and was a bit hungover. He wanted to play Melissa by the Allman Brothers and I said no. I explained that I didn’t want to play the same songs everyone else plays and I wasn’t interested in playing hippie songs like Melissa. I think he was a bit put off since he mentioned that he was a hippie.

I said that was why I didn’t want to play in Washington Square Park. Too many squares playing the same old crap. To cheer him up we played Love Shack while some guy played Tariq’s drum, which Tariq usually carries around.

Tariq loves that song and once again remarked on how he has to learn it. I told him to put it on the list of songs to learn to play. Then I surprised him and myself by doing some guitar improv. Same three chords with different people walking by and different comments. I made Tariq laugh and he said I made his day.

He was off to the city and asked me to come along but I opted to stay in Hoboken. He was off and a few minutes later Rand stopped by on the way to the Path train. I was in the middle of playing Don’t Worry Baby and then played Walk on By for him. All in all I was out there for 3 hours again, just playing singing and having a good time. 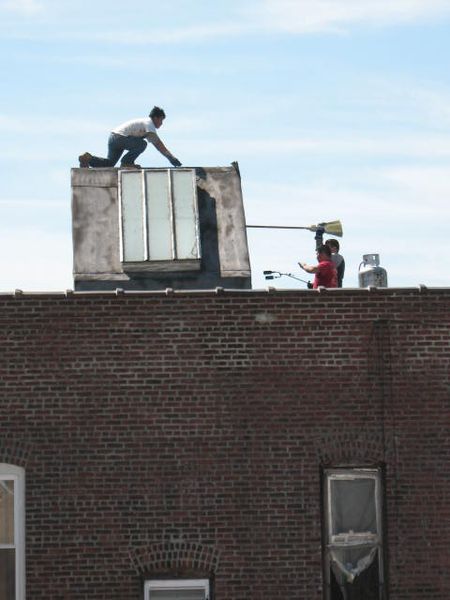