Let’s see. At 12:30 this afternoon it was 89 degrees out. On April 26. I can see it being like that in July or August but this makes it seem like we’ve bypassed Spring and jumped right into Summer.

Well you know, that global warming myth. It’s all a scam you see. They say it’s a man made problem, but of course this has happened a few times already. Unfortunately there are no records of the polar ice caps melts, ice shelves collapsing in Antarctica.

Greenland must have been green at some point, why else would it be named Greenland? Too bad Leif Erickson isn’t around to explain that one.

I believe global warming is a fact, and I believe it’s a man made problem. Not so much from car emissions, though that is a factor. It’s from the destruction of the rain forests and what I think no one wants to talk about.

It’s because there are a lot of people exhaling carbon dioxide. A lot more people now than ever before and without major rain forests converting the CO2 to oxygen, we are in the mess and on the slippery slope where we find ourselves today.

I was surprised that one of the people in my office say that she believed global warming was a falsehood. I usually hear that from the conservative blow hards, but that was a surprise and her standing in my view was diminished somewhat.

After having napped and written yesterday, I sat on the stoop in front of my building, enjoying a Padron and sipping on a Guinness. My landlord walked by, apparently he was inside the building.

He said he was planning on calling me since he got the note I sent in February, saying that it was posted on the wall by his phone at home. Now that he had me, he asked if I was still willing to vacuum the hallway in my building.

I told I was and we worked out a deal. He said he couldn’t reduce my rent, but would write me a check each month. I agreed to the deal. Julio says it would be a pain in the ass at first and maybe I could hire someone to do a deep cleaning to start off with, and then my cleaning on top of that would be a lot easier.

It does sound like a good idea. I already started today, sweeping up the front of the building and cleaning out leaves and garbage on the stairs outside that lead to the basement.

Last night was an adventure of sorts. Definitely out of the ordinary. Bill and I headed into the city, I still didn’t have a definite idea on where we were going but I did get an inadvertent clue.

A former co-worker on Facebook, Janelle, wrote that she was taking her mother to dinner for her birthday and after that, taking her to see John Leguizamo. I know Bill loves John Leguizamo so that was the clue.

I did a search for John Leguizamo NYC but all that came up was his IMDB entry. A put that in the back of my mind walking down the gentrified Christopher Street scene. Lot’s of bridge and tunnel LGBT teens hanging out but mostly the gay scene in now in Chelsea.

We walked over to Seventh Avenue South towards the Actor’s Playhouse where I saw a poster for John Leguizamo. I told Bill I guessed it, but not really since we were right on front of the box office.

The show was good, it was a work in progress titled, A Work in Progress- Don’t Hate. Bill loved it of course, laughing uproariously throughout.

One or two times I was the only one who laughed at Leguizamo’s jokes, making him mention that he would wait for everyone else to catch up.

I did see Janelle and her mom and hoped to see them after the show, but it was such a warm night and all the bodies in the Actor’s Playhouse made it like wearing a wool sweater inside, plus the seats were a bit on the small side, not really geared for a 6’2” frame like myself or Bill.

After the show we made a beeline for the street afterwards, hanging out in the fresh air for a few minutes before giving up and heading towards the Path train on Ninth Street where we rode the train up to 33rd Street and then back towards Hoboken so we could get a seat.

By the time the train made it back to Ninth Street most of the people were standing up against one another. Young couples heading home early after getting their drink on.

Bill and I made it back to Hoboken were young patrons were either lined up to get into crowded bars or standing outside of those establishments smoking.

Back home Bill went right to sleep and I stayed up and watched a repeat of Lost that they show on Saturday nights.

Woke up, Bill was on his way to clean out his mother’s apartment, I was off to get breakfast. After that, with the temperature rising, I decided to clean up the front of the building.

Then I fixed up my bike and called Rand and we went cycling up to Guttenberg, as far as the Galaxy Towers. A fun ride, haven’t hung out with Rand in a while.

Lost is better than Heroes. 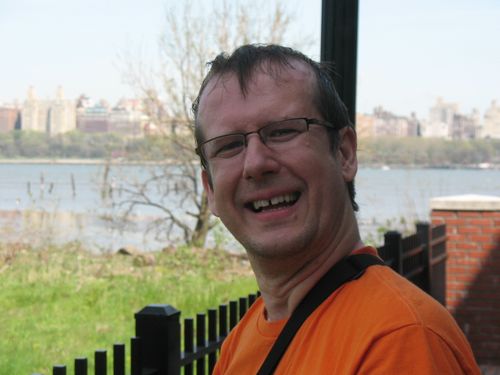 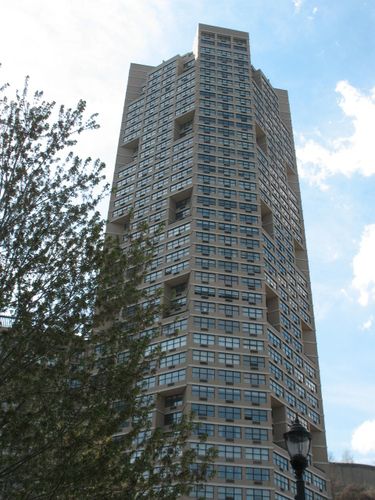 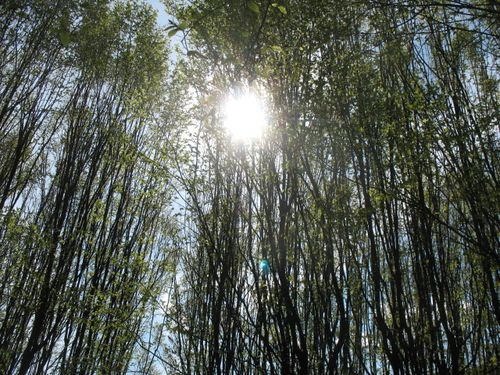 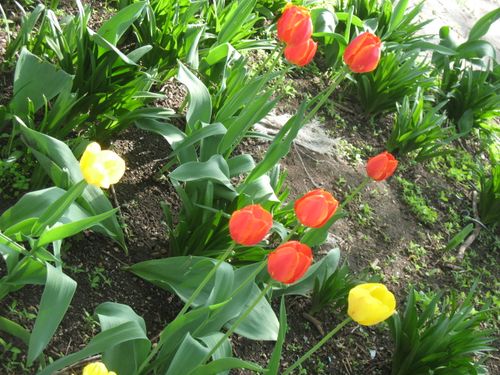 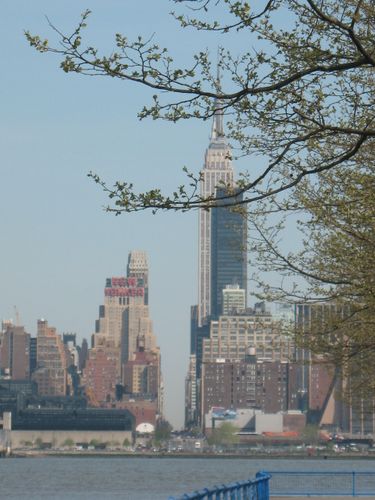 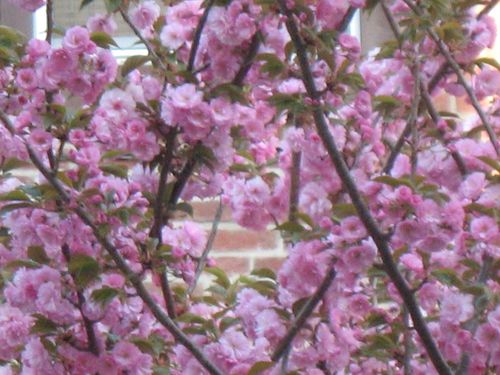 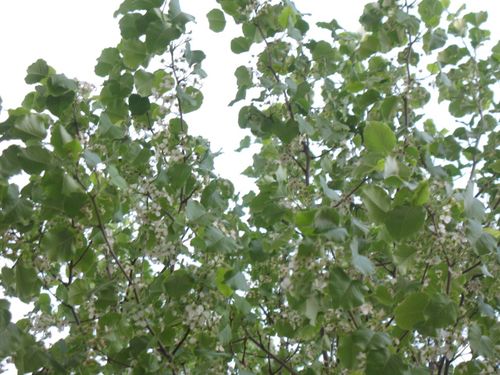 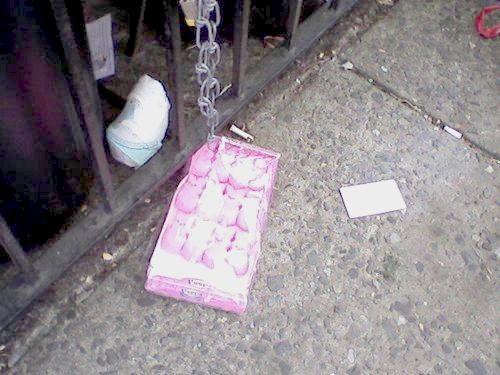