Well this starts at rock bottom. Been a good day so far, but now Bill has flown off a handle the size of a aircraft carrier in the Pacific Ocean. A ton of resentment has collapsed upon me. Oh, and we’re about to go out and actually do Karaoke which is beneath Bill.

But he says he’s going to make me happy which right now means putting me through hell in order to get to that happiness.

I myself am exhausted from the Gate Sale which was successful, just four hours but it was tiring. Then I met up with Rand and went over to Roda’s daughter’s first birthday. Her name is Autumn.

Bill said some heinous things once again. I’m no innocent, surely I added to the fire, but reined it in. He was anger on a short leash. All about who cleans up more. I’m pretty sure I do and he’s pretty sure that I’m wrong.

We were supposed to meet up at Rand & Lisa’s since he arranged the whole thing. Some drinks and snacks beforehand. We’re taking a pass on that obviously.

I suppose I wear my emotions on my sleeve whereas Bill’s simmer at a low boil just below the surface and tonight’s match was the concept of going out and doing something fun and silly which Bill feels he is not when he leaves the apartment.

I’ve generally been in a good mood all day, talking to people and selling my past. Bill was upstairs cleaning the apartment in his way while the Lawn Hors d’oeuvre Criminal Mischief marathon played on the TV.

Well we didn’t make it to Rand and Lisa’s beforehand. Things were too ugly, too heated to inflict upon my friends and some of Rand’s family. We caught a bus into the city which at the next stop turned out to be the bus that Rand, Lois spouses and family also got on.

Unfortunately Bill and I were starting to open up on our feelings. Once the others joined us, I saw it a chance to avoid Bill altogether and focus on the other people. And it worked somewhat, once everyone settled in their seats I said that I was glad everyone could make it to the meeting.

Bus ride, subway ride and we were around the block from where I used to work a few months ago. Songs were sung and at one point The Wind Cries Mary came on and no one was singing so I took the mike and did what I thought was a decent cover of Jimi Hendrix.

It helped that I knew the song inside out and knew the inflections of Jimi’s delivery. I surprised myself actually.

A few other songs were sung, You Shook Me All Night Long, Save the Best for Last and Oklahoma are what springs to mind.

I had a good time, but I’m sure it would have been a better time if Bill didn’t have a loud argument beforehand. Spent too much avoiding Bill which did not make for a fun time. For one thing, I didn’t know when it was announced after leaving McSwells on September 12 and walking back with Rand & Lisa and Lois & Fred, that Karaoke might be a fun thing to do and that Bill had horrible times once or twice doing it.

You don’t speak up, how is anyone going to know? To find it out an hour or so beforehand seemed underhanded to me, even after giving him many opportunities to back out.

I also gave him excuse to go though. He mentioned that it might be too expensive for him, though saying that to an unemployed guy while he works a good job was ridiculous.

Bill and I did have a good talk, no raised voices, just the two of us talking in inside voices and each of us explaining why and how they were feeling did help.

Overall it was a good day with a hellish intermission but it definitely could have been a lot better. 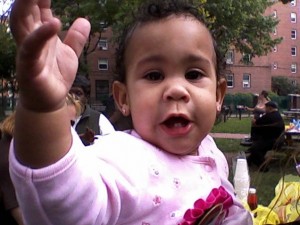 It’s been a lovely Friday afternoon, from what I can tell by looking out the window. I normally would have been out and about doing something, but no, not today. Apparently while watching the taping of Spectacle with Elvis Costello last night, Bill was home and tried to DVR something.

But the DVR wasn’t working at all. I don’t know if he was trying to record something or watch something that he recorded but he was unable to. By the time I came home last night Bill was fast asleep, snoring since he decided not to wear his sleep apnea mask. (Mask is broken and needs a replacement).

I found out this morning that Bill had arranged for Cablevision to stop by and try to fix the box. Now they might be able to and they might not. They were scheduled to be here between 2PM and 5PM. It’s 6:09 now.

Bill has spoken to them and they said they might be here by 7:00. That means I’ve been waiting for 5 hours. In that regard, it’s true. I have no patience.

I was able to get some things done before 2:00 and I hoped they would get her soon enough. But of course they didn’t. I even saw a cable guy a few doors down when I was running around earlier and I asked him if he was here for 616.

No, he was here for 608. I guess it’s easier to send a few different guys out than have one guy work a certain area. So I sit and wait. And wait. And then wait some more. I know this usually happens to everyone sooner or later, but in this instance I have had no say in the matter.

Bill made these arrangements in my best interest. Since it’s more than likely they won’t be able to fix the box (Bill-optimist. Me- not so much) he didn’t want to turn in the broken box with shows that I have saved for some time now.

Laurie Anderson narrating a documentary on Andy Warhol is probably the oldest recording on it. I’ve seen it once haven’t seen it since, but still you never know when someone with an interest in 20th Century American Artists might stop by and after climbing four flights of steps I’d be more than happy to oblige.

Customer service phoned and said the guy would be here shortly. I asked what is shortly. They said 10 minutes. I said well I’ve been waiting since 2:00. She said well just sit and wait for the bell. I said, ‘that was a brilliant idea. Why didn’t I think of that before?’

True to her word the cable did show up around 10 minutes later. Nice guy, handsome chap. Turns out he hates Cablevision too! He rebooted the cable box with the hitting of a few buttons then for 5 minutes it reset itself and now it’s working fine. And it only took 5.5 hours!

Harpy then called making ‘my phone was on vibrate’ excuses for not answering his cellphone. I suppose when I turn 58. I too will have some authority to not answer my cellphone. Then Julio called while Harpy was yakking away and I took Julio’s call since I hardly ever hear from him.

He was sitting on the stoop telling a neighbor not to throw his empty jug of Dewar’s in the garbage, ‘It’s recyclable’, he yelled. I walked downstairs where the guy hurried down the street. The bottle somehow wound up on the guys stoop a few doors down.

I had printed a dozen fliers for a Gate Sale that I am participating in with Rand and Lois. We did this last year and now we’re doing it this year. I walked up the block and taped the first flier to a telephone pole at 8th and Park.

Walked up to Washington Street and taped a few more fliers until I ran out of tape and wound up buying some crap tape which I wrestled with. Who knew packing tape could stretch so far? Ran out of fliers and retraced my steps, and at 8th and Park the first flier was already torn down.

I did get a call from Annemarie who is treating herself to a B-52’s concert at Humboldt State University. I’m sure she will have a good time, A B-52’s show is always a good dancin’ party!

I can’t wait to hear about it!