Once again, this is being written on Bill’s Mac. As I was making some dinner an hour ago, the power went out and I have been having some difficulty getting my computer to start up again.

I’m sure it will, just not right now. Just not, when I have to write. Last night’s entry was quite late. I had taken 199 photos at All Points West and kept about 160. I got caught up in the editing and resizing before I started writing, which made me write so late.

And it wasn’t easy since I was fried from being out in the sun most of the day. Bill came home zombiefied after going out with the cast and crew to the Cubby Hole in the Village, just as I was getting ready for bed.

I do know I slept incredibly well, no thanks to the constant downpour. Bill was up before me headed to church. I slept in for another hour or two, no worrying about the sheets being hogged.

When I woke up it had stopped raining. I showered, got most of the purple X off my hand from the festival yesterday. I called Meghan since her niece was going to today and wanted the wristband.

I was going to go to the Guitar Bar and leave it with Jim Mastro but I called beforehand and Jim told me the niece had picked up the other wristbands and was on her way. It was just as well since once again, it was pouring out.

The other was Unleashed, starring Jet Li, Bob Hoskins and Morgan Freeman. I rented that one since the music was by Massive Attack. In the UK the movie is called Danny the Dog which is also the title of the soundtrack album. It was an OK kung fu movie, though a bit schizophrenic.

Had 2 California calls today. Annemarie for the usual weekend call and Juan who was in Berkeley visiting his uncle. Juan was hilarious and had me laughing quite a bit. He’ll be back next weekend.

And of course I wish Annemarie and Earl were around. I felt that way a few times last week, walking along some of the same streets I walked along with Anne & Earl.

Juan tried to convince me to go again to All Points West to see MGMT playing and take some pictures. But they’re not going on until late, and with all the rain in the past 24 hours, it’s more than likely muddier than ever.

And True Blood is on tonight and I am quite exited to see how things will turn out this week. I know I could watch True Blood anytime and here is MGMT playing a show that I could see for free, quite close to home, but I just don’t want to get caught in the rain.

As for work, I will probably go in on Tuesday to see how things are. I don’t have a phone and no computer thanks to Vivek so I don’t know what the point will be in going in.

Potatoes for salad are at a low it seems.

Just checked my computer, which still won’t reboot. Screen frozen. Leaving it unplugged for a while, perhaps that will do the trick.

It was Rand’s suggestion the other day to do that, so hopefully it will work again. Or I will just have to bring it to Rand’s again for a closer inspection.

7:57PM
Bill plugs in the computer and it reboots. This is written on my computer.

Last night was pretty quiet, just hanging out, chilling. Listening to music mainly. Bill was out stage managing. Julio wasn’t doing much since he was getting up early for work today with NFL films and Eli Manning. Some football player I suppose.

Bill came home a zombie once again and this time with a head cold which is probably from working too hard and not eating properly. I mentioned earlier that Bill should be more careful about his diet when working so hard, but as usual the words got in the way.

He soon fell asleep sitting up watching TV so I gently guided him to bed where he fell fast asleep. I watched some TV for a while and eventually joined Bill. That went well except for the part when I hogged all the sheets, making Bill a bit upset.

I woke up around 9:00, did my thing, bagels, newspaper. Almost got a haircut at Mr. L’s but my barber Tony always had someone in his chair. Made plans with Meghan to meet up this afternoon with Lily and Ruby at the Guitar Bar before heading off to All Points West.

It was just a quick hop to the train station from the Guitar Bar. We stopped for a slice of pizza in the train station before hopping on the Light Rail. Lily and Ruby and their friend Francesca were itching to see Arctic Monkeys and Gogol Bordello.

A friend of Meghan’s brother hooked us up with passes so admission was free which beats paying $90.00 a ticket. It was quite a nice day for a festival. Nary a cloud in the sky. The sun was beaming.

The girls ran into the crowd and Meghan and I found some shade and people watched while we split a beer.

Kool Keith played on a secondary stage and I don’t think I would have minded all the ‘mother fuckers’ coming from his set if it wasn’t for the teenage girls with us. But they were running around in the mud and weren’t paying much attention since they didn’t care for Kool Keith anyhow.

Arctic Monkeys were pretty good but I’m sure if they played a room like McSwells it really would have been impressive. After they finished, Gogol Bordello came on and they were entertaining for a while, but basically all their songs sounded the same after a while.

The girls loved both the Arctic Monkeys and Gogol Bordello. And the crowd did too.

My Bloody Valentine came on a while after that and sure enough they were incredibly loud. I saw them at Studio 54 19 years ago and they were phenomenal, here they were just loud and their power dissipated in the open air.

It was too much of a sound mess and with all the mud from the past week of rain it had worn the girls out. We headed out on the long trek back to the Light Rail, opting to skip the rest of My Bloody Valentine and totally missing Tool who was headlining.

The ride back was fun, the girls were all charged up from the concert and Lily had legs covered in mud. We made it back to Hoboken where Lily tried cleaning off her legs in a fountain on Pier A, but the water pressure was too strong. She was able to clean her boots though.

A quick late night Thai dinner and soon they were dropping me off before heading off to Gen Ridge. Really a wonderful time today.

Here are some of the pictures I took. 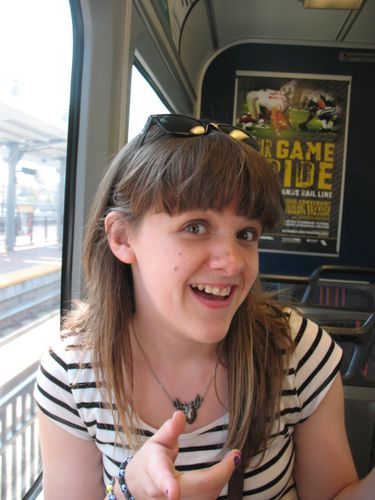 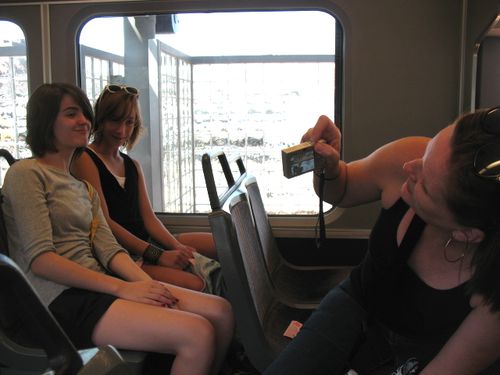 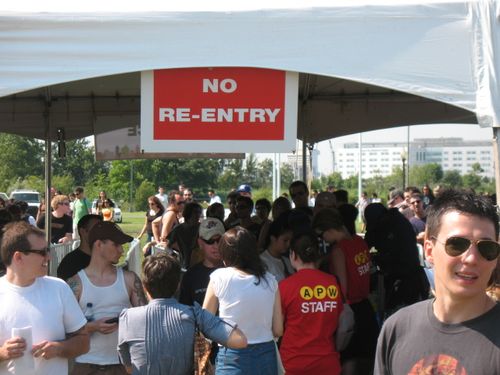 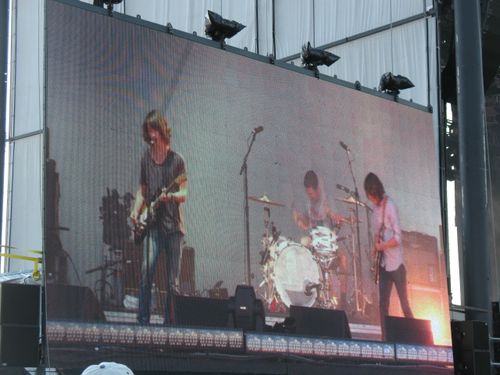 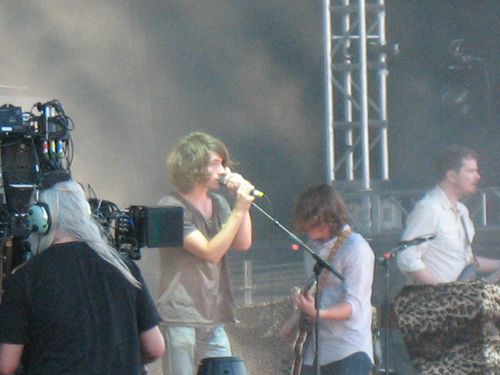 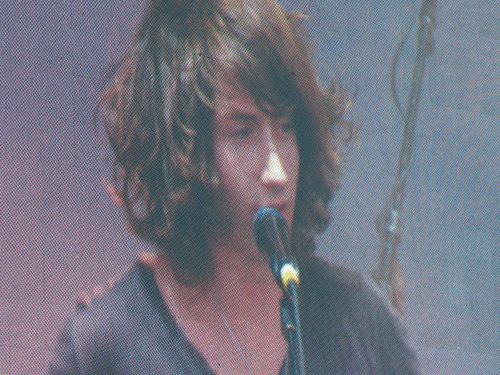 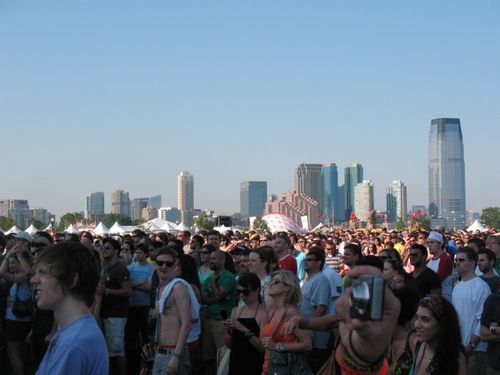 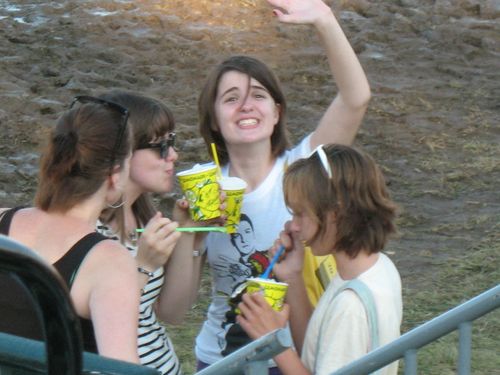 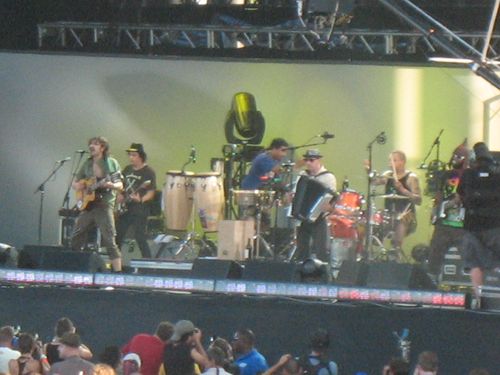 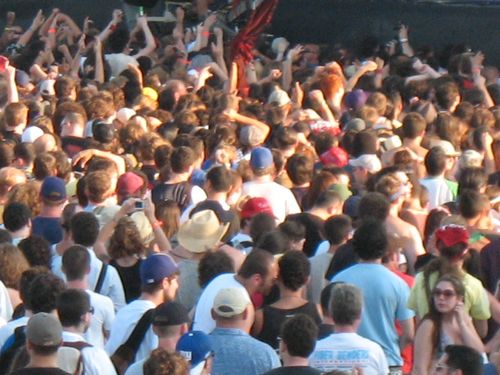 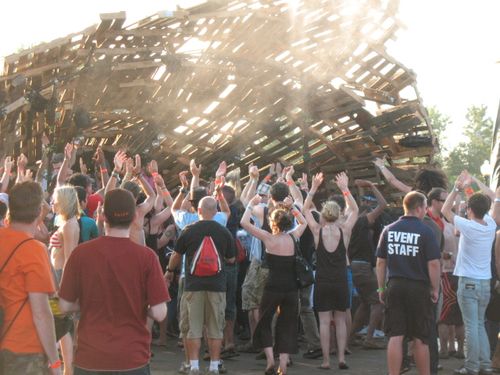 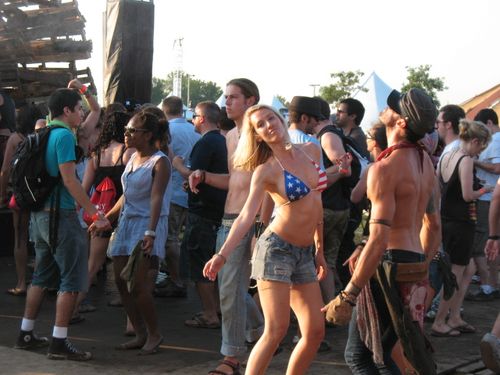 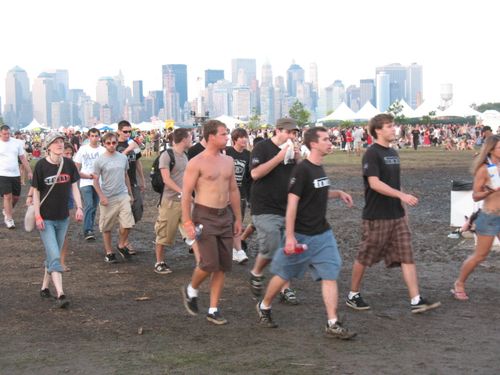 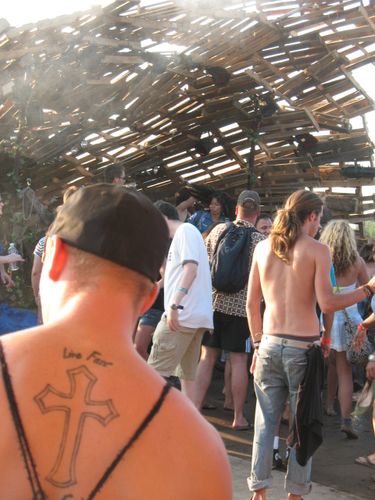 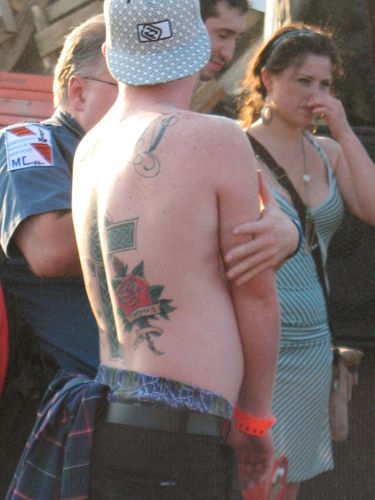 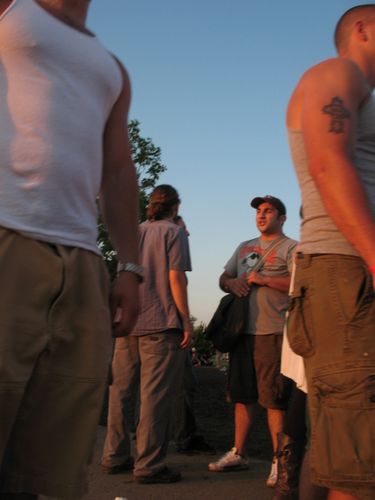 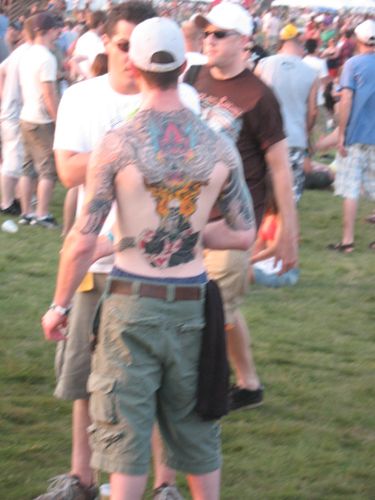