I am now back home. Tonight after work, I was listening to Born Under Punches, Cross-eyed and Painless & The Great Curve by Talking Heads, from Remain in Light tonight, and it got me to the bus terminal in 17 minutes. I should walk on the east side of the street, where there seems to be less people.

Songs with a good beat really gets my momentum going. And I side step the pedestrians as I charge my way down the avenue to the bus terminal.

Today was the late shift. Before I headed in, I got my hair cut at Mr. L’s, where my barber Tony was ready for me. I was his first customer at 8:00. He’d been there since 5:45, mopping the floor, opening the barber shop at 7:00.

I got it cut very short, with a light fade. My hair grows thick and it’s been so hot lately I couldn’t take it. It made for difficult sleeping. Freshly shorn of my locks, I came home and had some more coffee before donning my suit and heading out.

I also applied sunblock on my face since it was quite bright outside. Stood in the shade waiting for the bus next to some woman headed off to yoga. Read the New Yorker on the way and soon I was in the bus terminal.

Pedro called as I was descending the stairs and I told him I would call him back. Once again I was early and sat in the shade of a nearby skyscraper when I climbed the escalator from the subway. Called Pedro back who told me of his really fun time at Summerstage and the skate circle.

I wished I could have been there, but this is my lot in life lately. It was a brief talk as we were both heading into work. Pedro remarked yesterday when we were hanging out that it looked like I lost weight. I think he’s right, I do think I lost some weight.

It was Calvin and Don Birch in the store. After listening to what Raymond had to say last night, I was wary but didn’t show my cards. Played it close to the vest. Jazz was playing of course when I walked in, but it was Thelonious Monk playing Duke Ellington so that wasn’t so bad.

When it ended Calvin asked that I put something on. So I put on some Cole Porter stuff on my iPod.

The day progressed in it’s regular manner. Today being the first day of Summer, meant that it was the longest day. It didn’t necessarily feel that way since we were somewhat busy. Of course there was a glitch in the way the day was going.

Last week I was entered into the computer system and able to make sales. But no one told me about how to make sales my own, therefore getting the large share of a commission on items that I sell. The other day I made some big sales but since I opened the register, my name was the default for sales.

Today I didn’t open the register and when I sold a pen for $340.00 I didn’t get the sale. Instead it went to Calvin. I was upset with that but kept my displeasure under wraps. Calvin went out for a little while and I complained to Don Birch.

When Calvin came back I went out for a short walk. I tried to call Bill but got his voice mail at work. Then I remembered that he was taking half a day at work and called his cellphone. I dialed and whomever answered said the name of a restaurant. I called again and was hung up on, adding to my frustration.

I decided to give it one last shot and finally Bill answered, telling me he was driving his friend Tom home. That made me think that he had Tom answer the phone and thinking he was being funny, answered the phone the way he did, saying it was a restaurant.

It was a brief call with Bill and I once again internalized my frustration.

I came back to the cigar shop and Calvin mentioned he was going to make things right and deleted the transaction and reentered it, making me the seller of the $340.00 pen. I thanked Calvin for doing the right thing.

Calvin soon went home and it was me and Don Birch. A few customers came in, including one guy who was the personal assistant to one of the stars in Grown Ups, a comedy that is being released this Friday. Nice guy, very friendly and bought about $350.00 worth of cigars from me.

I made sure the sale was in my name this time. 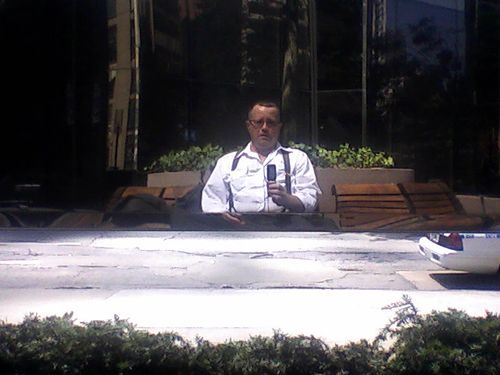