The day we kidnapped Barry Manilow was quite an eventful day. Wait. That’s not it. That’s another story, yet to happen.

Here I am writing again even though I was thinking of not writing. But that’s what thinking gets you. 500 words or more, a tour or more likely, skimming the surface of my consciousness. Am I shallow enough for you?

Let’s see, this player is on random.

Had what might have been an interesting dream last night. I was in Empire Coffee and Jeff the guy who I was friendly with behind the counter forgot my name. I might have called him Eric. There was also another guy helping me with my order when Jeff/Eric faded into the wallpaper.

In real life, Jeff lives around the block from me, his kitchen windows are a few floors down, opposite mine. I told him, my apartment had Christmas lights in the window year round. His reaction was to wonder what type of person has Christmas lights year round.

Me. I am that type of person. They change colors and give off a nice glow and also makes it difficult to see past the lights, giving me some privacy when I parade my not so private parts. A shame, a 20 something young man questioning something like year round Christmas lights.

I guess he’s never had an Ann Boyles in his life.

Work today, the late shift. A hot day before Father’s Day which meant some extra sales, for those errant kids who needed to buy something quick for dear old Dad. Also some wives who don’t know anything in particular, asking for a box of cigars when they mean a humidor.

And a cigar cutter which they worried about their husbands losing a finger in it. I told one particular wife that her husband losing a digit would be unlikely. All he would have to do is not put his finger in the cutter.

Dumb. As. Wood. And I certainly don’t mean to disparage wood.

I have cut down on smoking cigarettes, but I was outside having a smoke and some tourist bloke walked up to me with a dollar in his hand asking to buy a smoke from me.

I showed him my roll ups and he said that was fine and gave him two for the price of one. I usually give them away when someone asks but this bloke had a buck in his hand and with this economic climate, I couldn’t afford not to take the buck.

For lunch I had an excellent Padron 1926 Anniversario #9 cigar. Quite nice, and one of the best cigars I’ve ever had. I smoked near the park and on the bench next to me was a guy playing a pocket trumpet which was cool to listen to. I gave him the buck that I made from selling cigarettes.

I was going to smoke in the back room, but there were two old geezers who made me uncomfortable, plus Marcus was there and I really wouldn’t be able to relax with him hanging around. Lunch with the boss? No thanks.

And with Marcus around it made what should have been a relaxing day, a bit tense. Not that anything was really happening that could be considered bad behavior, just that he’s the boss and usually not in on the weekend.

Besides Marcus, it was Raymond, Don Birch and Sean. I am the oldest store employee here. The usual sniping between the three of them went on, but Raymond seemed a bit down. He eats a lot of crap and today he had the blues.

When Sean and Don Birch left, it was just Raymond and me and I’ve been schooling him on the Beatles. We played Please Please Me, With the Beatles, A Hard Days Night and most of Beatles for Sale over the past couple of days.

I get a weird vibe from Raymond, like he’s wrestling with something deep, but I could be wrong. He just might be overworked. I do enjoy working with him the most though.

Tonight after work I made it from the shop to the bus terminal in 16 minutes which was a better time than last night. 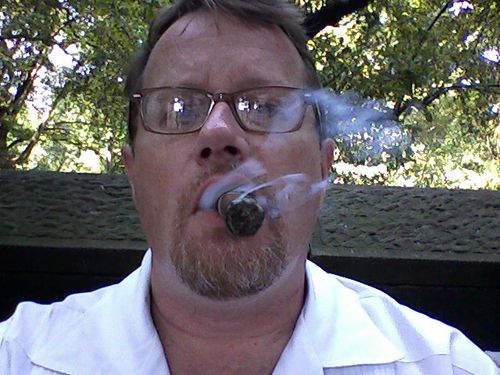 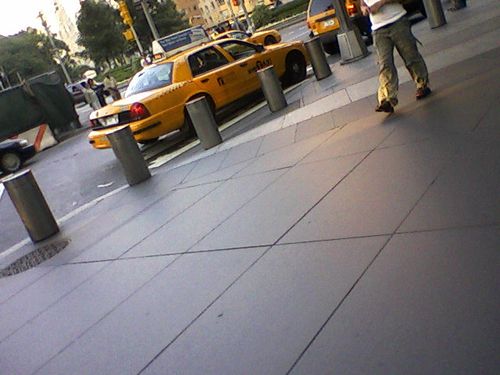 And New York State is voting on increasing the tax on cigars from 46% to 90%. If it passes, I am screwed