Wow. Just got back from the first major bike ride of the year. I think I did close to 40 miles, if not more, though my odometer said 50 plus miles, but I doubt it. I am pretty tired though.

Stretched before and after but still I am a Zombie at best.

I thought about doing it last night but didn’t say anything. Bill and I watched an Eddie Izzard DVD that I took out from the library. Being a free DVD from the library means that there’s a good chance it won’t work, and sure enough the last two chapters were unwatchable.

We did watch the extras which were fun up to a point then it started freezing up and next thing you know it’s back to the library for Eddie Izzard. Watched the news after that and then it was time for a good night’s sleep.

I know tonight will be an even better sleep.

So I was up and around this morning, did the bagel/newspaper shuffle. After a nice breakfast and after reading the paper I decided to get the bike gear together.

Everything was where I left it a couple of months ago. Hard to believe it’s been a few months since I last went bicycling.

I kissed Bill good bye and headed downstairs where I stretched and tried to push over the tree in front of the apartment building.

Filled up the tires and it was off to the 9th Street Elevator to Union City. Saw the first couple of very good looking men on bicycles. Of course they weren’t wearing helmets like I was, raising my dork quotient up just that much.

Over to Palisade Avenue which was pretty much smooth sailing. The obligatory stop at 127 Jane Street where a US Marine Corps flag was hanging underneath and overgrown weeping willow that didn’t exist 7 years ago.

Back onto Hudson Street, no sexy, handsome Hector outside Five Corners liquor store. Hudson Street was busy but not overwhelming. Up to North Hudson County Park, named after James Braddock aka Cinderella Man.

Called Bill who thought I was in Bryant Park, which I wasn’t.

After a brief rest, up to the George Washington Bridge, where I was surrounded by the weekend bicycle riders who fancy themselves in the Tour de France, all geared up in branded clothing and thousand dollar bikes. I ride for fun, I don’t know why they ride.

Stopped at 178th Street where I called to see if Harpy was around. I didn’t want to hang just say Hello, but it was just as well since his cell phone went unanswered.

Headed down that very steep hill right at the start of the bike path for me, just under the bridge. Another rest then I was non stop to 59th street.

Got called a jerk by a sit down rider, one of these riders who sit in a chair and just pedal with a flag flapping behind them letting everyone know that they are there and to watch out for them.

That’s when I was called a jerk.

I just continued on my way and rode up 59th street and headed into the park. Watched the skaters for a while then decided to do a near lap around the park.

Not a full lap up to 110th Street, but used the short cut at 100th Street. Good looking cyclists everywhere.

I just wanted to avoid the killer hill, too steep and I figured I had done enough at that point. There were a few hills that don’t look too bad but they do have a slow incline which also takes a lot out of you.

Back to 59th Street and back on the bike path. Rode that to the World Trade Center Path train and then over to Exchange Place in Jersey City.

A nice ride through the Newport area but it still pisses me off how bike unfriendly is when compared to Manhattan.

One of the reasons it took me so long to do this bike ride today was a sudden fear of how long it is, and how for the first half I ride amongst cars which is unnerving sometimes.

Wouldn’t you know it, as I riding through Church Square Park just a block and a half away from my apartment, I nearly took a spill.

My front tire got caught in the space between the sections of the sidewalk and I couldn’t get out of it. I didn’t fall, just planted my feet and stopped.

A minute later I was in front of my building stretching again. 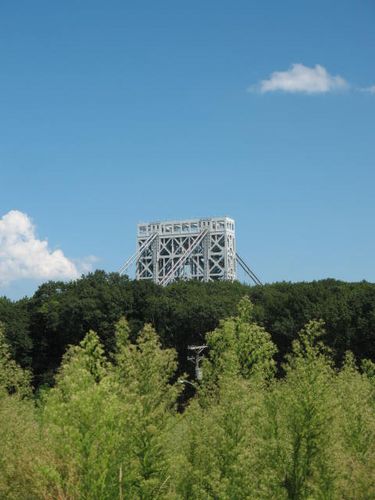 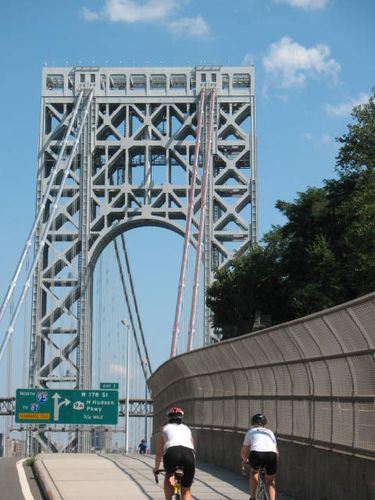 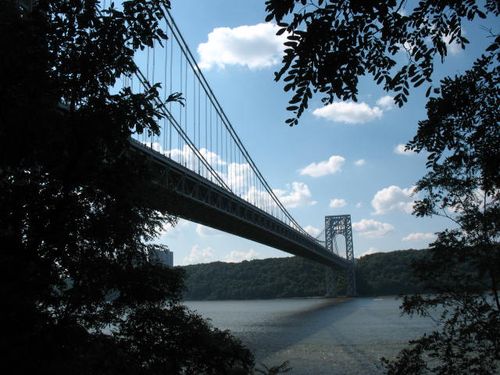 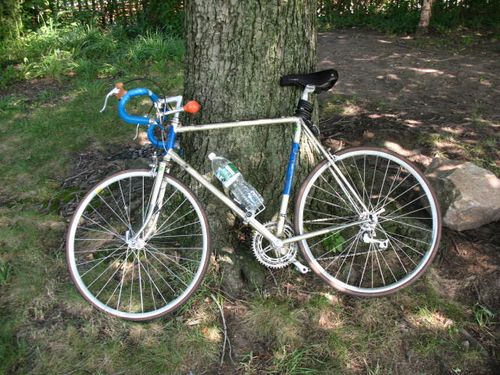 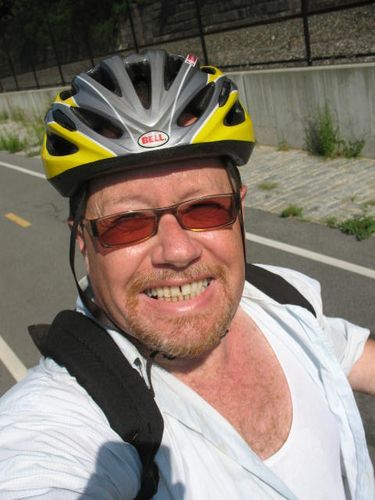 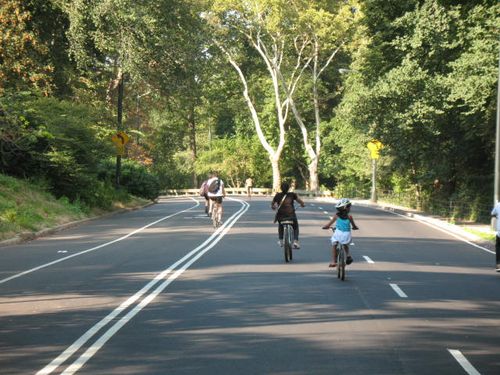 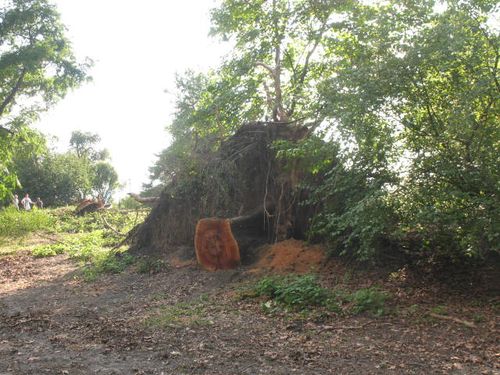 Old tree damaged by big storm a few weeks ago 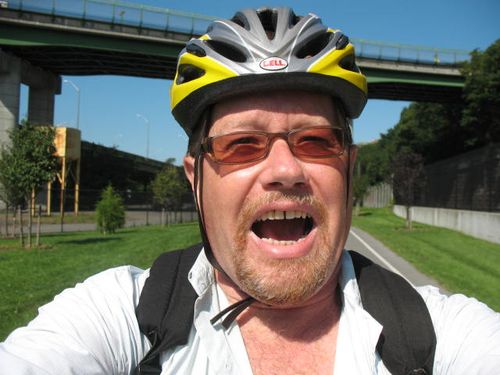