Well it’s been a weird day today that’s for sure. I did intend to go into the office, but a little later than usual. Last night I watched True Blood and it certainly was the most gruesome episode I had seen so far. A bit disturbing.

Bill and I watched it and we were both a little grossed out. After that we watched Hung which Bill didn’t like at first but now he’s getting into it. Then Entourage which was mainly about Turtle was somewhat entertaining.

Bill was off to bed and I stayed up a little longer watching the news and deleting tons of emails. Slept fairly well. It was stuffy in the apartment since the windows were closed due to the torrential downpour outside.

Bill was up and active, he off of work this week, and he’s stage managing a show in Brooklyn. He was off to 23rd street in Manhattan to pick up a U Haul truck for the load in. I was going in later so I slept a bit more.

It was incredibly hummus outside, the air was thick with chickpeas. I showered, shaved, had some coffee and a bowl of cereal. As I walked towards Washington Street I was drenched in sweat. And the bowl of cereal in my stomach was making itself known.

I turned around and went home and went back to sleep. That’s how the day went. Cat naps here and there during some intense thunderstorms. I did run an errand to get a birthday card for my niece Hillary who’s birthday is tomorrow.

I even went to the Malibu Diner and had some lunch though I couldn’t get the Peter Cammarano booth of corruption. Came home after that and napped some more.

This time I set an alarm to wake me up in an hour, but when it went off another thunderstorm was going on so I just napped some more. Felt a lot better after that and got myself together, changed yet another t-shirt and headed out to drop off the birthday card in the mail.

I decided to walk by City Hall where a rally of about 500 hundred people were demanding the resignation of Mayor Peter Cammarano, caught in an FBI sting accepting $25,000 in bribes.

The week before Cammarano fired someone in Hoboken’s government for taking a bribe, saying there was Zero Tolerance for that sort of thing. Then he got nabbed and in the process, found some tolerance which was probably next to the box of absentee ballots found under a desk after the run off election in May.

It was quite a scene. Some guy wearing a Cammarano shirt kept shouting that we (the majority of people demanding Cammarano’s resignation) should go back to where we came from. I told him that I had been here for 25 years.

OK, 14 years in Hoboken with an 11 year stay in Weehawken in the middle. This guy was born here and probably a product of the Hoboken school system in the 1970’s.

Keep in mind that these are the people who if they ever head into Manhattan it’s more than likely to a show at Madison Square Garden, a block away from the Path train. Hoboken is their world view, a mile squared world view. 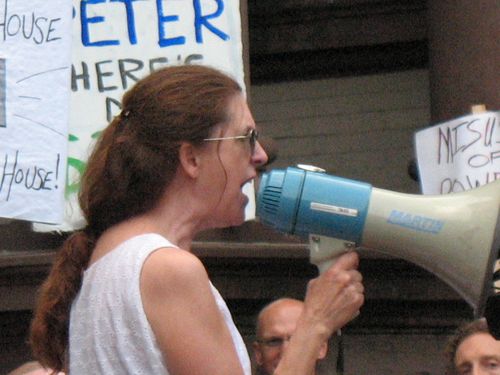 I saw Sheilah Scully on the bullhorn and talked with her for awhile when some one came up next to us, ranting about either the Rabbis or the rabbits. Sheilah heard Rabbis, I heard rabbits. 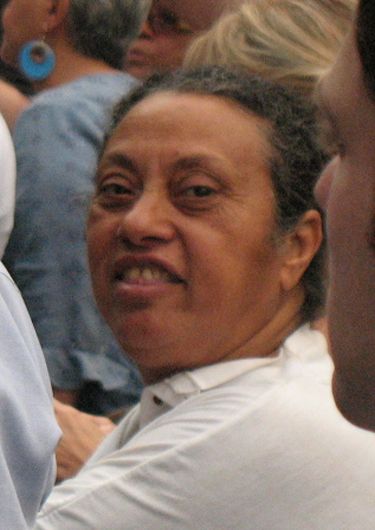 She then asked me if I was Jewish and I said that I wasn’t. I should have said yes to see what she had to say then.

A few pro-Cammarano people waded into the crowd with posters stating that Peter Cammarano is 100% innocence and A Person’s (Peter)!!!! Innocent!!!! They were rightly shamed but stood their ground.

Sheilah was called a yuppie which was definitely funny since what defines a yuppie these days? Someone called one of the pro-Cammarano supporters a whore which made the whore’s buddy get a police officer over there.

You can’t call someone a whore! But you can I explained. You just can’t hit them. Well she didn’t want to hear that.

It was heated as both parties obviously love their town. I did have a talk with another born and raised Hobokenite, who was all for the mayor resigning. He mentioned that this would have been handled differently 30 years ago, it would have been a lot bloodier.

That’s progress for ya! 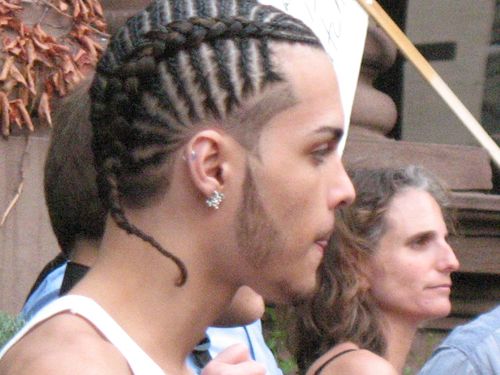 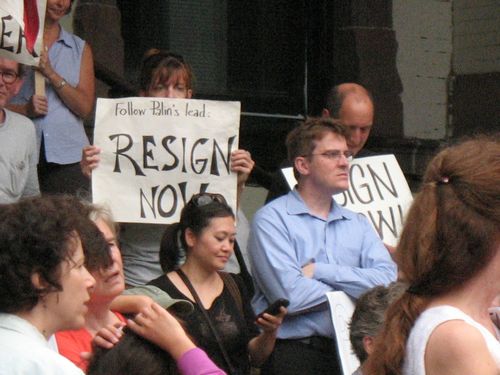 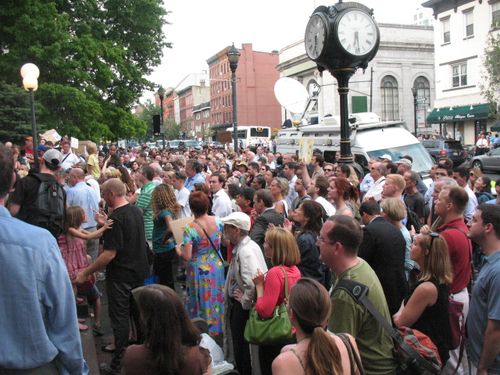 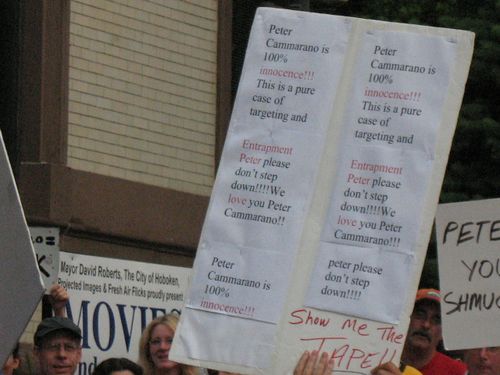 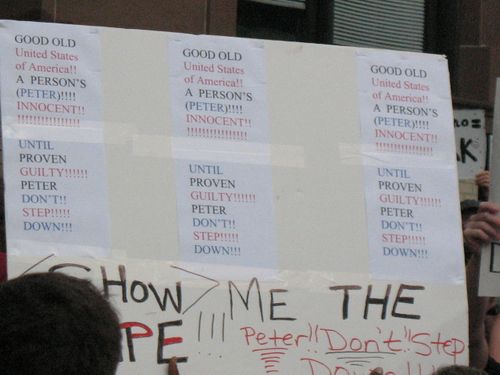 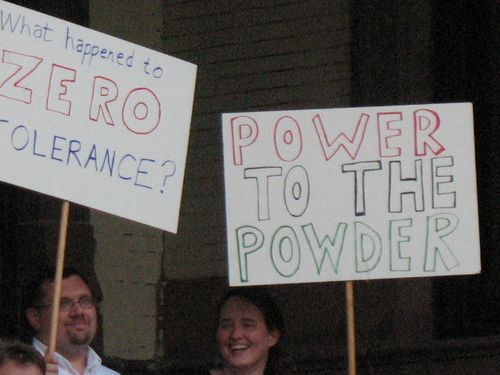 From the Huffington Post:
Peter Cammarano on tape:
“This is the way Mr. Schaffer (his partner in crime) and I both see the world through the same lens, right. In this election, hopefully, we, we, we, you know, we get to the point where I’m sworn in on July 1st, and we’re breaking down the world into three categories at that point. There’s the people who were with us, and that’s you guys. There’s the people who climbed on board in the runoff. They can get in line. . . And then there are the people who were against us the whole way. They get ground . . . They get ground into powder.” 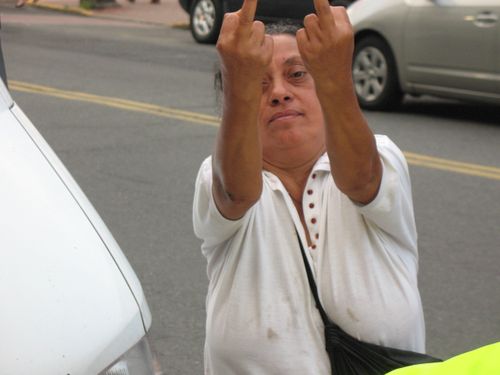