Well this is a first. I’m writing and my sister is about four feet away from me. She’s watching the first episode of True Blood from this season. Of course she’s hooked. It’s quite good.

Earl isn’t here. He went upstate with his father Rex, to see Rex’s mother and sister. It’s been a nice day. Almost went bicycle riding, nothing too much, just local.

I arranged for Annemarie to borrow Stine’s bike, but it looked like it was going to rain so we just walked around Hoboken.

Basically covered the waterfront from 14th Street down to the train station. A nice walk with a balmy breeze. Lot’s to talk about too.

My sister is just great and one of my closest friends. Hard to believe but I’ve known her all my life. It was a lot like when I was growing up, Annemarie and I would go out for long bike rides, not telling anyone where we were going, just riding through Rochelle Park, Saddle Brook and Paramus.

This was before cellphones so there would be no way for anyone to get in touch with us if they had to.

Other times during the summer, Anne would take me for a day trip to Darlington County Park up by Mahwah. She’d drive in her red Volkswagen Beetle and we’d spend the day just swimming, paddle boating and listening to music.

Anne moved up to New Hampshire a few years later and I would sometimes take a bus trip up there for a week. We would go blueberry picking, or a trip to Maine to go swimming in the ocean or a nearby lake.

Sometimes we would drive to Brattleboro, Vermont which was the cultural hub of the area. We saw the movie Annie there as well as the Wrath of Khan.

Sometimes I get the two confused.

Wrath of Khan features a space orphan having some sort of insect being inserted into it’s ear, didn’t it? Great songs too. In Brattleboro, I would also stock up on used vinyl records, buying Beatles records with the original Capitol Records label, with the rainbow around the edges of the label for $1.00 a piece.

Annemarie would drive me back to Lodi, a long drive with me playing the DJ which is probably where I got that started. I was just discovering a lot of the music that Annemarie, Frank and Brian were playing when they were growing up.

Not so much Emerson Lake and Palmer though, sorry Brian.

It was a great day yesterday and today was just as good except for Earl being away from us with his dad. But Annemarie, who spends so much time with Rex and Earl in Arcata, welcomes the time apart and I was glad she chose to spend that time with me.

I’m quite lucky to have such a great sister and a good friend. And I’m not writing that because she’s sitting four feet away from me.

Well now I just walked her to her rental white Volkswagen Beetle and I could wright just about anything that I want to. And I will. 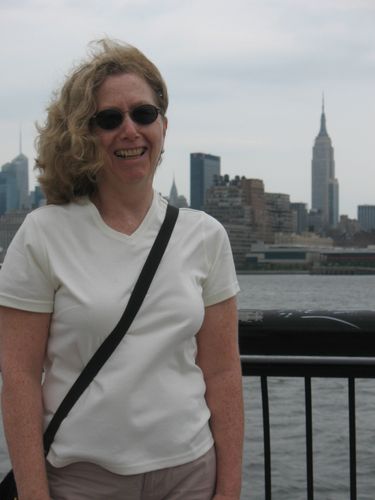 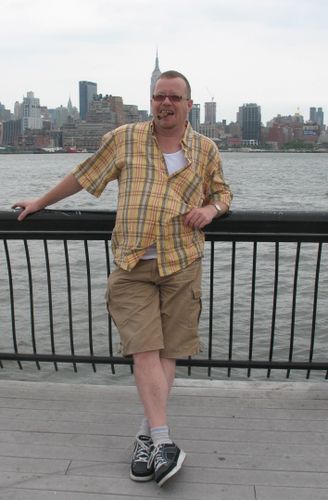