Late posting tonight. Just got back a little while ago from a demonstration showing the NYC area disappointment of the California State Supreme Court and their upholding of Prop h8. The demonstration was planned if it went either way. If the court overruled, then it would have been a celebration.

But they didn’t and there we were, Bill and I and hundreds of LGBT people and our straight allies shouting and chanting from Sheridan Square, across the street from the Stonewall riots 40 years ago and the start of gay liberation, all the way to Union Square.

The police did an excellent job, keeping traffic away from the marchers as we walked on the side lanes

I also saw the wonderful Andres again, he of the blog, Blabbeando and finally got a chance to meet Joe Jervis from the blog, JoeMyGod. He’s a nice guy.

Andres was busy snapping photos and I was surprised to see him, even though I knew he would be around, I forgot to take his picture.

Still, he posted his pics on Facebook and he will probably post onto Blabbeando. Joe Jervis will probably do the same and so will I. It was great marching side by side with Bill. We were in our suits which probably made other people think we were conservatives. If they only knew.

I just think Democrats and Liberals dress a bit shabby and we’re doing our bit to change that. We were also interviewed in Union Square for Our Scene Networks, an online broadcasting channel by 2 guys named Matt.

They asked us how we felt about the California decision and we told them, and also mentioned that a march on Washington should be in the works since the White House had no comment on the decision today.

The LGBT people are a bit upset with Obama dragging his feel on Don’t Ask Don’t Tell as well as the Defense of Marriage act, both which were instituted by that Bill Clinton guy. And a march on Washington is planned for either Columbus Day weekend or in November.

Bill and I plan to be there.

I marched on Washington in 1993 when Clinton was in the White House, which should go to show that just because a sitting President was someone I voted for, does not exempt them from scorn or criticism.

Last night, Bill and I watched A matter of Life and Death, starring David Niven and Kim Hunter. I had never seen it from start to finish but oddly enough the timing seemed apt since it was Memorial Day and this was a movie that takes place during World War II and made in 1946.

Lot’s of extras in the cast that were actually in uniform and active service people. It really is a good movie and definitely worth checking out.

I enjoyed it so much that I moved Black Narcissus to the top of my Netflix queue. I also have another Powell & Pressburger film nearby, from 1969- Age of Consent which stars James Mason and features Helen Mirren in her first major screen role.

Work was actually OK today. I hope and I think I have a handle on things. Perhaps having 4 days off in a row was what was needed.

I had a talk with Vivek and Sanjay. I told them that things were stressing me out and they were somewhat reassuring. I mentioned that I would like to be able to leave at 5 or 6 each day and they were fine with that.

I also brought up the fact that my sister was coming to town in July and I would like some time to spend with her and that was OK by them. So, so far so good. Of course we will have to see what happens come July. But for now it’s good, and that’s the name of that tune.

And here are some pictures from this evening’s demonstration. 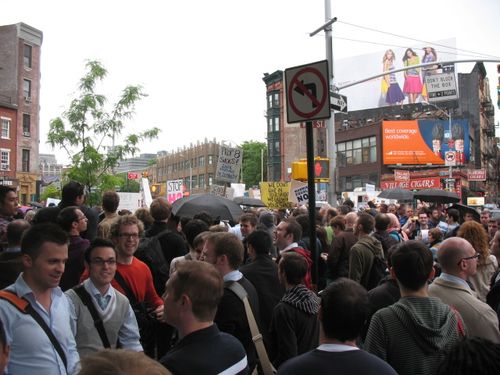 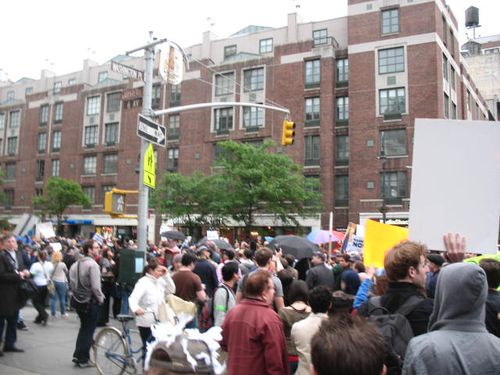 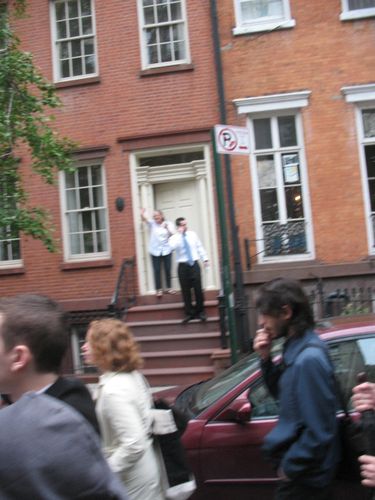 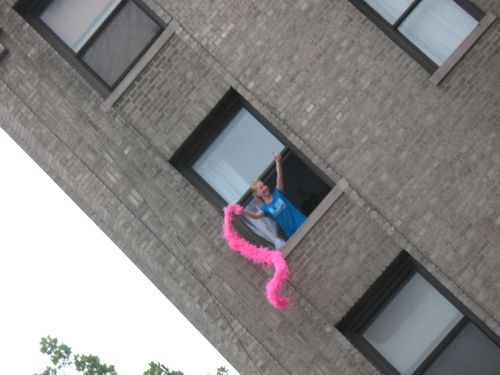 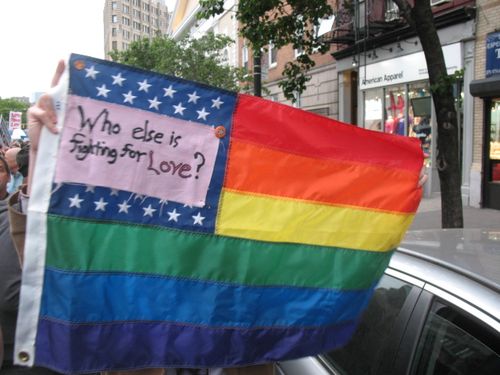 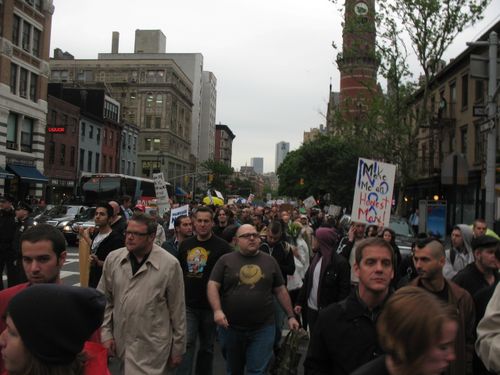 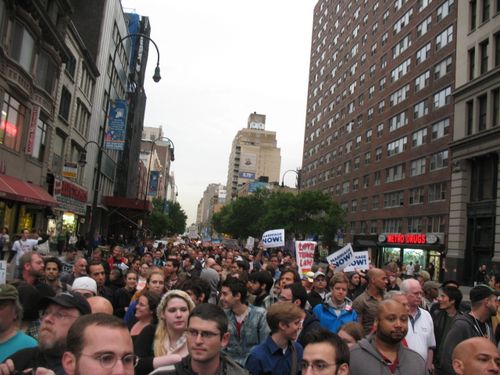 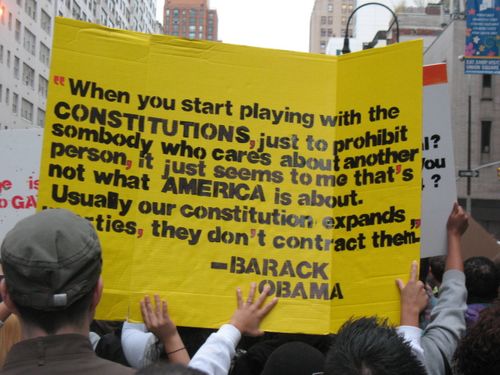 ..our constitution expands liberties, they don't contract them. 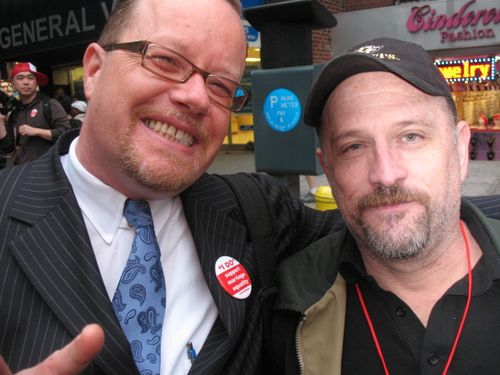 Me & Joe Jervis of Joe.My.God.