Today is Sunday, day three of a four day weekend. It did not start well and last night didn’t end well either. I don’t know what happened. After a wonderful day with Julio, Stine and Alexander and family in Van Saun Park in Paramus, and a few Stellas with Julio and Stine I came home, feeling ok.

I was pretty tired and when Bill came home I was just exhausted. I got myself ready for bed before midnight and just said a good night to Bill before heading to sleep.

I don’t think I slept too well and I woke up feeling sad. Bill was up already getting ready to head to church. He gave me a donut last night which I wanted to have this morning but when I woke up this morning it was gone. Bill ate it. That made me sadder.

Bill headed out and I showered and made some coffee when a few minutes later Bill showed up with a donut, some bagels and the newspapers. He decided that me well being was more important than catching a bus into Manhattan. It was a very nice gesture but still I had a melancholy air about me.

Like the Sunday night feeling that I would have when I was a kid with a major book report due the next day.

It really wasn’t Bill or anything that he did or ate, it was work that was weighing heavily on my mind. Bill was off once again, concerned about the state of mind I was in and I was concerned too.

I made some breakfast and had a bagel. I was able to copy the photos from yesterday onto a disc for Julio and Stine and headed downstairs where the boy wonder had opened up his gifts.

Mine was opened last night and they waited for me to show up this morning when they gave it to Alexander. I also gave the other bagels Bill got for me to Julio and Stine. I sat with Julio watching Alexander while Stine cooked some food to bring to Brick NJ.

The duck on a stick worked fine but Alexander just kept bashing it on the floor. He’s a strong boy but the duck was stronger. After a while they had to get ready to go and since I wasn’t going with them, despite being invited, I headed upstairs.

Still a bit gloomy, all the news in the papers was mainly bad and it was bumming me out. Even though I had a few cups of coffee, I thought it best to take a nap. A reboot as it were.

That didn’t last long and I set about hanging some paintings that Bill’s late father painted throughout the apartment. Then I just farted around a bit when Rand texted me a little past noon.

Rand showed up an hour later giving me time to do some proper stretching before cycling. I also had the foresight to apply some sunblock beforehand. Since it was Rand’s idea to go riding he was calling the shots.

Last time we headed north up to Guttenburg, this time the plan was to head south. We headed to Jersey City, exploring the riverfront pathways whenever possible and wound up at Liberty State Park.

It was an excellent ride yet disappointing to see that since I had last been cycling down in Jersey City a few years ago, they still have not done one thing to make access to the bike paths bike friendly.

We tossed a Frisbee for a while before getting all sweaty. 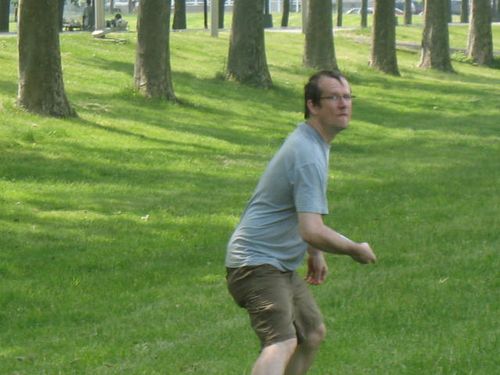 A ride back through Jersey City brought forth ices from a street vendor who confused coconut with lemon and got a bit indignant when I returned mine. 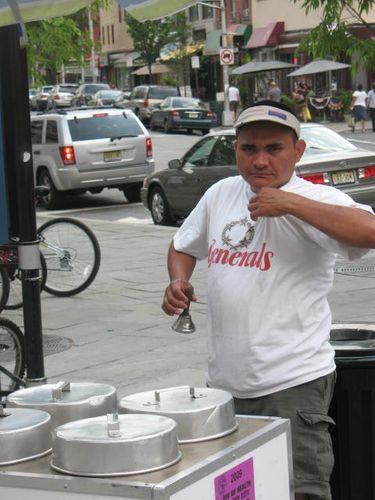 An easy ride back into Hoboken where I left Rand on the steps of his building, turning down a martini with Rand and Lisa, deciding to head home and grill up some hot dogs instead. Bill was home for a while before heading into the city for a reading at the Theater for the New City on First Avenue in the East Village.

I was supposed to have drinks with the Chasms tonight but they backed out, then backed in while I was showering and Bill was napping. No worries, I’m pretty beat even after stretching after cycling.

Just staying home tonight. I know I’m going to sleep well tonight and I don’t have the blues anymore.

Stine mentioned last night that she wasn’t comfortable with pictures of Alexander being posted online, that other people will see them before she does so I’m not doing that anymore. You’ll just have to take my word for it that Alexander is a handsome boy from now on. 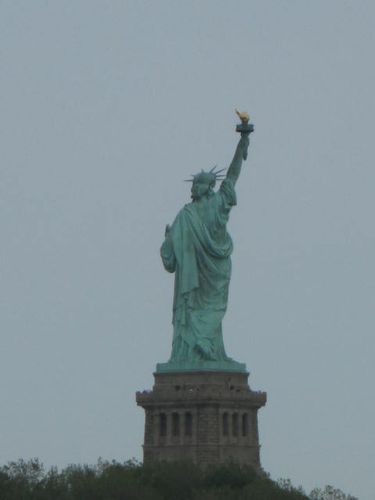 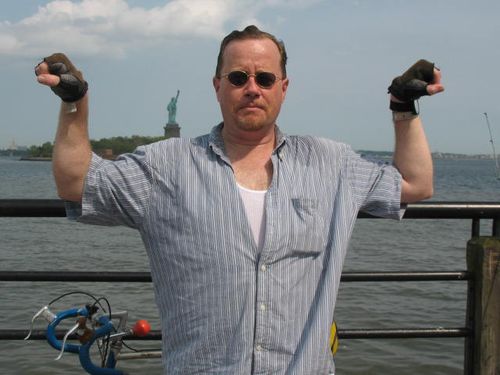 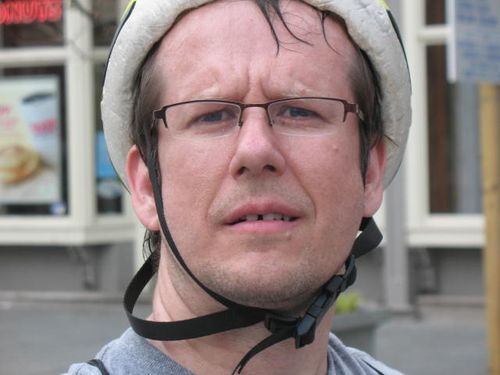 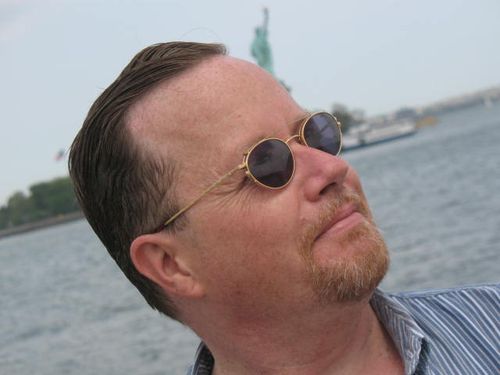 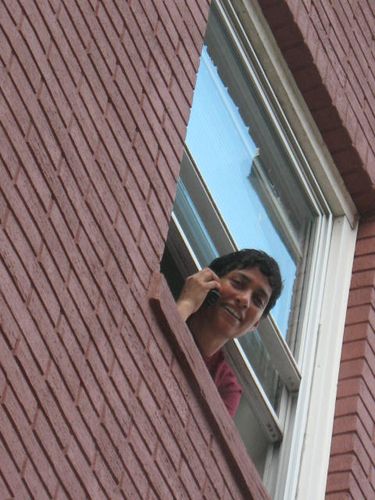 Lisa on the phone with... 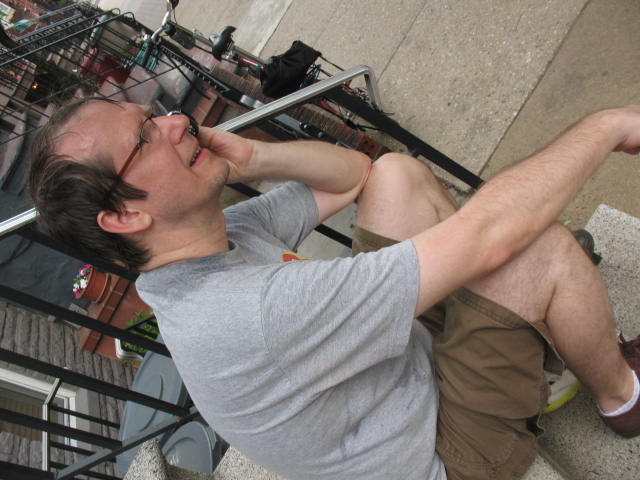