It’s Sunday and today I spent some time with the Lopez family on the third floor. I did see them this morning when I gave them their bagels but this afternoon I actually met them outside by the river. It was quite a nice day today and quite a few people were out and about.

Julio and Stine were trying to get Alexander to sleep and since I showed up it wasn’t going to happen. We strolled, me discreetly puffing a Padron a few feet away and the strolling put Alexander right out. He’s too heavy to carry so the papoose apparatus is out of the picture.

It’s the McLaren stroller, perhaps named after Malcolm McLaren. As we were heading home, Stine ran into a small bakery and Julio and I stood outside with the stroller and the sleeping baby. Within a few minutes there was a stroller log jam at the corner of 4th and Garden. We maneuvered through that with Stine and a bag of delicious treats for the adults.

We came upstairs and sat around watching Alexander taste various books and stuffed animals. So far his only words are what sounds like ‘Hi’ and ‘Aye’. And ‘aye’ could very well be Danish which Stine speaks to him and Julio is slowly becoming a little bit fluent.

I’m probably giving him more credit than needed but Julio knows a lot more Danish than me, tak. But it’s interesting to watch Alexander try to communicate.

I was getting hungry so I left them with Alexander in Julio’s arms waving me goodbye then wondering where I was going since I was going upstairs rather than downstairs, which is the direction that his father heads off to every morning. Then I made some ravioli for supper.

My friend Pedro finally made me his friend on Facebook which he hates since if he wants to communicate with me all he has to do is pick up the phone. He sent me a request to write a letter to the editors of the NY papers, the Daily News, The NY Post and the NY Times.

It seems that despite the budget cuts and the laying off of teachers, fire fighters and police officers, somehow the Department of Corrections has the money to install 40 to 50 LCD screened TV’s in each of the 10 buildings that house inmates on Rikers Island.

And the criminals will also get cable television, 50 channels. Why can’t they get digital converter boxes and regular television sets like ordinary working folk? On Pedro’s behalf I wrote 3 emails which I sent off to the 3 major New York newspapers.

I’ve written to the Daily News before and they’ve published my letters a few times, and the NY Post published an email once which was the same email I had sent to the Daily News. The NY Times I had never attempted before except for an email that I sent to Bob Herbert a few years ago which I received a form ‘thank you’ reply.

This is the New York Times email:
A good friend of mine is a Corrections Officer at Rikers. He is outraged at the fact that budget cuts will cost the jobs of teachers, fire fighters and police officers while the inmates of the ten buildings on Rikers Island are getting brand new LCD TV’s with cable TV, paid for by the taxpayers. Approximately 40 to 50 television sets are being put up in 10 buildings, television sets that I certainly can’t afford. And with cable, (50 channels) that’s a lot of money. Why not give them digital converter boxes with no cable at all? It seems like madness for people to lose their jobs and livelihoods these days while criminals get to watch cable TV on LCD screens. Could this be happening at all the prisons in the city, perhaps even the state?

I have my doubts for the Times since they don’t have an easy set up for sending emails to the editor, unlike the Post and the News which is much easier for crackpots like myself to be heard. So I’m going to check the papers this week to see if my letter gets published. 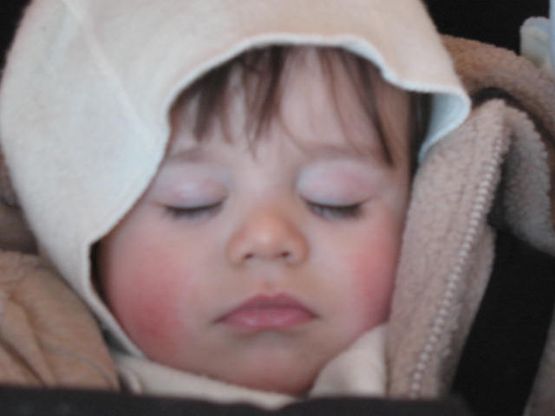 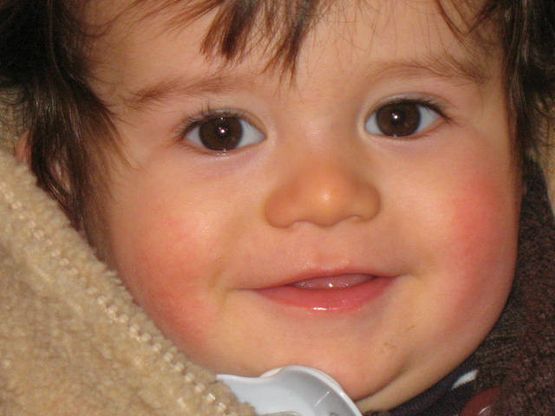 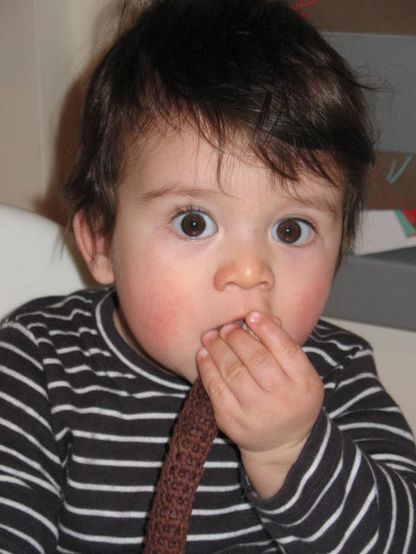 it always ends up in his mouth, this time it's a stuffed monkey arm