Nothing to say today. Did some riding around Hoboken. It was a nice day. Ran into Julio, Stine and Alexander. Finally some pictures with Alexander and his eyes open. So here they are. Meeting Rand at McSwells for a few pints so maybe I’ll write later. In the meantime, here’s some pictures.

I actually wrote. See after the pictures

The view from 16th street in Hoboken 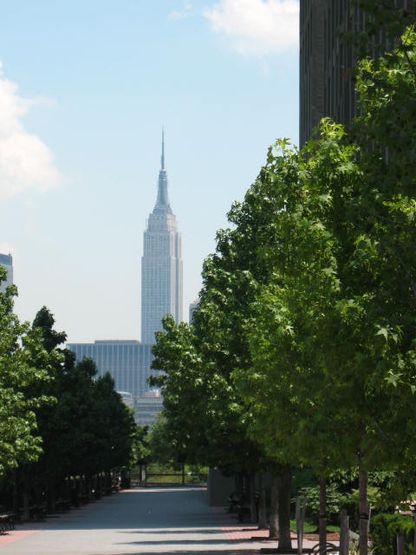 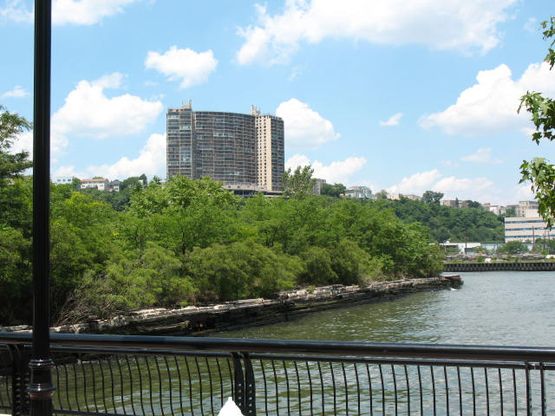 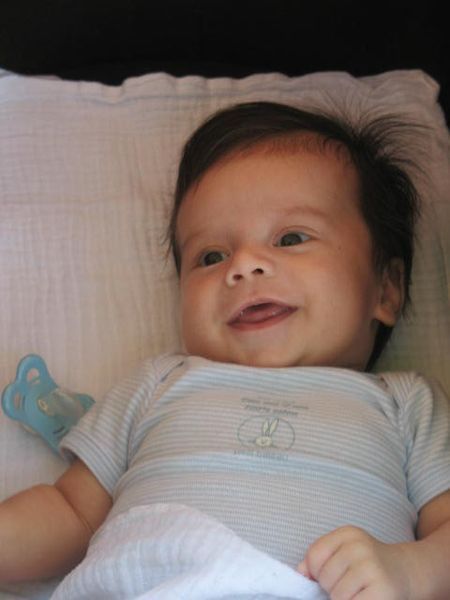 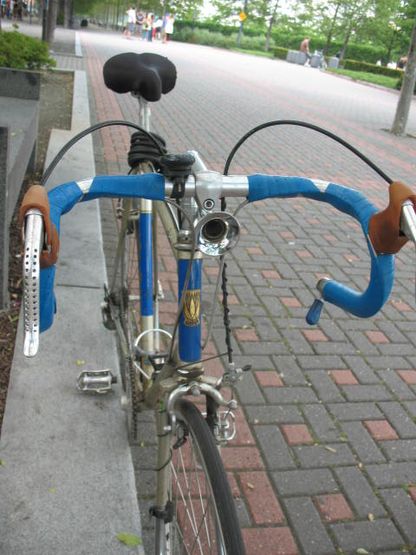 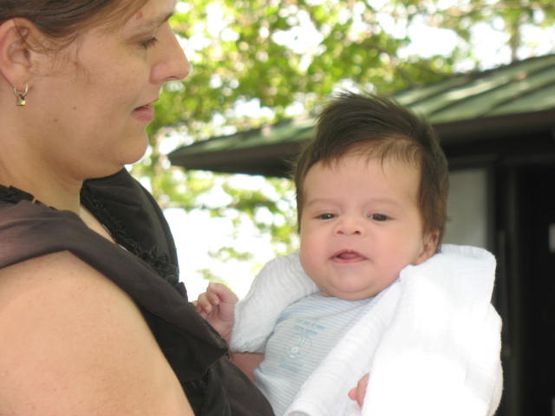 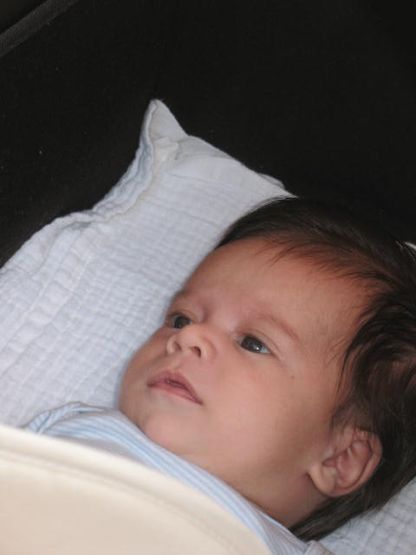 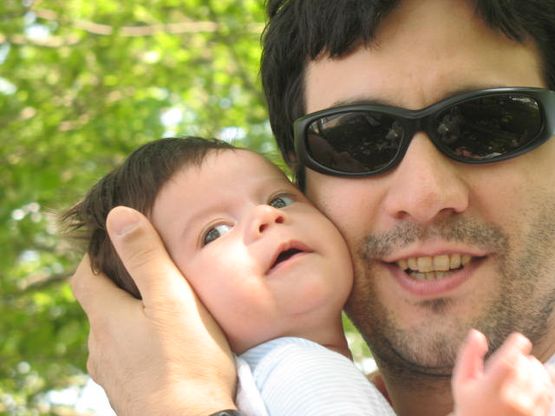 The remarkably non-plussed Alexander and me. 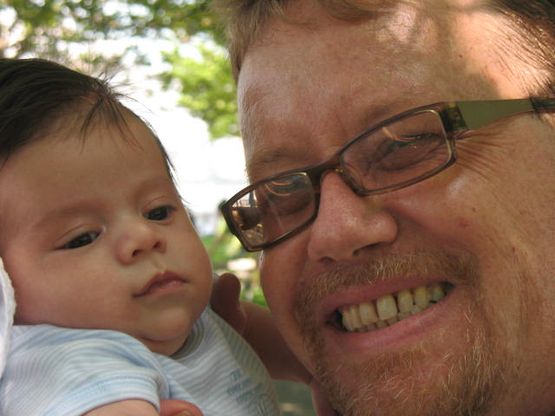 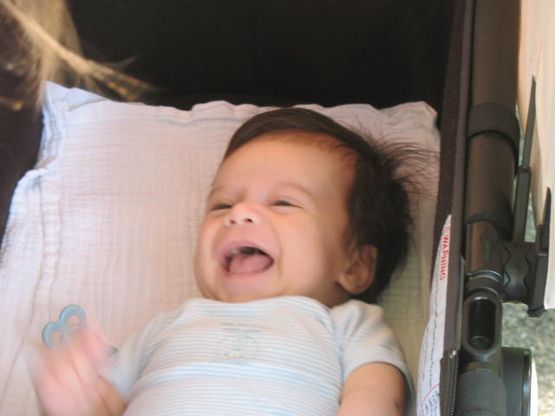 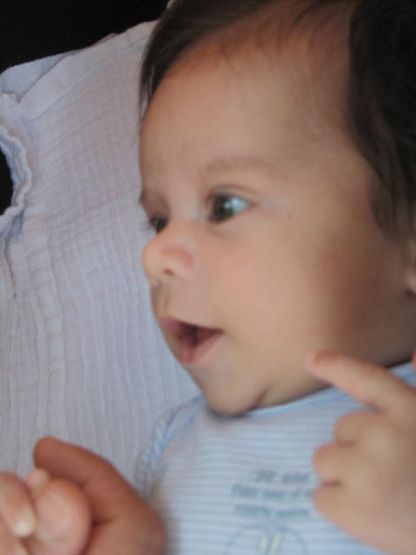 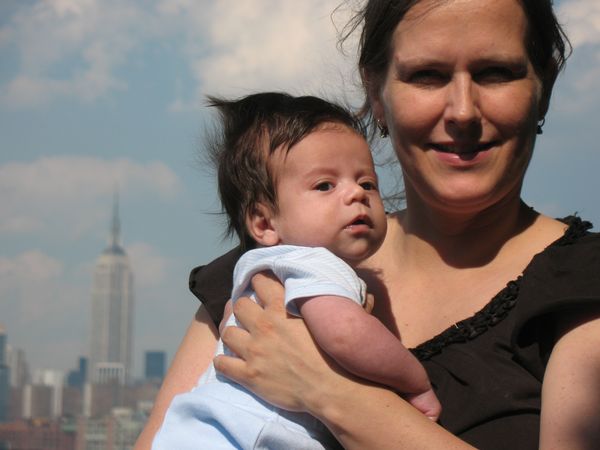 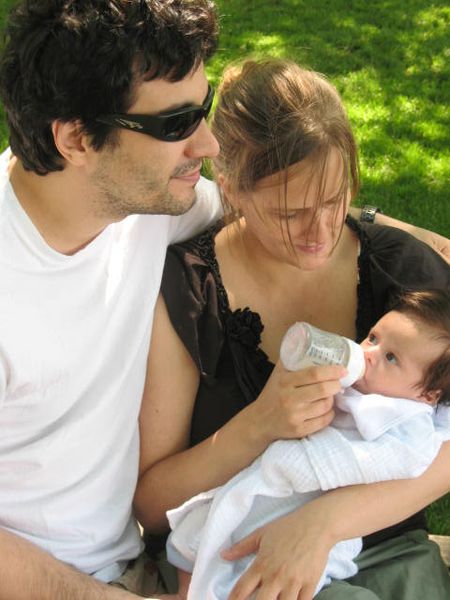 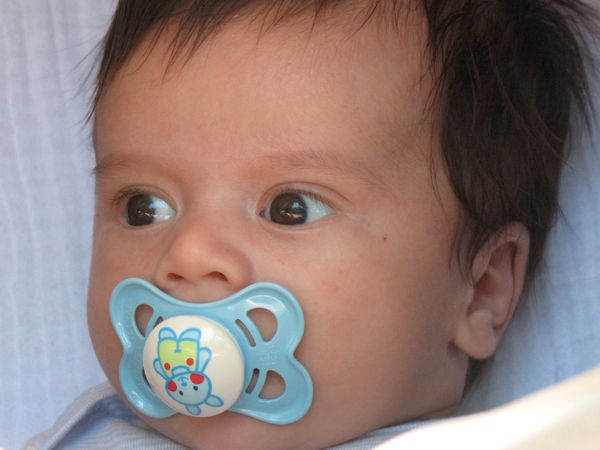 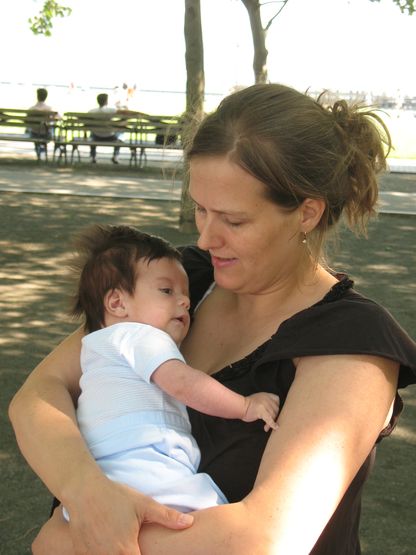 Well I was supposed to meet Rand at 8:00 but I just called to let him know I would be a little late, he replied in kind so now we’re looking at 8:30-ish. Which should give me enough time to perhaps rub one out. Another entry, that is. Let’s see, last night watched TV, including a very good show on PBS about Arab satellite television, specifically a show for women.

Not just to the Imams and such, but also over here. It was like both the right wing christians here and the right wing muslims there both read from the same script. Of course it’s a bullshit script, but you can’t tell them that. It was engrossing and I watched the whole hour with heavily lidded eyes. Soon after that I fell into a deep sleep without any zombie dreams or Justin Long (tee hee).

Woke up at 5:00 with the sun already up, so I tossed and turned and tossed again finally awaking and getting out of bed around 8:00. Did my thing, bagels for the family on the third floor, some grocery shopping for myself including my dear Stevia. Hoboken Farm boy has been rather strange as of late, rather cold people behind the counter.

So I went to Basic Foods which had a sale, and they were nice behind the counter, so points for that. It makes a difference obviously. Did laundry and since it was a nice day out I decided to break out the bicycle. I inflated the tires and rode around Hoboken’s empty streets. Swung by the Hoboken Museum and looked through a photography book of Hoboken in the 1970’s.

What a run down place Hoboken was. I moved to the Mile Square City in 1984, when it started to crawl back to ‘respectability’. I thought the book would make a nice present for Julio for his upcoming 40th birthday next week, since he was born and raised here, he would remember how it was, places he used to play around.

I also bought 2 tickets to Xanadu for Bill’s birthday which is the day after Julio’s. I got 2 seats on stage, pretty cheap too. Below $50.00 which is cheap considering Broadway shows are over $100.00. It’s a matinée on July 6, so I told him to keep that afternoon open, but not telling him what for. I’m excited about seeing the show.

That’s the Theater Fag coming out of me I guess. I don’t think I really qualify since I only see a Broadway show once every 5 years or so. Sunday in the Park with George last weekend was the exception. I also heard from Donna Rinaldi, my girlfriend from 32 years ago and Andrea Voto again.