Ugh. So tired. It’s Sunday afternoon/early evening. Bill and I finished the parade at 2:30, marched the whole thing from start to finish. A good time, lot’s of balloon and thousands of well wisher. Truly an affirming thing. Only saw one hater in the way and he was very upset. I just smiled and flashed him the peace sign. That’s the kind of day it is, peace signs for everyone. That’s what I did I flashed the ‘V’ for peace as we walked down Fifth Avenue. Pretty tired though. It’s been a beautiful, gorgeous day, that much is for sure.

Didn’t do anything last night in preparation for the parade. Just watched Deep Impact, forsaking Scrubs for two hours. I had always been interested in Deep Impact and never saw it from start to finish. It’s definitely more emotional than Armageddon. Perhaps that’s because Mimi Leder directed it, and Michael Bay directed Armageddon. It’s probably Tea Leoni’s best screen time too. Maybe she’s better with drama rather than comedy. After that we watched Law and Order once again. The Olivia show, meaning Special Victims Unit. Bill and I sings along to the theme in the beginning of the show, singing ‘It’s Olivia. All about Olivia…and the others.’

Bill went to bed, I watched some of Saturday Night Live. It was the season finale repeat with Zack Braff. Very good and Maroon 5 was pretty good. I keep forgetting that’s they’re sometimes alright. They seem to be doing the right thing by releasing their second record five years after their first. I always thought they were a jam band, but believe it or not I may be wrong. Jeez I must be tired if I’m admitting that I might be wrong. Nudge nudge, wink wink. Blister is totally gone by the way. Thank you for your cards and flowers.

I got up around 7:00 this morning, showered, coffee and then out to get bagels and papers for myself. Went to the supermarket for other items including eggs which I forgot about until I got to the parking lot then had to run back in much to the cashier, Linda’s amusement. She’s nice and a pleasure to deal with on a weekend morning. Came home, had breakfast, more coffee followed by a little wake and bake since I wanted to be as mellow as possible. It worked out wonderfully. Caught a bus with a few other gays and lesbians who you can tell since they’re t shirts said they were.

It was a bright and sunny day and I was glad I put on some sun block. I listened to Good Day Sunshine by the Fabs, Freeda People (Bring on The Lucie) by John Lennon and Give Me Love (Give Me Peace on Earth) by George Harrison followed by 2-4-6-8 Motorway by Tom Robinson Band since I didn’t have Glad to Be Gay on my iPod. Tom Robinson was an out and proud rock and roller in the new wave days. But 2-4-6-8 Motorway is uplifting and energetic enough to psych myself up.

I met Bill at 41st Street and 7th Avenue and we went to Duane Reade where Bill purchased a hat for me and we made our way up to 56th and Madison where Bill’s church was meeting. This was our third pride march and the first one was a nightmare since we decided to help corral the religious groups. It was a horrible time with the Jews complaining about being behind the Episcopalians who resented being behind the Radical Faeries who didn’t complain at all. Neither did the pagans. I don’t know about this monotheism stuff. The followers all seem quite bitchy and big babies.

Bills group are a very nice group. Park Avenue Christian Church. Very welcoming. I even broke bread with them, taking a communion of sorts which was cool and made Bill very happy. Communion, community, commune. I was a bit peckish anyway. The grand marshals of the parade were religious folk and that meant that religious groups would be the first groups in the parade following Dykes on bikes.
It was a lot of fun, crowds screaming and cheering. We were handing out balloons and we all had a lot to give out and the balloons provided great cover from the sun and some of us were reluctant to hand them out. The plan was to hand out a balloon at every block I mainly gave mine to children and handicapped people. It was a glorious day, good company and lot’s of pride.

Here’s some pics. Took a lot. Enjoy. Me so tired. Johnny Ozombie now. 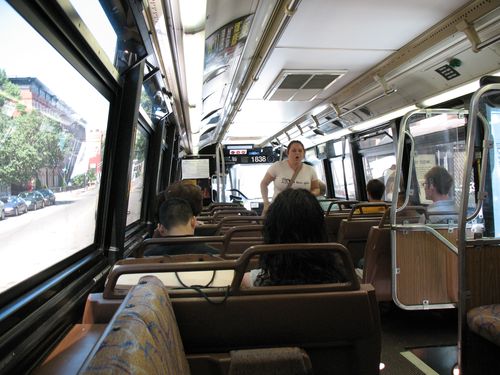 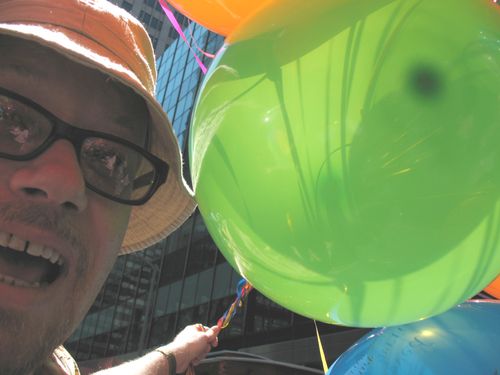 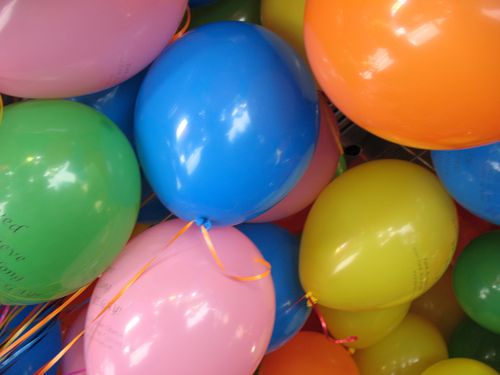 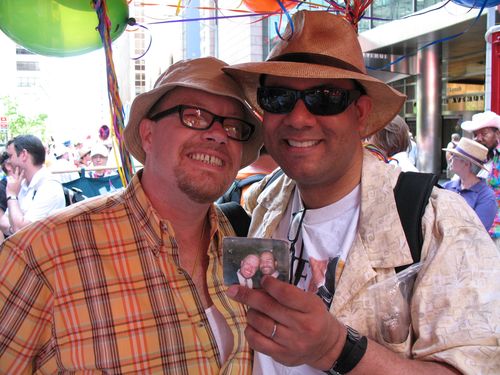 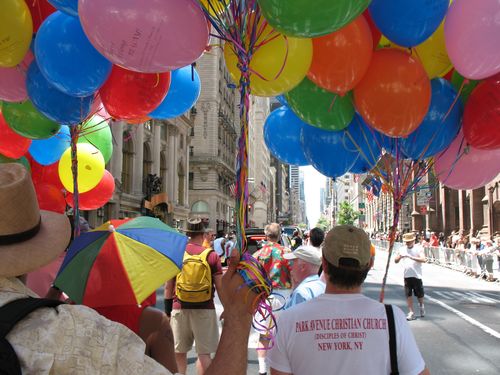 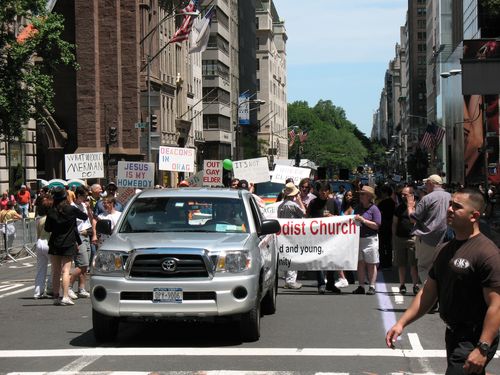 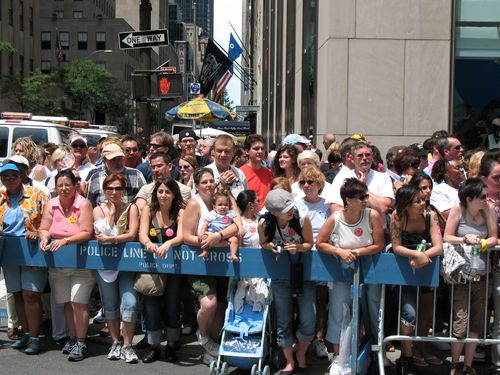 The DIGNITY Contingent. Catholics excluded from the roman catholic church, outside of that tax free tourist trap, St. Patrick’s Cathedral 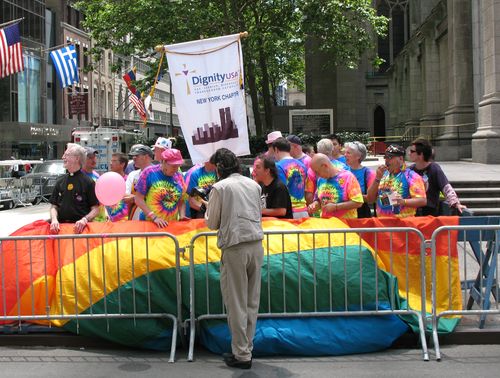 We walk the line 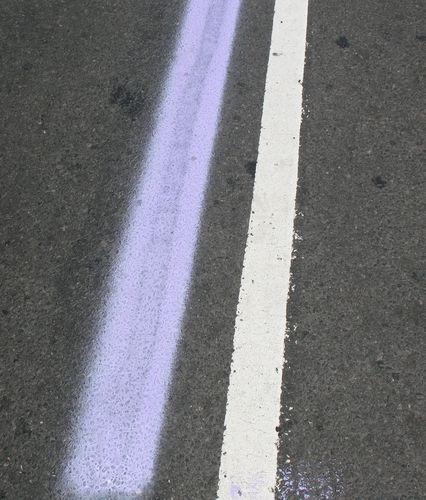 MC’s outside the Public Library 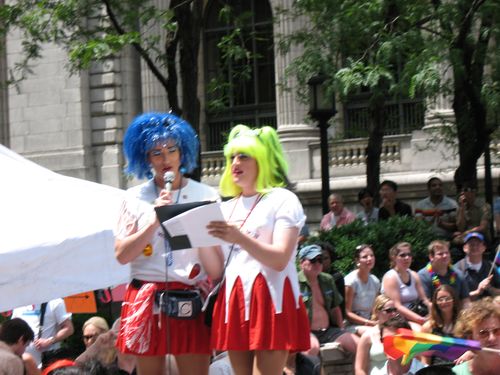 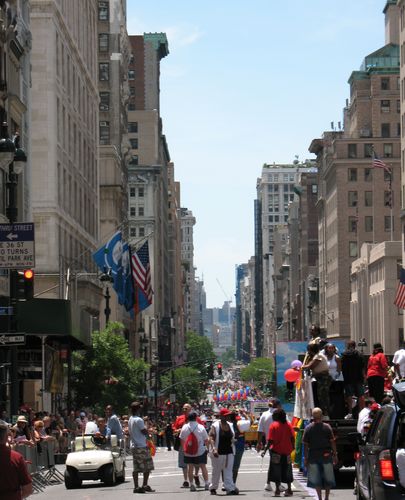 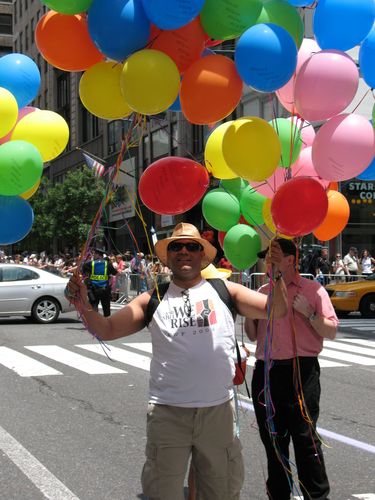 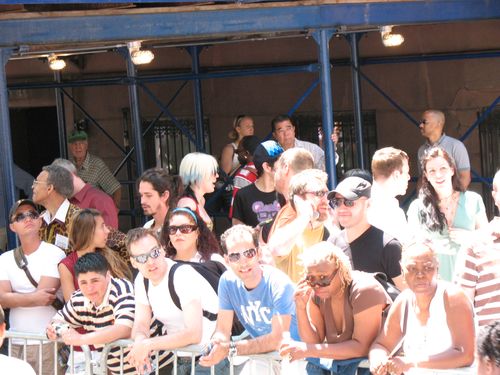 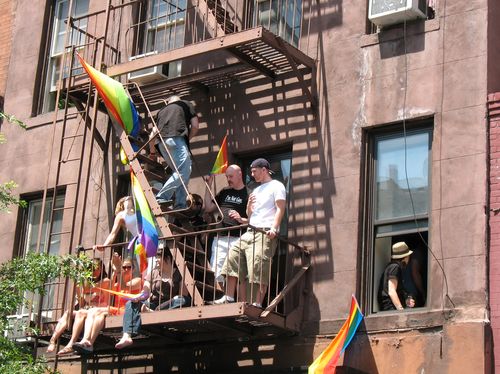 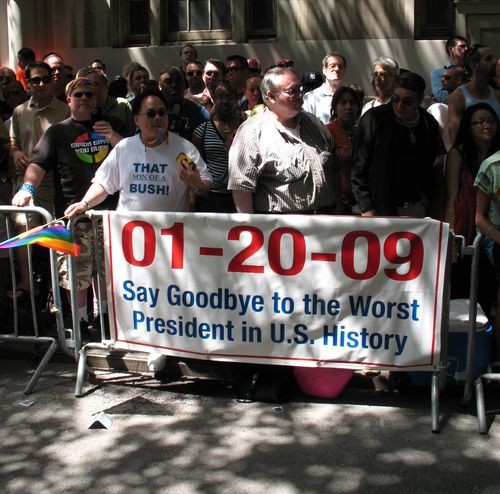 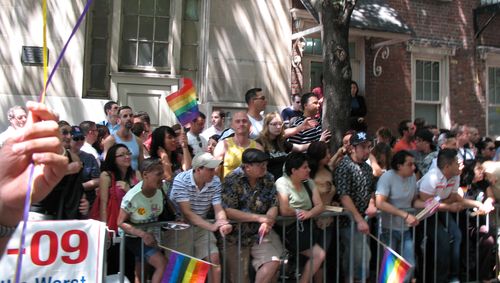 Outside of the Stonewall, where it all started in 1969 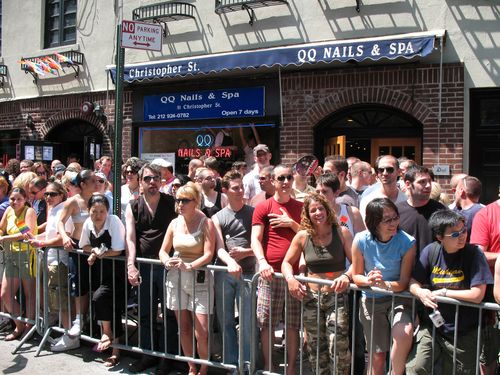 Looking at these pics makes me proud and thankful, just seeing all the people in support of LGBT people. Wonderful. Would someone please bless the drag queens? Thank you.

and once again, Happy Pride!

and here’s a new Rufus Wainwright video, Rules and Regulations. I hope this works out!