Friday Friday, spent running around town. It was a nice day, if not cold. A trip to the bibliothèque, the supermarket nearby and a visit to the post office. Bill and I watched Lincoln the other night and I asked if he had ever seen My Left Foot. He hadn’t so I requested it from the bibliothèque, as well as Searching for Sugar Man, a documentary about Rodriquez, a singer from Detroit who had a record deal that went nowhere and after dropping out of sight, became a big star in South Africa of all places. I haven’t watched it yet, so that was gleaned from the DVD cover.

My Left Foot was the second movie I saw Daniel Day Lewis in, the first being My Beautiful Launderette, which I saw at Maxwells in the 1980’s when the wonderful Martha Griffin was running the film series. I remember seeing My Left Foot with Julio in Secaucus when it came out. Of course by the end of the film my bladder moved behind my eyes. I also saw my mother in the role played by Brenda Fricker in the role of Christy Brown’s long suffering and self-sacrificing mother. Irish stereotypes perhaps, but it did come out a few years before my mother shook off her mortal coil.

I also remember Catherine Cloud talking about how she couldn’t believe (though she did) that Daniel Day Lewis was the same actor, playing a mid 1980’s London punk in My Beautiful Launderette as well as a Victorian dandy twit named Cecil in A Room with a View. I did not see A Room with a View until a few years later when I was able to appreciate Catherine’s astonishment. And it is one of my favorite movies, definitely in my top twenty or thirty.

I did see Daniel Day Lewis once in Union Square Park in the 1990’s when wandering around with Julio one afternoon. He was alone and both Julio and I recognized him, not that he was disguised or anything. We thought we would tell him that we thought he was a great actor, but decided against it, leaving him alone to eat his lunch. No one else seemed to know who he was and I suppose going up to him and drawing attention probably would not be that good an idea. I do think he is probably the best actor working today.

Tonight I am home alone, Bill is driving once more, I think it is to Atlantic City. That is where he usually winds up, though last week was extra special, being an extra on Lawn Hors d’œuvre and driving a bus as part of the role. Of course I will write about when it is broadcast so you can clear your DVR of Cake Boss and Armenian Idol. I do have movies I can watch, and I am catching up on the New Yorker once again. And I have a few books to read that I got for Christmas as well as a book, ‘Suddenly, a Knock on the Door’ by Etgar Keret which is also on loan from the bibliothèque. 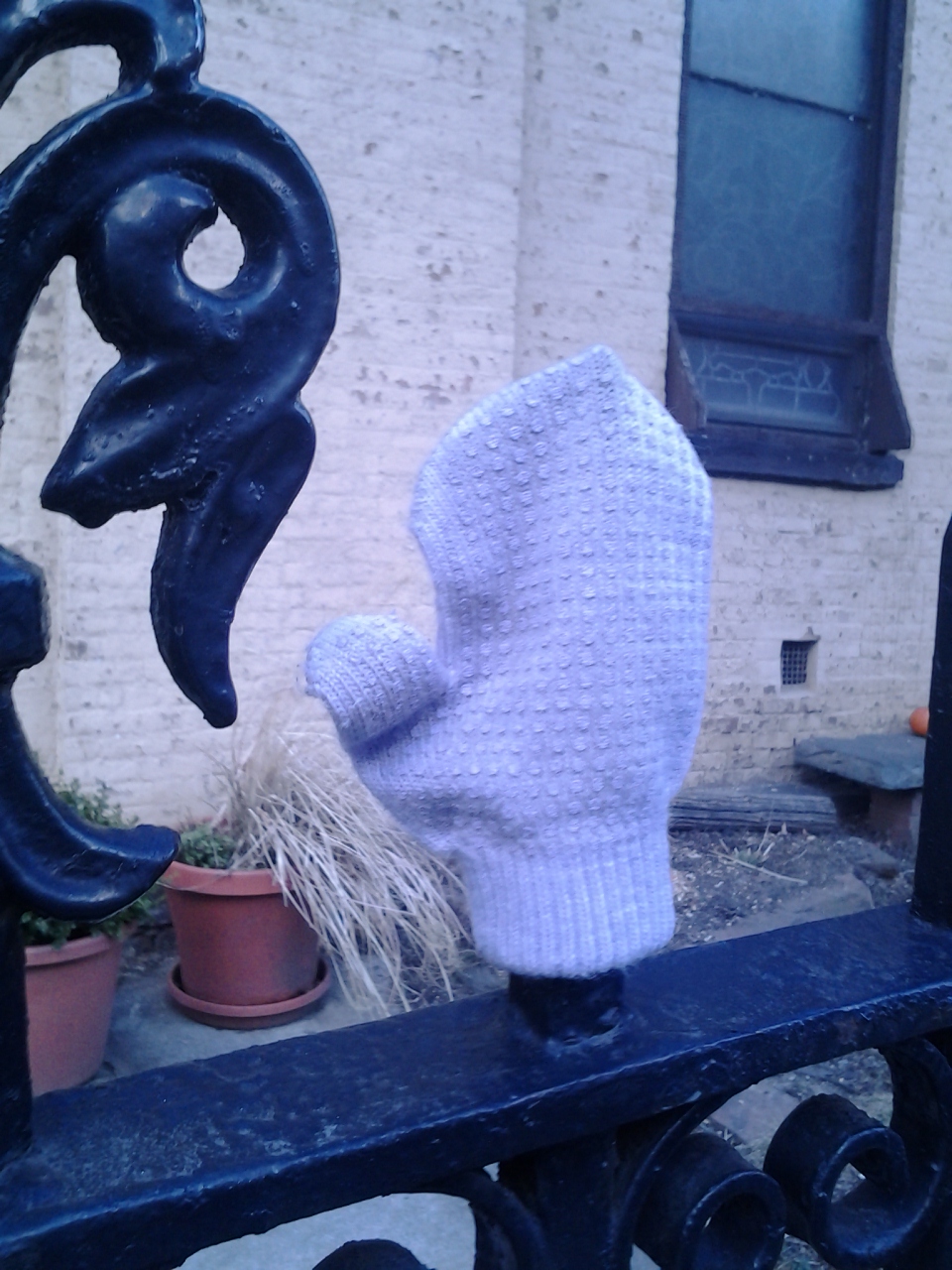 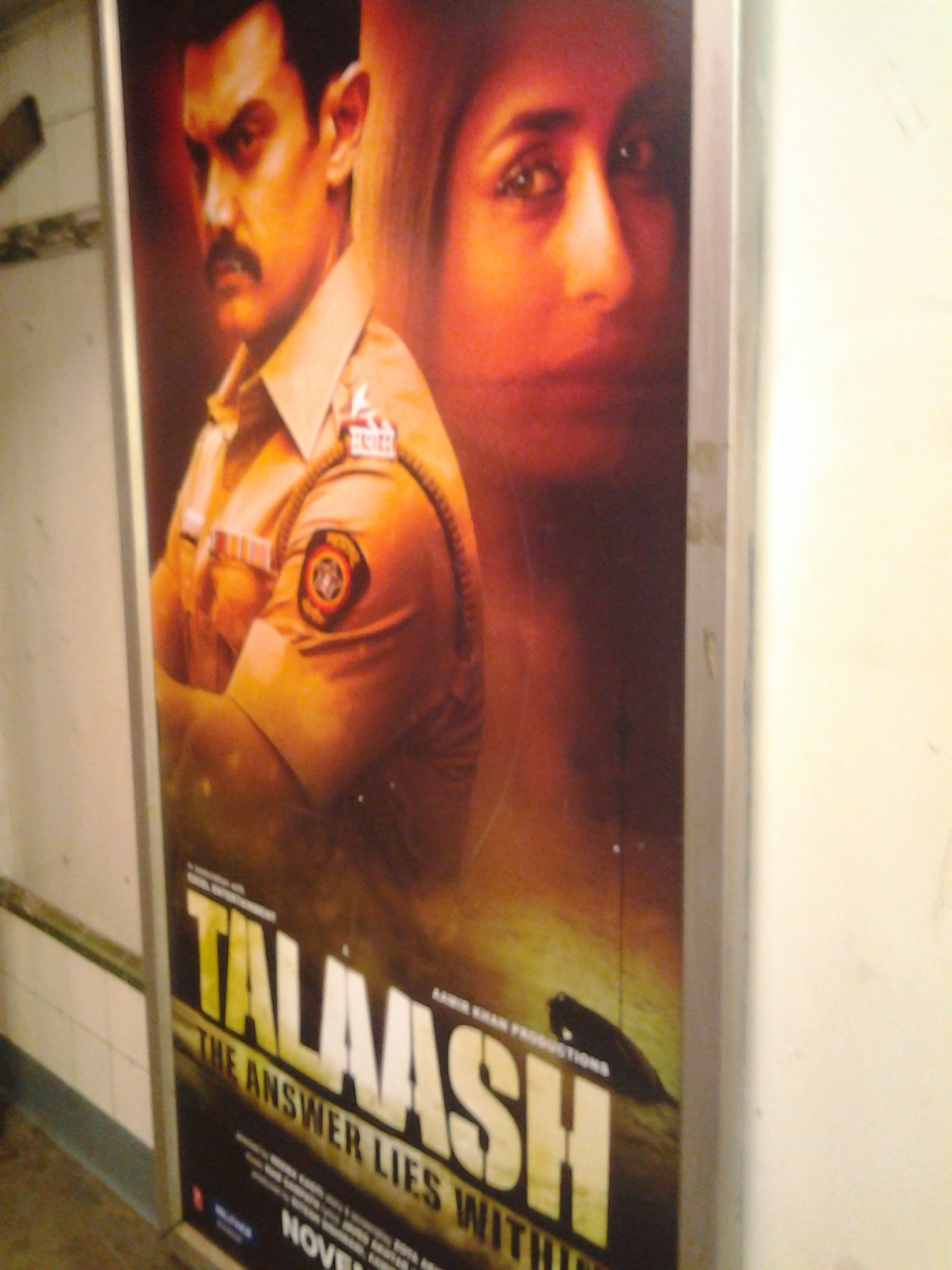 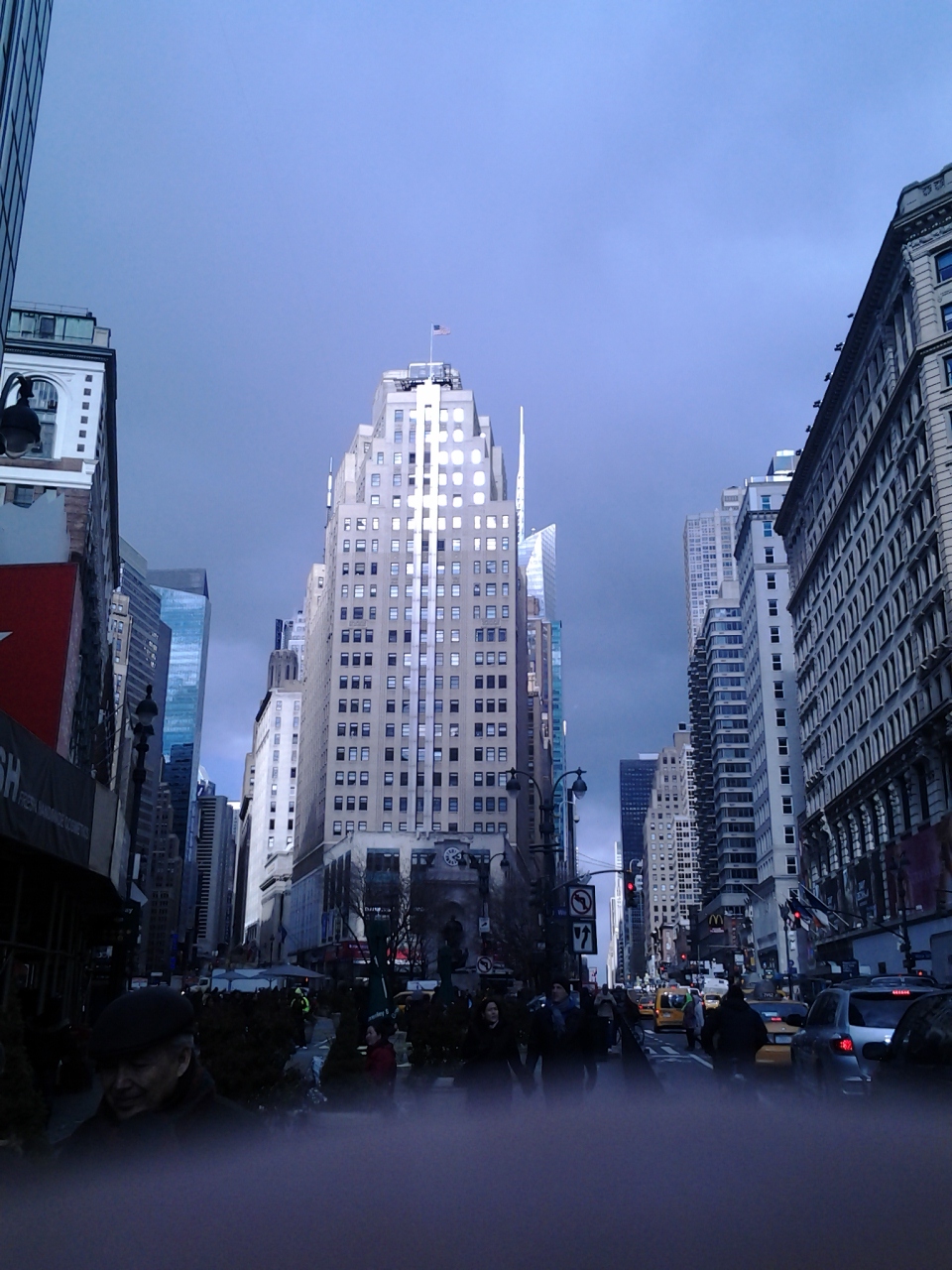 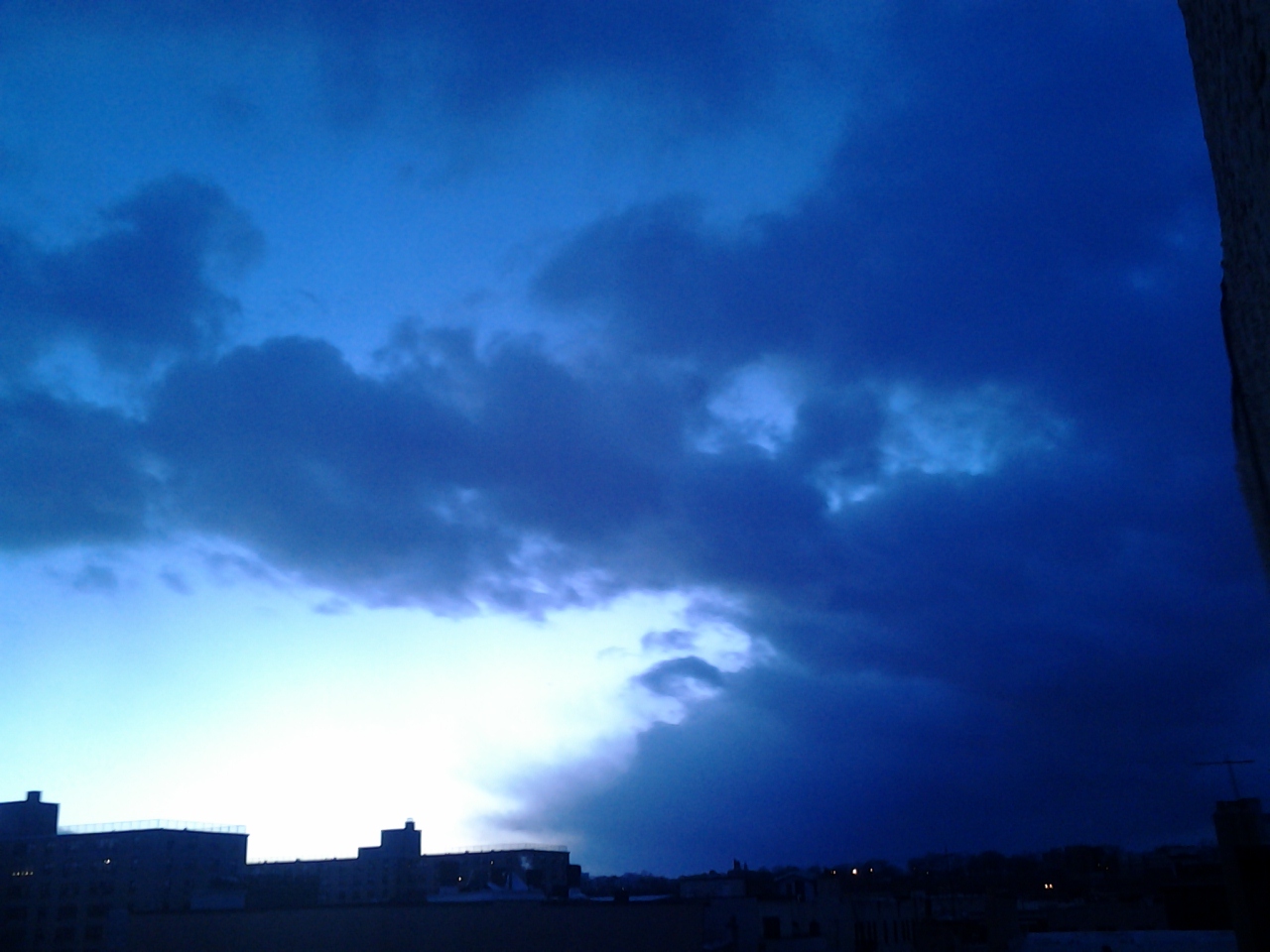 A divided day, half spent at the bibliothèque and the other half at the cigar shop. Both are volunteer gigs, one gives me free cigars, the other gives me time. I put various items on the shelves in the bibliothèque , mainly DVD’s, CD’s and Blue Rays. After that I made my way to the cigar shop where Shlomo was anxiously waiting on my arrival. Once again Shlomo had other places to be, so it was up to me to open the shop and run it. I don’t mind that the carrot at the end of the stick is a cigar.

Brandon stopped by after Shlomo hit the road and blessed me with a cigar that a salesman had dropped off last night. I’ll smoke it and if I like it it might be picked up by the cigar shop. I’m not the only one who was blessed so once all the reviews are in, a decision should be made. Brandon split after a few minutes and I set about cleaning up and doing some data entry on the computer, holding the clipped and unlit cigar in my hand or my jaw. Since the board of health stopped by, smoking is verboten in the cigar shop.

I occasionally have a puff though and when I do, I don my overcoat and stand in front of the cigar shop next to a politically incorrect native American wooden statue that a lot of cigar stores used to have. But there was no time this morning for that and I sat chomping on an unlit stogie. Shlomo came back and we moved a few items around. Then my cellphone rang. It was Israel, one of Shlomo’s partners in cigars. Israel was quite irate, in fact I think furious would be the best word to use.

Israel was yelling into my cell phone, asking who was smoking in the shop this morning. I told Israel that there was no one smoking in the shop. I explained that if I would be smoking I would be right outside the shop, and if I needed to come back in I would leave my cigar on the wooden indigenous person outside. It turned out that someone from the board of health (or a twenty something tenant) was probably walking by and saw me with an unlit cigar in my mouth and figured it was lit and I was smoking. Which of course I wasn’t.

But the board of health (or a twenty something tenant) saw what they wanted to see and complained about nothing. It’s bullshit and these guys who are trying to open a legitimate business here in downtrodden Hoboken have the full weight and heft of the obese direction of the board of health. Perhaps they’re looking for a greased palm, perhaps they are actually doing their job however haphazardly. Shop Local Help Rebuild Hoboken say the signs on a lot of stores in town, and on the other hand you have foolhardy zealots seeing things that aren’t there and causing a lot of stress and commotion when it’s not needed. 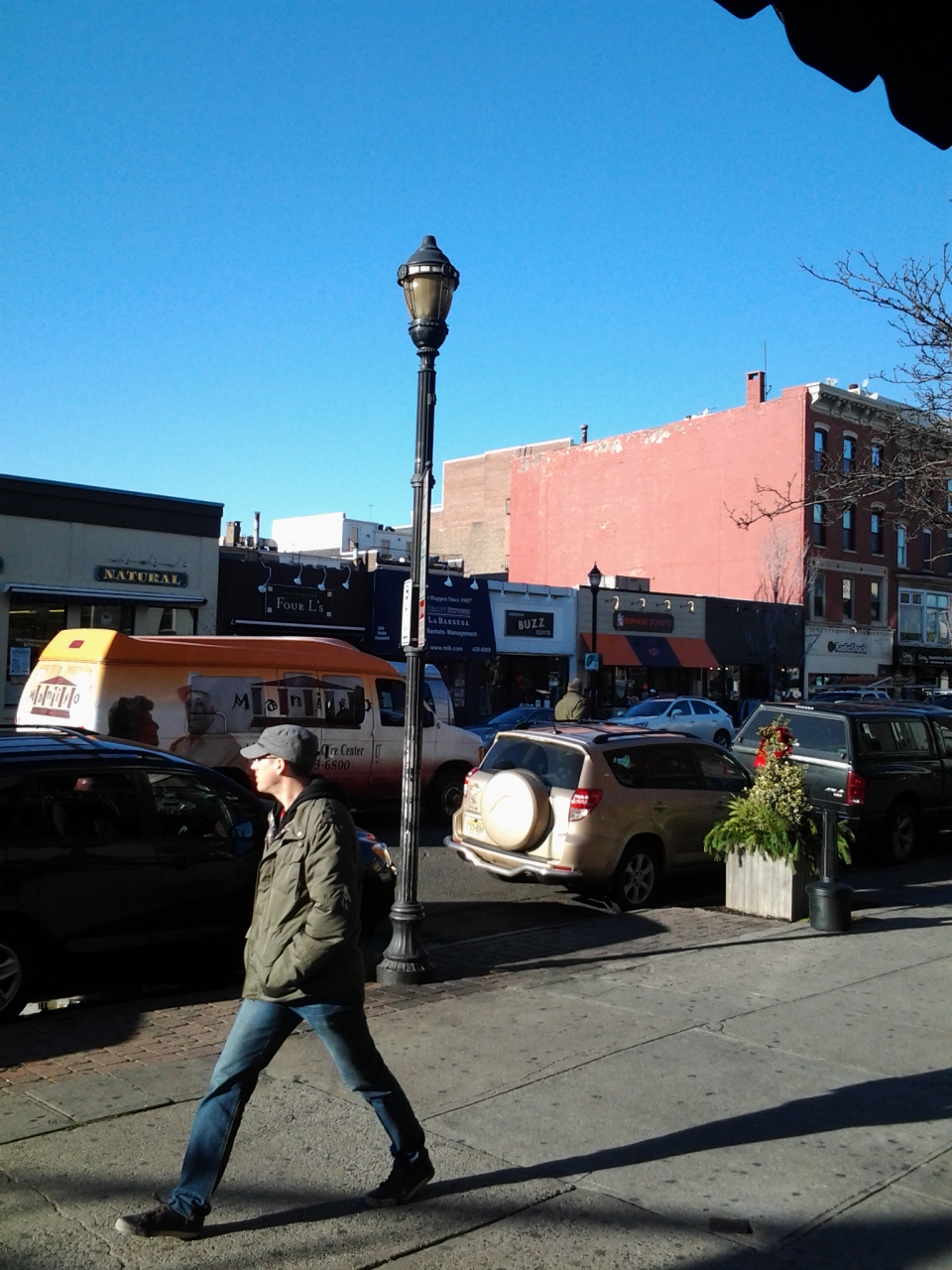