It’s Saint Patrick’s Day! And it has been one of the worst days ever, at least for me working at the cigar shack. And it was a day of listening to jazz. Dissonant discordant jazz played at such a volume it would have produced a headache if it weren’t for the Xanax that I felt obligated to myself to take before I left this morning.

And considering the day that I had it was the right choice to make. “Look ma, No blood!”

Last night I was so bitter, so twisted that I swore I wasn’t going to wear green on the day of the wearing of the green. Bill was up and out when I got out of bed. He did kiss me goodbye as I slept and I asked him what time it was and he replied that it was 6:30. That gave me 2 hours to try to get back to the sleep that I had been in.

Actually an hour and a half since my alarm clock kept going off and I of course kept hitting that snooze button. I did get out eventually, the morning show was on, made coffee, poured cereal and stepped into the shower.

Oh how my ass dragged. I did not want to go in today. I knew it would be the return of Calvin and that was something I did not want to deal with. Bill called me from Stacks, after he had gone to an audition and was back from it and enjoying some pancakes while I had my cold cereal. Thems the breaks I suppose.

He came out and waited with me for the bus, trying to bolster my nonexistent spirits. Of course I was obstinate which I regretted once we parted ways, a kiss at the bus stop. And the bus was filled within a stop or two, young people heading to the parade, along with firemen in their dress blues.

It was a nice morning so I decided to forgo the subway and walked up to the cigar shack. That is something I think I will do more and more weather permitting. Made it into the cigar shack with a minute to spare instead of the five minutes early I used to come in on. And it was jazz hell.

It usually is when Calvin is in, but it turns out Thomas is quite the jazz queer (thanks Ann Boyles for that term) and so it was jazz jazz jazz all day and I figured out, I really loathe jazz. Never has any music slowed down the day for than jazz.

After Calvin left, after saying ‘exactly’ and nervously laughing after almost every inane comment that spills from his shark like mouth, I thought I would be able to put the jazz away and play something else, something that would speed things up.

I thought about some Stax, I thought about the Beatles and opted for Scritti Politti. Not too heavy, quite melodic and witty lyrics. The new guy, Thomas immediately made a comment about the music being ‘New Age’.

And those were the only Beatle songs he had. I went and turned it off and put on Scritti Politti again and once it got past the 30 second intro, I think dumb ass Thomas realized it wasn’t New Age after all, considering that in the final chorus Green from Scritti Politti sings the titles of the songs on the first Run DMC album. Yeah, that’s New Age.

Dumb Ass Thomas split and I set about closing up the shop. I counted the money and counted over and over, making sure everything was sure as shit and also killing time. All the presidents on the bills are facing the same way and if I needed to kill some more time I probably would have put the bills in sequential order.

I waited 20 minutes until it was 9:30 and clocked out. I saw Sean who is putting in a good word for me at the shop where he is working and gave him a cigar that a customer gave me. I plugged in my iPod and played a reggae mix that I made almost 20 years ago that the neck bone known as Kevin McBean used to enjoy.

It was deep heavy reggae, almost dub wise as I negotiated the drunks on the avenue congregating outside various pubs and bars. No Guinness for me, no St. Patrick’s Day fun.

I hustled and surprisingly I was able to make the bus and was the last person on before it pulled out. No drunks as far as I could tell. Now I am home, happy to be here and would rather never ever set foot in that dog forsaken cigar shack. 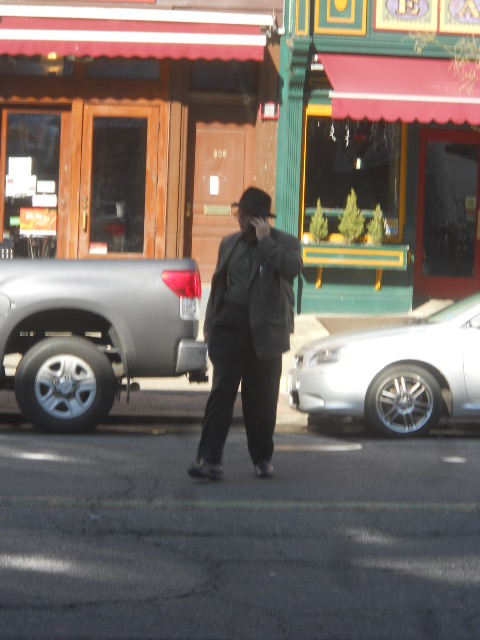 Bill headed in my direction 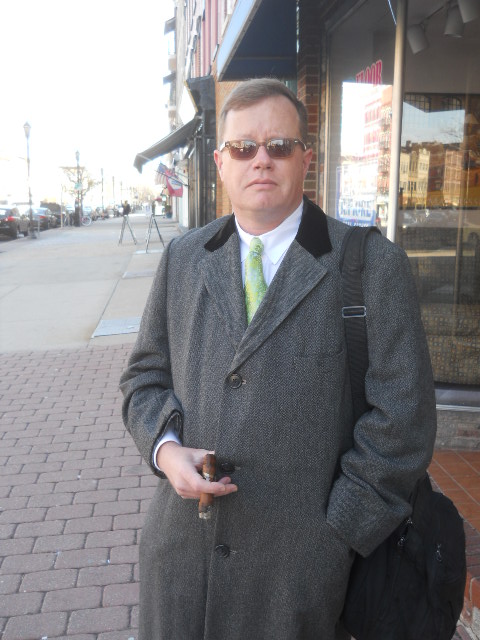 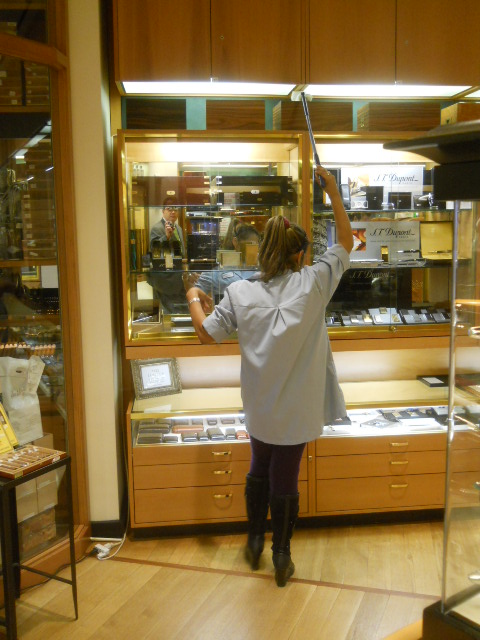 Angela, the woman who cleans everything after I cleaned it for 6 hours previously 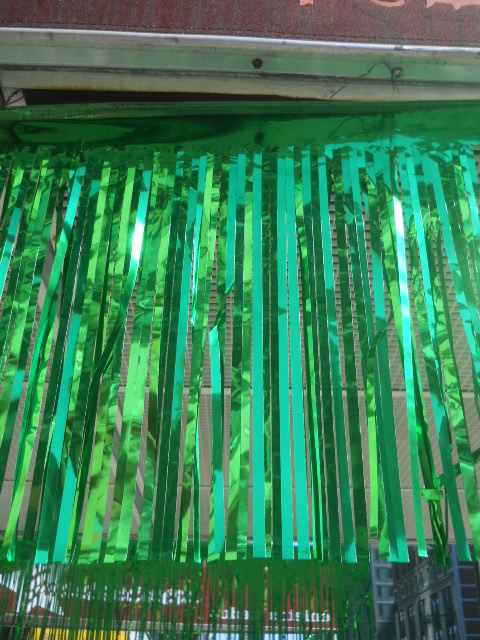 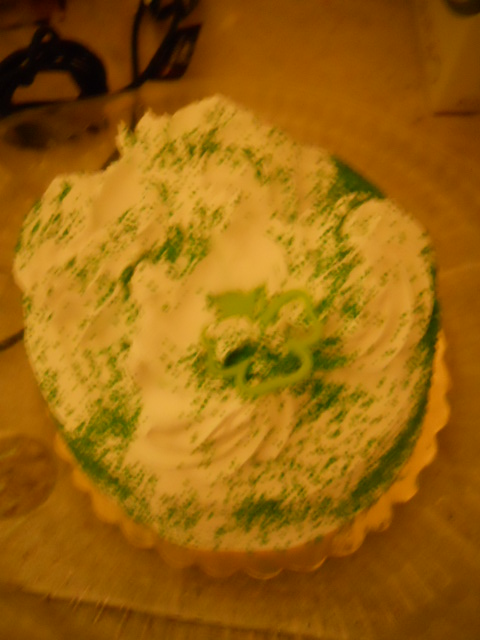 A St. Pats cake Bill bought for us. It remains uneaten.