It’s a Monday and it feels like a Sunday. Sunday was actually nice. It was Halloween which in Hoboken gave an excuse for grown ups to party in costume on Saturday night and for kids to do the same the next day.

The kids in Hoboken don’t knock on doors, they just go to the various stores and hit up shop owners for candy. Eventually the stores run out of candy and post signs on doors and windows saying just that. I went out in the middle of the afternoon, Washington Street crowded with kids and adults.

I missed the Ragamuffin parade, but still there were large groups in costume, going to parties or wherever. It was amusing to watch and I took some snapshots. Most of the action was on the boulevard so after walking to the post office, I opted to swing round back via the river.

I walked out onto Pier A, it was chilly but sunny as I enjoyed a cigar. Ahead of me were two teenage girls, one of whom turned out to be Ruby, Jim and Meghan’s daughter. She was having Halloween hijinks, the two of them dressed up like characters from Pokemon. After my time, for sure.

Came back home and just chilled out. Bill was headed to the gym and I made myself a nice dinner. Bill and I watched Bill Hicks Live, a compilation of some of his live shows. I totally missed the boat on Bill Hicks when he was alive, and only in the past few years have I ever really heard of him.

And that was from reading about him or seeing ads for a DVD or CD release in Mojo or Uncut magazines. The UK certainly took him to heart. Bill who loves watching stand up comedy hadn’t really seen Hicks’ act before but really liked it a lot.

Enough so that he went online to look up Bill Hicks on Wikipedia. Bill Hicks died at 32 from pancreatic cancer in 1994, in his parent’s home. Bill sussed out that my dislike for Denis Leary is because Leary stole bits of Bill Hicks’ act, sometimes word for word. My antipathy for Denis Leary seems validated.

Boardwalk Empire was on after Bill Hicks and after that Bill went to bed. I stayed up for a while, started watching Poltergeist when midway through I quit and went to bed.

I tried watching that Walking Dead show on AMC, but after the high intensity of Dead Set, this one seemed to be a bit plodding. Maybe it was a zombie script, and a zombie director. Perhaps this is post-Lost television, the hope that the series lasts a few years and they could have an unfolding plot.

It hasn’t really caught on, in fact besides Lost, all the other attempts for an episodic series have failed thus far.

Tonight feels like a Sunday night, feels like I have school tomorrow and homework to be done. Just thinking about work at the cigar shop is unnerving. I always have the feeling I’ve done something wrong.

I usually haven’t, but still I feel like the other shoe is about to drop. It usually gets better once I’m there. It’s all the scenarios in my head that run through my mind beforehand is what can be a real spoiler. Perhaps it’s just an unease about tomorrow, and it being election day. Don’t forget to VOTE people!

Juan is supposed to be in the area. I haven’t seen him since July, at Maxwells and then Rand & Lisa’s. He said he might stop by around 9:00 which could mean 10:00. He’s having dinner with his family, who he hasn’t seen since July as well. It will be nice to see him. 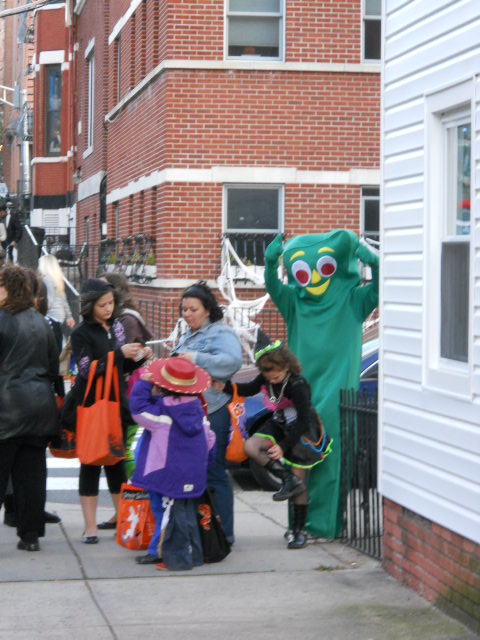 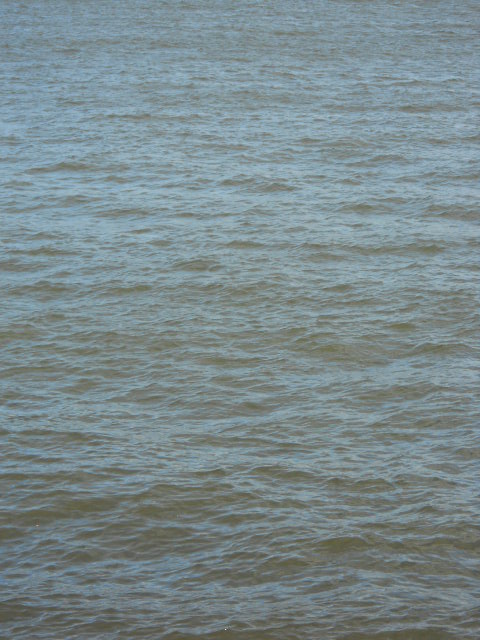 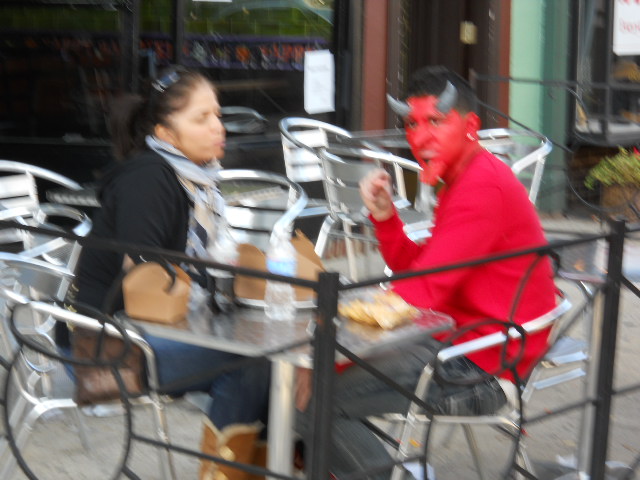 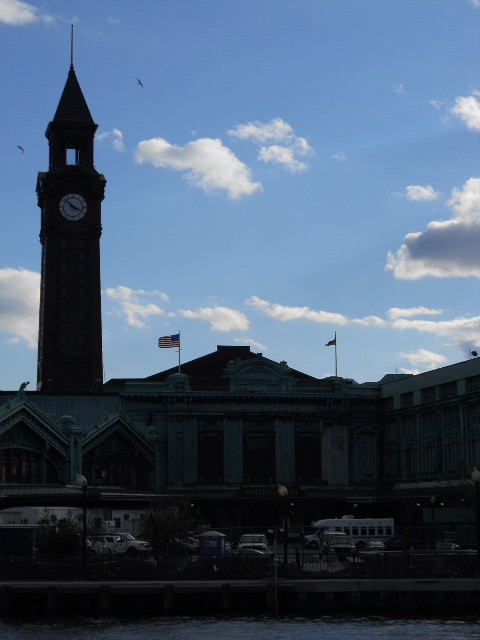 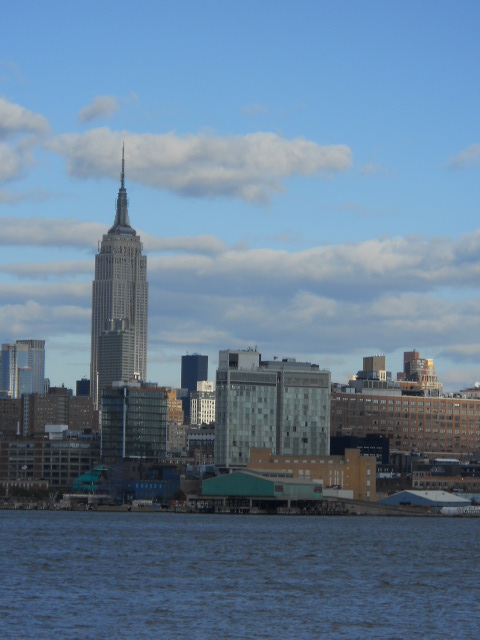 A little bit out of it I am. Just woke up a little while ago from nearly a three hour nap. Just started to crash at work and left early as it was a Friday and I had nothing to do having done it already. All the coffee I drank couldn’t revive me enough and I all of a sudden felt very fatigued. Didn’t do anything out of the ordinary last night, watched TV mainly with Bill then went to bed.

Sleep was uneasy due to a zombie dream last night which featured Eve, a former waitron from McSwells back in the day. Hadn’t seen her in a very long time, and in the dream her delicate features were enhanced by a soul patch which was most unbecoming on a lady. Also Betty was in the dream in a seventies style gown, floral print getting out of her low rider which I’m fairly certain certain she doesn’t drive Somehow we all were in Hasbrouck Heights which to me was always a zombie town.

Not flesh eating zombies, just your everyday run of the mill zombies of Bergen County. Though this dream was quite intense and at one point found myself in a house. Hiding uncomfortably in a pantry while next door a group of people were having a party next door, which could be seen from where I was standing in the dream while zombies searched all around for my unwilling body for dinner. Tossing and turning made for a not very restful sleep so I woke up exhausted. Damn those zombies.

Now I feel better having rested but still a little out of it. Right now I am trying to sell 2 portable air conditioning units for the office. A woman who works in a beauty salon is interested. She said she emailed me before but it was actually the first time. I offered her 2 for $300.00. Cash only, as is. I may have to go to the office tomorrow to complete the deal if she gets back to me. And I have my doubts that she will.

I’ve been trying to sell these since March. I knew I would do well as the weather got warmer and they are predicting a heat wave, 90 degrees and up. But people respond to ads online as a joke occasionally. So I might keep on selling these until Labor Day. Hayne, (the womans name) has the email, and has my phone number so if she wants it, she knows how to get in touch with me. It would be nice to get rid of two units, which would leave me with two other units. Bill has an offer to take one of them, so it’s up to him. I told him to do some research on it. Hopefully he did.

Nothing planned for tonight, I think Bill is going back to Stuyvesant Town for the weekend. I have documentaries on Glenn Gould and also one about Atlantic Records, ‘The House that Ahmet Built’ on DVD. I also have the David Sheff book, Beautiful Boy to read and since I don’t read the fiction in the New Yorker, I am almost finished with the double issue, The Fiction Issue. I like the Coldplay song for iTunes a lot more than the free single they gave away a few weeks ago and I think the new Mike Myers movie, The Love Guru looks really dumb and not in a good way. Just putting it out there.

Hoping for a zombie free night of sleep later, but with a three hour nap under my belt, that might be a few hours away. Cheers.

Hopefully you enjoyed A Spaceman for All Seasons though the lack of comments say otherwise.