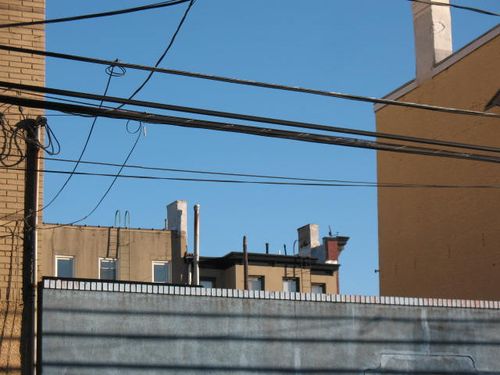 Well I am home again, first official 3 day weekend. I’m presently listening to a version of Singin’ In The Rain by a Brooklyn band called Just Water. It’s a song I had as a 45 that I bought after hearing the song a few times on the old WPIX- FM back in the late 1970’s.

It’s more of a power pop song, you could imagine Cheap Trick singing it, or maybe Shoes. I’ve been looking for it online for a while, since finding songs online was the thing to do. Found it on iTunes oddly enough even though I could swear it wasn’t there a few months ago.

Still, for $0.99 I couldn’t resist. I’m sure when I originally bought it, it was more than $0.99. It was an independent record then and reading about it today, I found that it was picked up by Stiff Records back in the day.

I used to love Stiff Records and would buy the compilations of their artists and sometimes artists that weren’t on Stiff. Music by John Cooper Clarke, A. More, The Modettes etc. Elvis Costello, Nick Lowe, Ian Dury & the Blockheads, Lene Lovich were all on Stiff at one point, as was Madness. But I never really liked Madness once they left 2 Tone Records.

That’s the type of music geek I was. I would search out record labels. I guess that’s how it’s always been for music geeks. If you liked a certain type of Soul and R&B, then buying Atlantic, Motown or Stax among others, you probably couldn’t do wrong.

With Punk, New Wave and Post Punk, it was almost the same but sometimes you could get a real stinker. Those were the days when there was lot’s of spending cash, and $40.00 spent in a record store would have you coming home with a few albums and singles.

I’d ride the Path or the bus home and just look at the album covers, anxious to play what was inside. I’m the guy who would trek up Rochelle Avenue, boom box resting in the crook of my arm on Friday nights, buying whatever I could get at Sam Goody or Alexanders where most of the albums were on sale for $4.99.

My brothers and sister were all possessive about their music so it wouldn’t be surprising to find 2 or 3 copies of Sticky Fingers by the Rolling Stones, or anything by the Beatles. My father couldn’t understand it and once stopped me from getting the Stones Some Girls album with the original artwork (which they got sued over and forced to change) for myself since my brother Brian had a copy.

Yes, I hate to say it but I was Shattered.

It was also around the time where I would go to St. Marks Sounds and buy countless import 45’s at $5.00 a pop. Special versions, different mixes, posters, colored vinyl always made money leave my pocket and wind up in the register of the British woman with the red hair, or the dread locked brother who managed the bag check. I was in awe of that woman for some reason. I think I had a weakness for strong, judgmental women.

Around the corner from St. Marks Sounds was Free Being, which I mentioned last week. That was a dreary store but also had great selections. Sounds is still around I think, Free Being isn’t. St. Marks Place is a shopping mall these days and you probably wouldn’t see Prince walking down the street (like I did), or the Rolling Stones shooting a video on the 4th of July weekend in St. Marks Bar & Grill.

I also downloaded for free from Popdose today, The Inmates covering Dirty Water, another song from my WPIX FM listening days, as well as 2 versions of Peter Gabriel, Steam which was way after WPIX-FM went to ‘love songs, nothing but love songs’.

I recommend checking out and subscribing to Popdose. Every night I get interesting articles about pop culture and occasional free downloads.