And here we are, two days after Christmas. And it was a snowy day, in fact it was such a snowy day that it was a snow day. Meaning that I had off from work, officially. I started the suggestion last night, sending an email to Calvin who stated that it was up to the building management some Kumpus Group, or Unrelated Companies nonsense in which they excel in a lack of subtlety as well as genuine bad decision making all around.

Calvin actually got back to me and wrote that he had gotten in touch with Marcus who declared the store to be officially closed. I don’t know if the customers knew about the store closing but if the staff from Long Island couldn’t make it in with the subways being shut down and NJ Transit buses not running at all, you really can’t have a store being open.

I found this out around 10:00 this morning, about 4 hours after I had been awake. Too late for me to go back to sleep so I puttered around as well as made use of the new HP computer I got from Bill for Christmas.

Bill also had off from work today and for most of the day, we were just hanging out in the apartment, watching TV and listening to music. I made a trip outside to the supermarket. Someone shoveled the steps and sidewalk in front of the building and I was glad it wasn’t me.

A lot of people were digging out their cars and a lot of cars were stuck in the snow and ice. I maneuvered my way around them and got the basics from the market.

I came home and had something light to eat. Bill and I had plans to go to Hillsdale to see my brother Brian and his family, as well as seeing my brother Frank and his family again. We were going to rent a Zipcar but the roads seemed too treacherous.

Brian phoned and suggested the train which made the most sense. We decided on the 5:35 train and left with enough time to find out the train had been canceled and the earlier, 5:16 train would be the one to be on.

So that’s what we did. Brian met us at the station and soon we were in the warm and cozy house of love. Brian and Karen and Hillary and Cassie as well as their brother Brian the prodigal and Cassie’s boyfriend Dylan were soon joined by Frank and Elaine with Meg and Rob and Corinne’s boyfriend Vic.

Annemarie was once again in California with her family and made her presence known by way of my cellphone. Dinner and gifts and some guitar playing by my nephew Brian was all enjoyed greatly.

But being tied to a train schedule we had to make it back to the train station a little after 9:00. Still cold and windy in Hoboken as Bill and I walked down the streets, stopping by neighbor Claire’s apartment to help the people who were staying there turn on their heat.

And now, thanks to Bill’s help, the old computer, Randenstein is now sort of hooked up to the new computer. I have two towers going and about 3 internal hard drives as well as the 2 iPods and one screen.

I actually finished this a while ago, just got very distracted by District 9, a very good movie, worth seeing. Out of the ordinary. 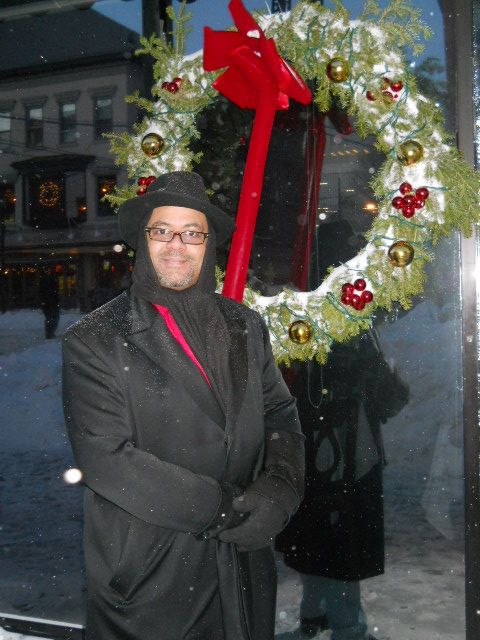 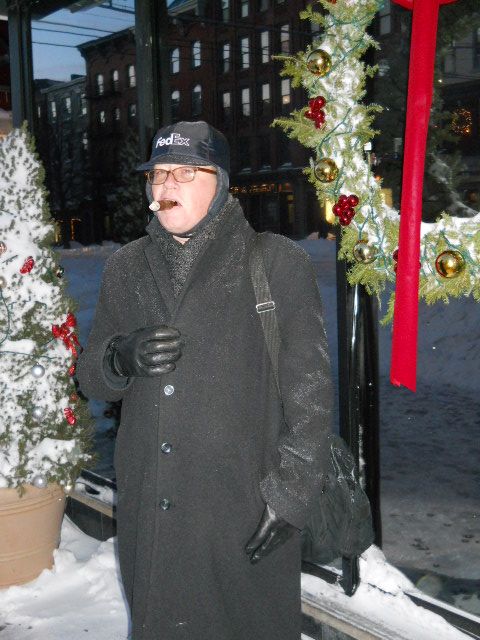 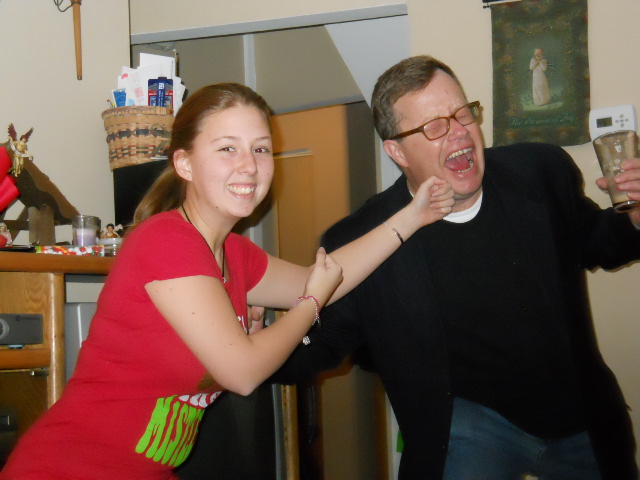 and down goes Uncle John with a left hook!