Late posting again. What’s up with that? Well I didn’t post yesterday. Didn’t even write. I couldn’t access the blog (and neither could you perhaps) and I tried contacting Rand who I guess went to work on it.

A few hours later it was accessible once again, but by then I was pretty tired and in no condition to write about anything. So I decided not to write and I am even considering taking Sundays off from writing unless I have something worthwhile to write about.

Not that I usually do have anything to write about. There are always other navels to gaze at.

Yesterday was spent mainly in Saddle Brook at my niece Meghan and her husband Rob’s new home. It’s a very nice home and actually got me thinking that maybe someday Bill and I would have a house to live in that we could call our own.

That’s not happening anytime soon. I think we’d both like to stay in the Hoboken area and houses or brownstones are out of our price range, but right now it makes for a nice daydream.

It was the annual birthday barbecue, my siblings and their families all gather together to celebrate the July birthdays. There are about 5 birthdays, 6 if you count Bill’s birthday at the end of June. Rob played the grill meister, his parents and grandparents were also there, a lovely group of people and a few friends. All making for quite pleasant company.

The sun beaming down and I had a few Stella Artois which nearly did my head in, if it weren’t for Annemarie suggesting I drink some water, which did my body good. Burgers, hot dogs, steak and salads were the menu followed by cakes and cupcakes for the birthdays.

Annemarie drove us home and Bill and I watched True Blood. Plans were made to go to Sandy hook this morning. Bill went to sleep soon after True Blood and I stayed up trying to upload some pics. I slept quite deeply, Bill unable to wake me with his farewell kisses at 5:30 as he headed out to the gym.

I didn’t wake up until 9:00. It was overcast and I wasn’t sure if the beach jaunt was actually going to occur. Phone calls between Hoboken and Garfield went by, discussing whether or not to see a movie (Inception) or go to the beach.

We decided to take a gamble and head down the shore. Corinne was driving and Annemarie was in the backseat, giving me the front passenger side. Not much traffic down the Parkway, and few people at the North Beach of Sandy Hook.

Beautiful clear day, Manhattan, Jersey City and Coney Island as well as the Rockaways were visible across the harbor. The water was in the upper 70’s and was quite nice after a warm Frisbee volley. I wound up being bitten and bloody from the flies on the beach.

We figured out that it was probably the perfume in the sun block that attracted them. Another jump into the ocean for relief from the flies and also one last chance to play in the water until the next time.

We spoke to Meghan via text and made plans for a trip to Saddle Brook where I was quite a gavone and devoured quite a bit. Meghan and rob seemed tired. Or at least I hope they were tired and not pissed off from my over eating and our trip to the beach.

Corinne once again drove, this time back to Hoboken where we emptied her trunk of beach stuff. And now I am home. Early day tomorrow since I am having dinner with Bill, and Annemarie and perhaps Corinne before Annemarie flies back to California early Wednesday morning.

It certainly has been a fun time with Annemarie this time. Though we weren’t able to spend too much time together, the quality of the time spent was top notch. She’s so great. 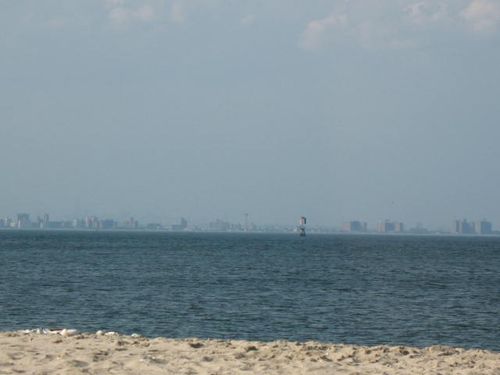 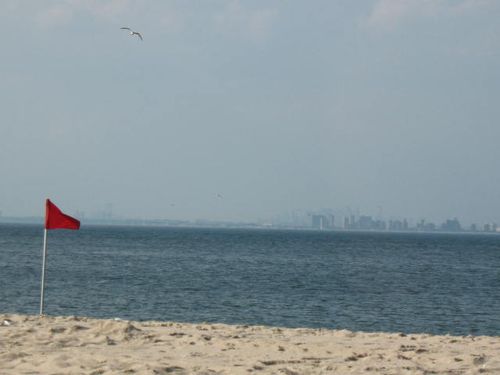 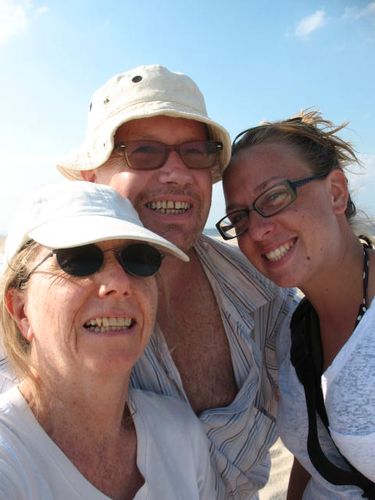