Yesterday, being the magical day that it was, the bar was set quite high. Of course anything that followed would be bound to be a disappointment. Maybe it’s a Catholic thing from my past, ‘You’re having fun today, tomorrow you will be sorry’.

Just thinking about sitting with Bill, eating some really big burgers, walking around afterwards and smoking cigars, then going to see Priscilla Queen of the Desert certainly warms my heart a day later. Today was different. The magic of course had faded somewhat.

I had an interview scheduled for today, something a friend had set up for me. I mainly went on behalf of the friend for putting herself out there (Thanks Elizabeth). I was a bit anxious as I got myself ready. All I had to go on was a nice chat on the phone this past Sunday and that went especially well. Still I tried to not have any high hopes regarding what may happen.

I took a quarter of a tab of Xanax and as I approached the building I bought a banana from a fruit vendor on the street. Wanted to be in the best of all possible moods and it turned out I was. With the Xanax/Banana combination working through my system I took the elevator to a very high floor.

Lazyteat@gmail says that 1/4 tab of Xanax is being pumped full of drugs.

Apparently “I have found pumping the body full of drugs prior to an interview usually does not work out in the favor of the applicant” so it seems that Miss Greg has gone to interviews pumped full of drugs which did not work out well at all for Miss Thing. I suppose that is why she hasn’t responded to my email asking what it was that they do for a living. Perhaps they don’t work, perhaps she’s not living.

I was astounded by the view, and I could see the Statue of Liberty, and looking over Brooklyn I could even see the ocean in the distance, as well as my neighborhood in Hoboken. I found myself thinking that I would love to work in an office like this with such stunning vistas.

After a short wait, I met with the gentlemen who were friends with Elizabeth, and we walked into a conference room. They had my resume and we ran down the jobs listed. Why did I leave there? What happened here? What do you think of our firm? The last one threw me but I think I recovered and answered with a modicum of relative intelligence.

The interview ended sooner than I expected and was told they would tell me whether or not I got the job. I felt a bit deflated and was soon on the street. Bill’s office was nearby and I gave him a call. He came down and I told him what happened, how I felt the question about the company was probably my Achilles Heel.

Bill was reassuring and suggested that I send an email, thanking them for the meeting. I told him I was already planning on doing that. Then Bill had the added idea of sending an actual Thank You card, a cherry on top as it were. I thought it was a good idea and bought a card in the bus terminal.

I walked home, feeling a bit disconsolate back in Hoboken. After all I did get a haircut and shaved my goatee for this interview, which wasn’t so bad since I did need a haircut and the goatee had a little too much grey in it.

I changed out of my suit and back into shorts and sneakers. I spoke with my brother Frank and that was good. He suggested taking a walk by the river and I explained that I had done that so often lately it is starting to mean nothing to me. Still I had filled out the Thank You card and decided to walk to the post office and drop it off.

I did take Frank’s advice and sat by the river, enjoyed a cigar and read about Zooey Deschanel in the latest New York magazine. After reading all about Zooey, I decided to head home. I made a playlist of the original songs covered in Priscilla Queen of the Desert and listened to that as I walked home. Then my phone rang.

I didn’t recognize the number but saw it was a 212 area code. I answered it and it turned out to be the guy I interviewed with. He was being truthful, telling me that I did not get the job. He explained to me why I didn’t get it, which is something I never heard before.

Basically, I was too good for the job and would have been bored in 15 minutes. I explained that I actually thrive in tedium, in fact I would love a boring job, and it’s where I do my best work. He laughed but once again said that I was basically overqualified.

Perhaps it was telling him about the jobs not on the resume, which would be the music business and People Magazine. Two jobs that people would think would be fabulous and glamorous, therefore rendering any office job to be extremely boring.

‘On the contrary’ I thought, but the gentleman’s mind was made up. He did mention that he was on an HR Council and a friend of his, also on the council might be looking for someone just like me, so he asked if it would be OK to forward my resume to the friend. I couldn’t really say no to that, now could I?

He ended the call telling me he was sorry that it didn’t work out, adding that he ‘wasn’t saying no, just saying not now’, and once again saying I was just too good for the job. I told him that I was disappointed, but I was smiling nonetheless.

So like I wrote earlier, after such a magical day yesterday, lunch with dear friends, dinner and a show with Bill, my spouse (more than a mere roommate), basically anything that followed was bound to be a disappointment, and yes I was quite disappointed today.

At the very least I have some great memories and a whole lot of good friends and family who sincerely love me, as I love them. I am a lucky guy, for some people don’t have that. 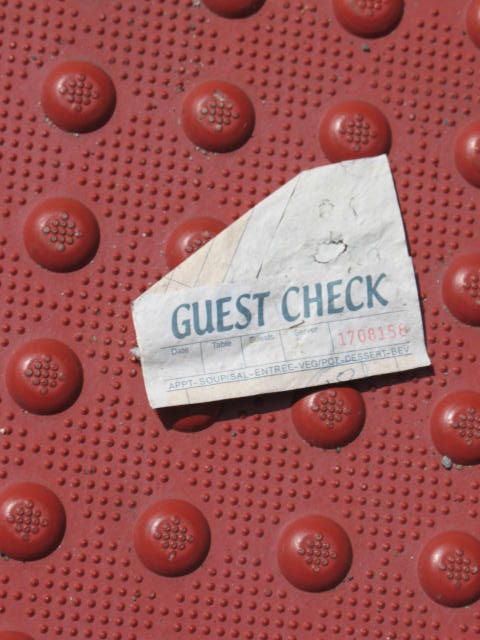 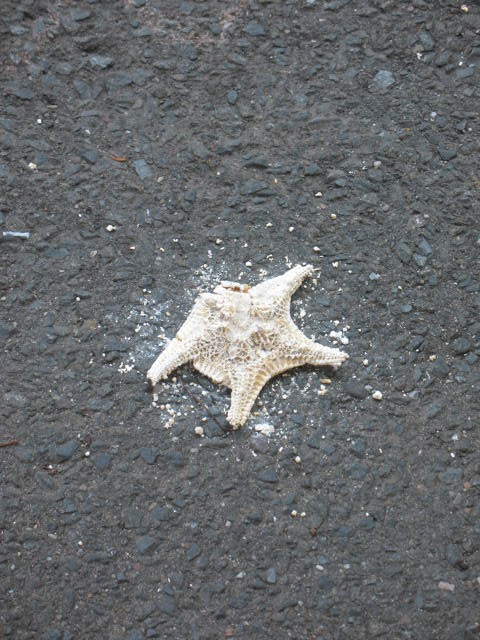 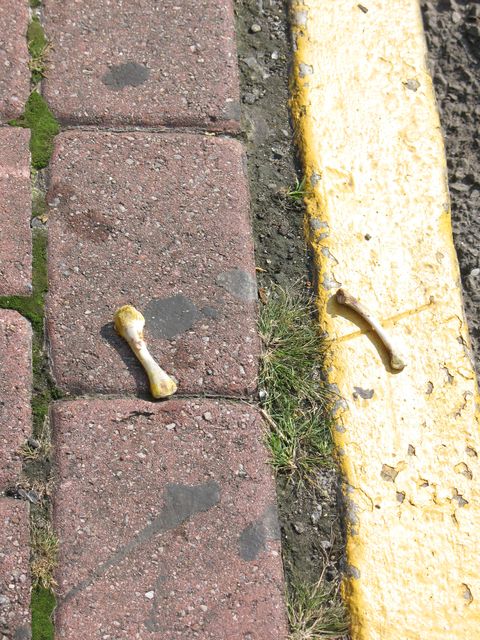 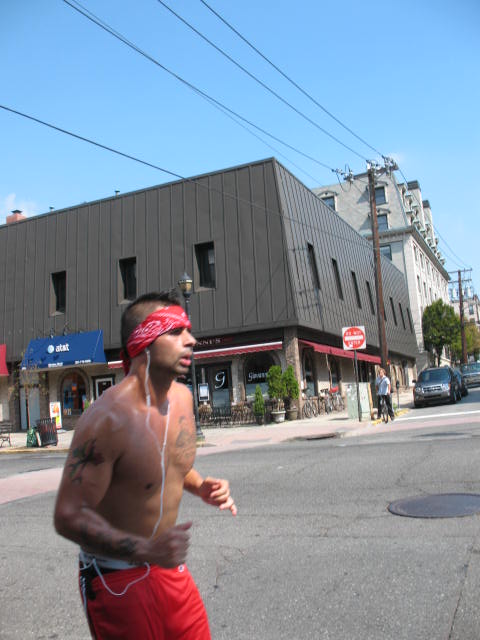 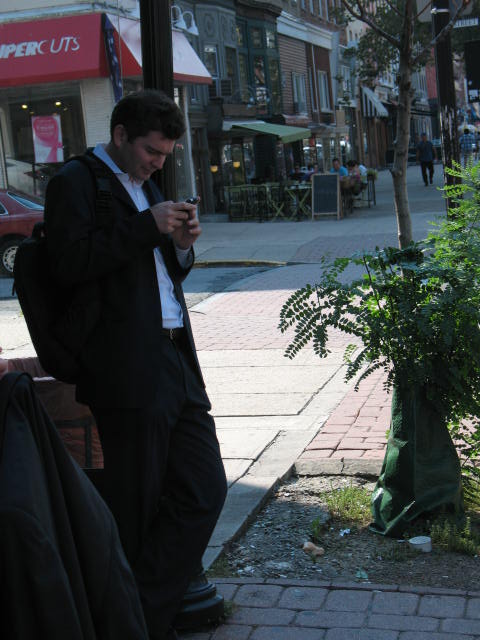 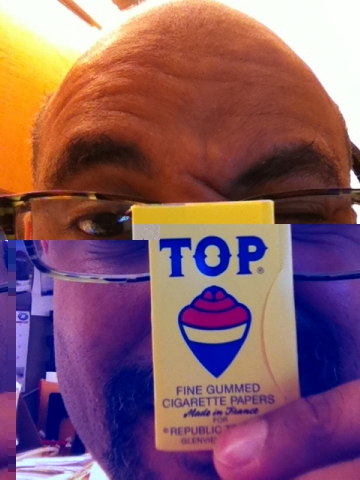 The Cake photo sent by Pedro 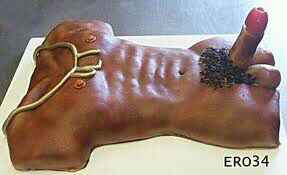 I can’t go on, I’ll go on. It’s later than usual, but I have a good excuse as well as a note from my roommate. It’s been a really special day for me today. Truly things were all up up up. It started out nicely, sleeping in as it was my day off. Bill went to work later than usual, and left me a very nice, very sweet birthday card.

It wasn’t so bad and surprisingly I did not kill or maim anyone. As I was doing some shopping a handsome young man approached and said ‘Hey John’. I scanned his face, initially thinking it was someone from the cigar shack, but no, it was from a long time ago.

It was Jason, a kid I used to work with at Right Track in the 1990’s. He was just an assistant engineer then now he’s a father to be as well as an award winning engineer. Despite the lack of coffee we were able to have a nice discussion on things, his impending fatherhood, fixing up his apartment with his wife and his part of Hoboken being under 2 feet of water thanks to Irene.

It was good to see him and we left the store at the same time, Jason offering me a ride home and me telling him I only lived around the block. I came home and had a nice breakfast and of course, made some coffee. After reading the paper and thanking each and every person who wished me Happy Birthday wishes, I did some laundry.

I also heard from Rand who was able to get a few of thousand songs from my old, now deceased computer. We planned to meet around 1:00 so he could give me a flash drive. We were both on time and Rand brought up the idea for a birthday lunch.

Sounded good to me so he then called his wife Lisa and we all met up on Washington Street for some Mexican food at Qdoba. It was my first time there and it was very good. I used to prefer Mission Burrito but the last time I found them to be lackluster. Qdoba was good and the company I kept was better.

After lunch I headed to Mr. L’s to get a haircut but Tony was busy so I went home and took some clothes out of the washing machine and hung them on racks and in the bathroom to dry. I headed out again and Tony was free this time.

About an hour after that I was on the bus heading into Manhattan. Bill asked me to meet him at his office around 5:30 so we met up. We had some really good, really big hamburgers near his office, and then walked around midtown enjoying some cigars. I had no idea what I was in store for, I figured we would be heading back to Hoboken in a little while.

After the cigars we headed back towards Times Square to my surprise. It was so crowded with tourists, but I was following Bill’s lead. We walked past the Palace Theater and Bill said we could stop there. We were going to see Priscilla, Queen of the Desert. I was definitely surprised at that.

I didn’t really have any desire to see the show. I did buy the DVD of the original movie years ago for Bill’s birthday and we both loved it, watching it a few times. This was totally out of left field. We had good seats in the balcony and much to my surprise again, I loved it.

It was just as good as the movie, even more visceral. There were times where my eyes welled up a bit. I was blown away at the end as was Bill. So damn good and the ending to a very good day. Perfectly magical. 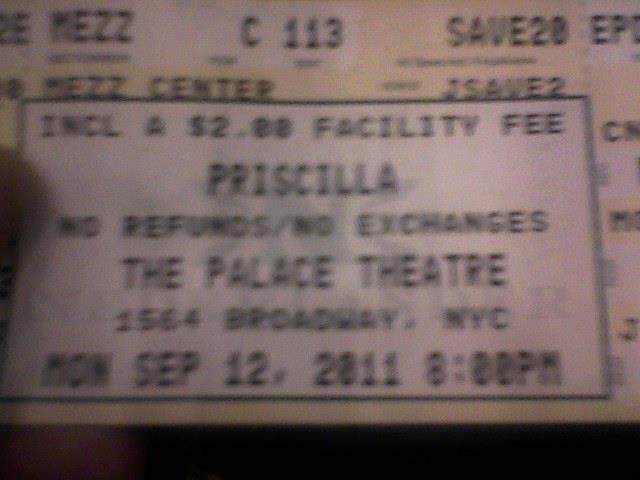 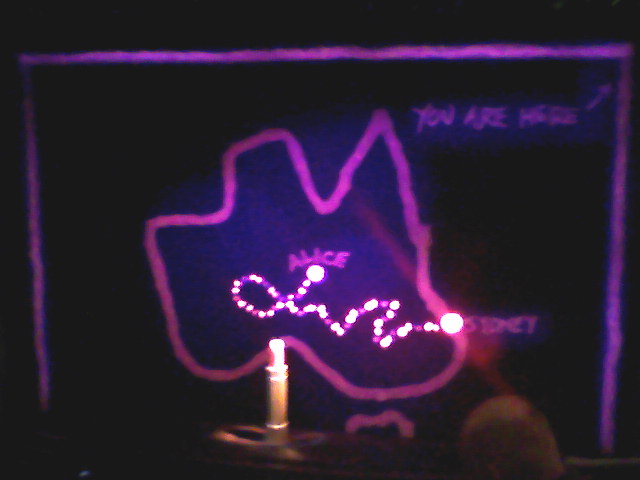 And thanks for all the good wishes my friends!