Well I just got back from a fun visit with Harpy to the American Museum of Natural History. It’s a great place to visit, to see your relatives. Always busy and always crowded though.

The first time I had ever gone to the museum was on a class trip with St Francis de Sales in 4th or 5th grade. Somehow they had gotten it together and got a bus or two full of students into the city which was not as kid friendly as it is now.

Eventually, we were herded together into the museum and the Hayden Planetarium. It must have been 5th grade because word was Jimmy Murray had copped a feel on a girl during the planetarium show in the dark.

He said he did, whether or not that was true remains unknown. She was a girl that I recently re-friended on Facebook and if we ever meet again I’ll have to ask her.

I do remember the big blue whale in a great hall. Not as darkly lit as it was today. Creating an environment that looked as natural as possible wasn’t a concern then.

The other thing I mainly remember was most of the boys fleeing from the class mother, Mrs. Munafo and running wild up and down the stairwells in the museum creating a ruckus.

The second time was probably 15 years ago with Meghan Taylor, the funniest girl alive. Meghan and I took Meghan’s daughter Lily to the museum. I believe it may have been an early spring day, with Meghan and myself pushing Lily in her stroller.

Meghan and I enjoyed ourselves as did Lily. The main thing I remember from that is that the three of us with our Irish faces looked like a family which cause a few other people to comment on what a lovely family we were. We didn’t discourage them.

That is when Lily became my ersatz daughter basically. We decided to run with that and we are still running to this day. The other time was when I took Perry Brody for a trip to the museum.

Perry lived around the block from me in Weehawken, the son of Cheryl Welch and the late Don Brody. Cheryl thought I would make for a good male role model in Perry’s life at that time and a trip to the city sounded like a fun idea.

Perry must have been around 6 or 7 at the time. We rode in on the bus and took a subway. I chose the first car of the train and Perry and I stood looking out the door window next to the engineer. It had a roller coaster effect that we both enjoyed.

Perry, of course loved the museum but we had to hurry through the dinosaur skeletons since they were a bit overpowering and scary for his young mind. Basically I picked him up and hustled him from one end of the hall to the other which his face buried in my shoulder.

After that was a trip to a playground in Central Park where Perry fell and nicked his knee. He cried a bit so I made it looked like I had hurt myself too and I wasn’t crying, so why should he?

It seemed to have worked but that was the last time I ever went anywhere with Perry. I did babysit a few times for him and his sister Molly though where I was declared to be cooler than Coolio.

I went once again after going with Perry, this time with Annemarie and Earl when he was a kid. Another good time with Anne and Earl but the main thing I remember was running around in the summertime heat in the Diana Ross playground, getting wet in the sprinklers.

So today was a visit with Harpy and it was a lot of fun. But by the end after schlepping around the museum, dodging strollers and restraining ourselves from braking the mini-mega phones that a few kids had going on and on, we were exhausted.

We parted ways, Harpy and I. He getting on the C train heading uptown and me trekking south to get a hot dog at Gray’s Papaya. Most of the pictures were posted on Facebook but there are some posted here as well. 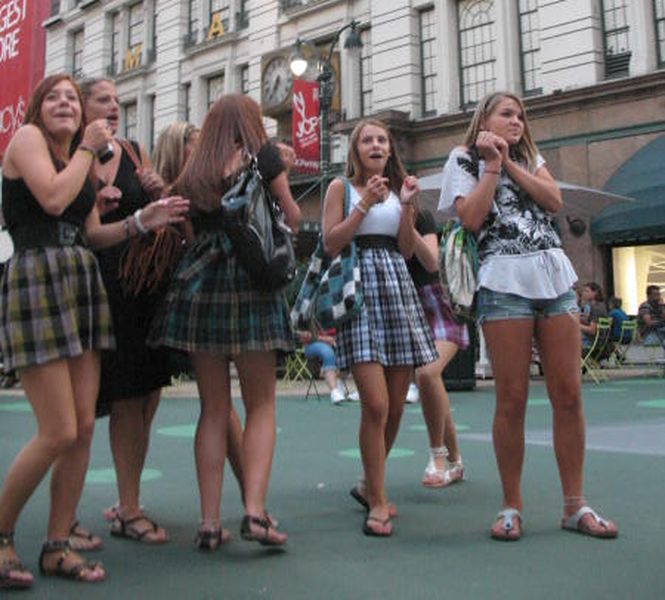 This is actually from yesterday. They were all startled by a pigeon. 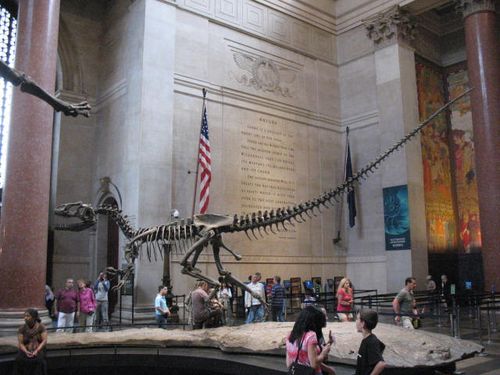 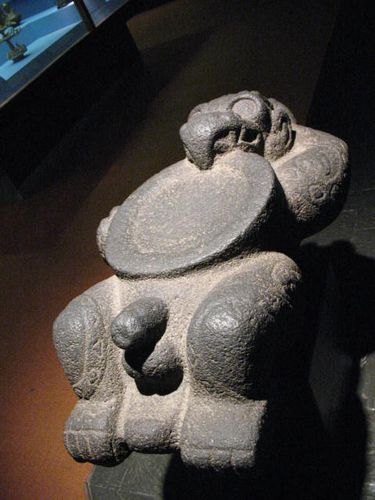 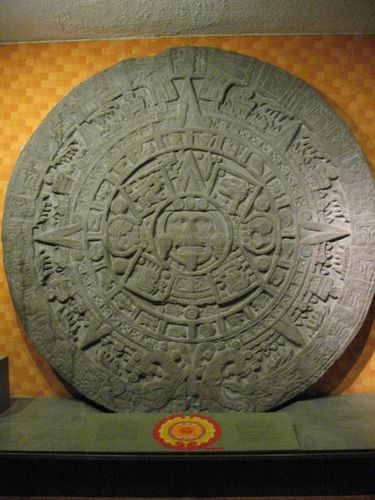 Does anybody really know what day it is? 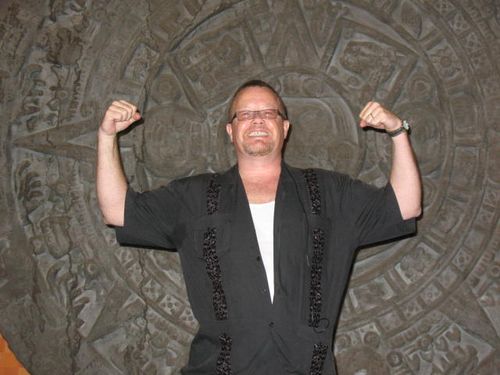 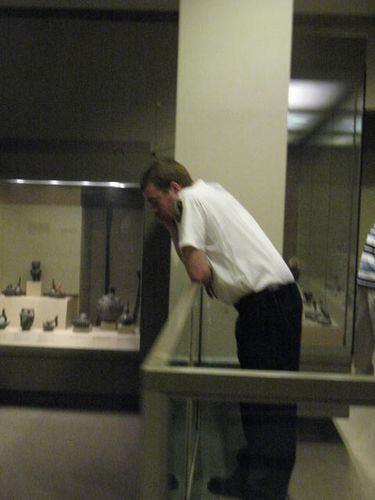 Napping guard in the Amazonian room 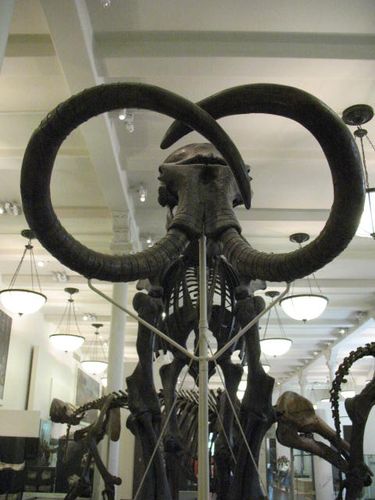 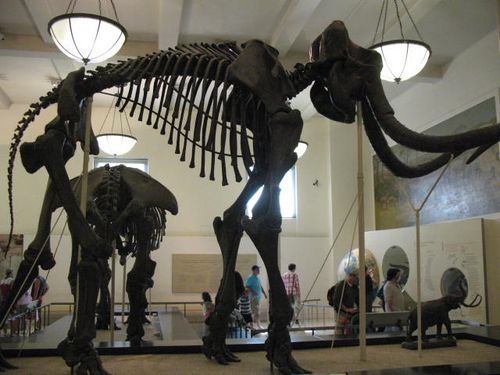 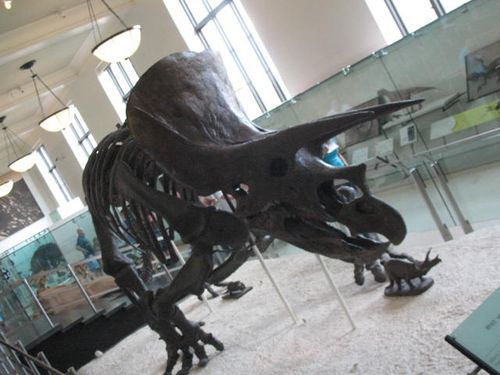 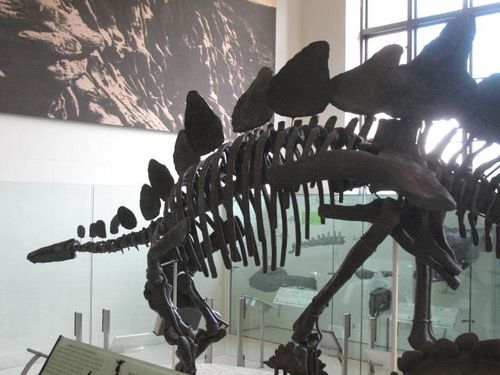 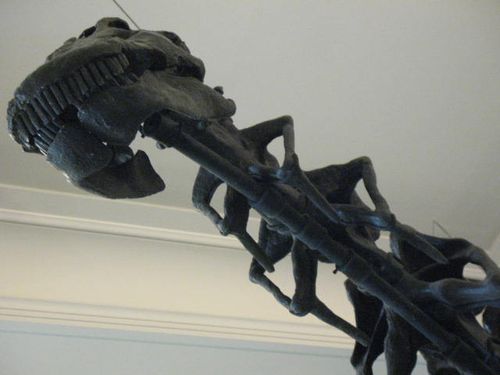 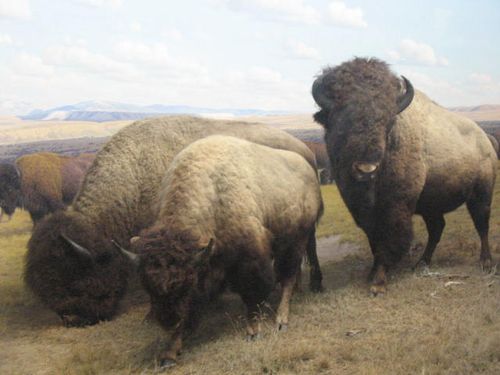 ♫ 3 Buffalo Gals go round the outside ♪ 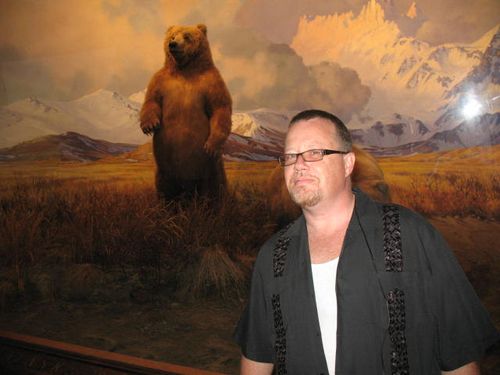 Hanging with a bear 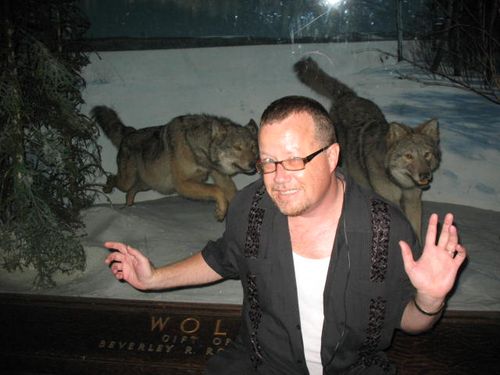 Me and my wolf brethren 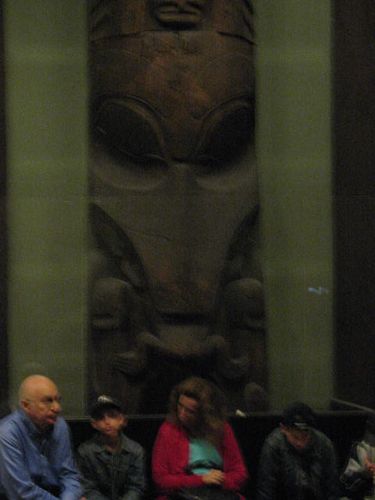 An unhappy Toltec god about to take his revenge 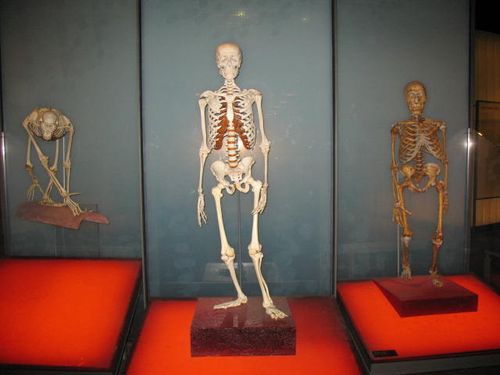 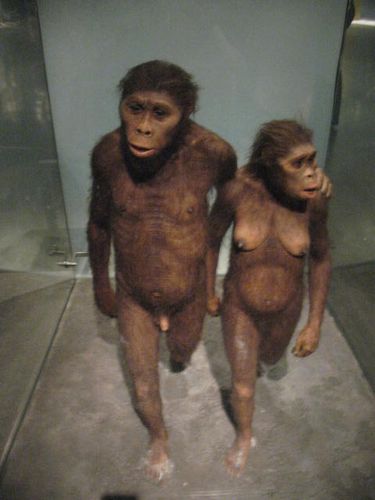 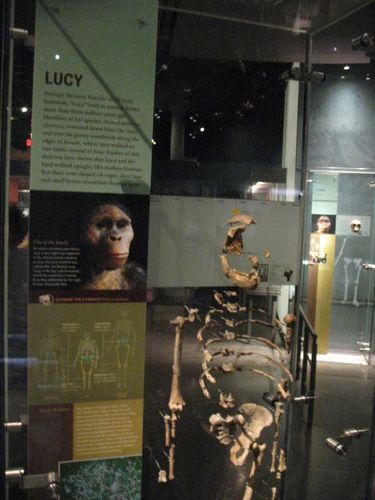 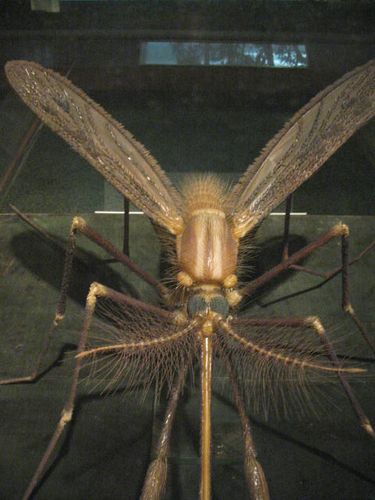 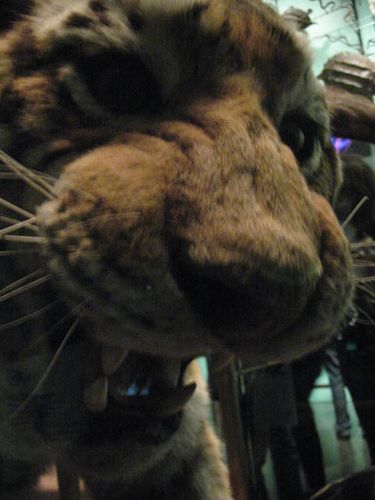 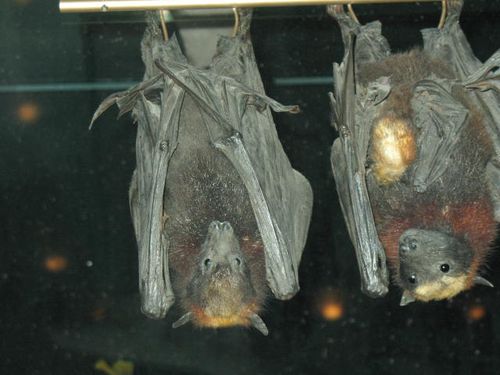 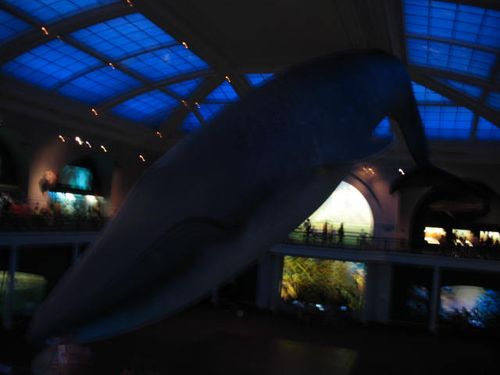 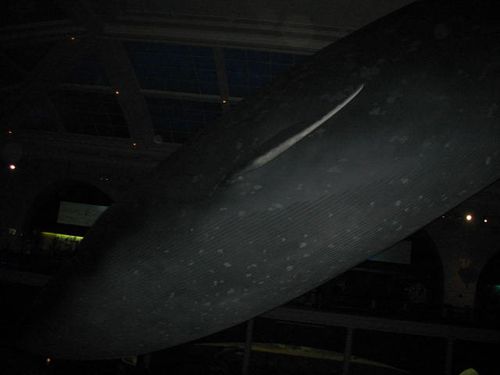 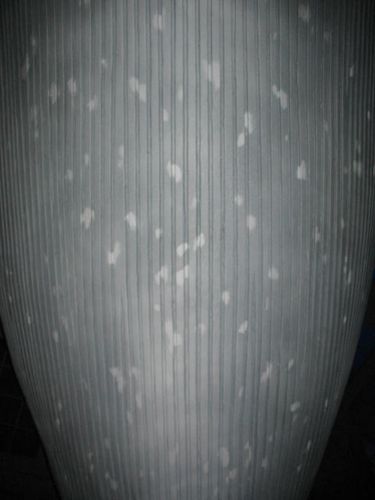 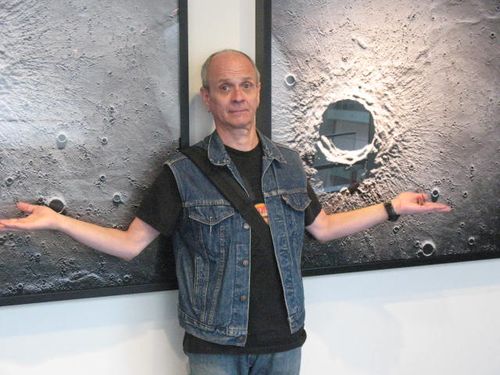 Harpy on the Moon 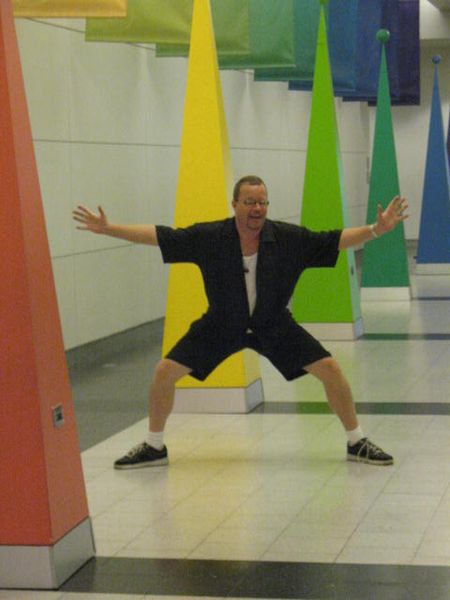 I saw Allison Lee with her lovely son Hank. Allison I’ve known for years, she’s also born on September 12. Hank has sprouted up. Last I saw he was just crawling. They grow up so fast. It’s true. I know most of you don’t know who Allison Lee is, she’s a sweetheart and that is basically all you need to know. She’s also married or perhaps partnered with Pat Longo, who is also a sweetheart and he’s a friend of my brother Frank. McSwells peripheral people.

Also got a YouTube link from Cheryl Walsh. Cheryl used to live around the block from me in Weehawken with her late husband Don Brody and their 2 kids Perry and Molly. I knew Don Brody when my ex roommate, Jimmy Lee (no relation to Allison) played guitar in Don’s band, Cryin’ Out Loud. They were a Beat N’ Path band, not up to snuff at McSwells as a band but Don was always welcomed. I babysat for the kids once and was declared to be ‘Cooler than Coolio’. High praise indeed.

Perry has been taking piano classes at the Guitar Bar owned by Jim Mastro and Fred Smith. He’s gotten to be quite a handsome lad and has a great voice which you’ll see in the clip at the bottom. I bet the girls are all over him. He’s a big Beatles fan and you know that can’t be bad. Last night I finally watched Lars and the Real Girl. Very low key, but worth a look. Good acting all around.

I don’t believe I’ve seen Ryan Gosling in anything before, but for a former Mouseketeer he’s pretty good. Hard to describe the movie properly, a lonely guy gets an inflatable doll and falls in love with it. With her. But it’s more than that and not what you would expect I think. I showed Bill the clip of Fred Schneider of the B-52’s on the Daily Show which was pretty funny. Fred seemed a bit timid but I guess that may have been part of the act.Work was ok, though waking up was a drag. Busy at work, making me happy. Helped a former employee clean out her office and that was sad. She was let go at the end of April and it’s taken her this long to get her things in order. Bill stopped by the office. I’m trying to sell 5 portable air conditioners on Craigslist. Actually I’ve been trying since April and started at $300 for each unit, now it’s $175 or best offer.

Vivek said I could have one if I wanted but I offered it to Bill for his mother’s apartment in Stuyvesant Town. If you get a window unit they jack up the rent so a portable unit should go unnoticed. I introduced Bill to Greg Stevens and his wife Leslie who runs a Foundation in one of our offices. Greg was super nice and gave Bill a hearty handshake as did Leslie. Vivek was gregarious and mentioned that he’d seen Bill’s picture on my desk.

I showed Bill the unit that I was going to give him and urged him to research it, find out if there are problems that people may have posted online and maybe find a download of a manual since I don’t have one.

And also in the news, related to the end of last night’s posting, Opponents of the historic decision to make same-sex marriage legal in California failed to derail the June 17 start date when their petition to delay was rejected So if you have a same sex partner in California you can get married starting then. Should these douche bags vote against it in November it will be a mess. Between June 17 and election day in November, perhaps if many people get married they will learn that the sky will not be falling and then wake up to learn that there is absolutely nothing to fear at all.

And now, here’s Perry. I was gobsmacked when I first saw it. Still quite good.