It’s Thursday and it’s a good sign that I’ve made it this far. Last night was the big Obama infomercial which Bill and I watched on MSNBC. It left me whelmed, but then again I’m not the audience that it was aiming for since I’m already a supporter/volunteer.

It was made for the undecideds, the wishy washy and the fence sitters, as well as the people who constantly carp that Obama hasn’t said anything, he has no plan. Well that’s bullshit and you and I know that.

Like I said Bill and I watched it on MSNBC so we watched the entire 30 minutes. According to Harpy who called me soon after, he only was able to watch 28 minutes since the last 2 were cut off, meaning the transition from tape to live rally in Florida went unseen.

Harpy mentioned it was like that on the other broadcast channels as well. Strange doings indeed. The segue from tape to live event was very smooth and the perfect high energy finish.

This morning on the Today show, Matt Lauer called the Obama infomercial sappy. Yes that hard hitting news show, co-hosted by Kathy Lee Gifford in it’s last hour knows what sappy is. Sappy is the moronic conservative Baptists Jim Bob and Michelle Duggar with 18 kids and their home schooling. Sappy is the Family Ties reunion.

Sappy is tomorrow on the Today show with Matt Lauer dressing in costume as befits a hard boiled newsman like himself. Sappy is draining John McCain’s ball sack which Matt Lauer has been known to do when interviewing. So yeah, I guess Matt Lauer, the former newsreader and host of PM Magazine would know what sappy is.

I’m sure he sees it every time he looks in the mirror. It’s what comes before his ever expanding and worrying bald spot.

Work was busy and productive today which made the day go that much faster. I saw Dominick Dunne who lives next door to my building. He’s a bit frail and quite short. This weekend is the B-52’s at the Hammerstein Ballroom on 34th street. Bill and I are quite psyched about the whole thing.

I think beforehand I’ll put in some volunteer time at Obama headquarters, either working the phone bank of doing data entry, whatever is required for a few hours. I donated money to No on Prop 8 in California again.

Fucking mormons as well as national reich wing christianists are pouring in a ton of money and spreading disinformation. I really hope the people of California are smart enough to see through this, but then again they’ve voted for Arnold Schwarzenegger as governor.

Many thanks and credit to Jeremy from Good As You, a very fun and informative blog that has been intensely focused on this very important issue.

If anyone wants to buy me a present and they have $3000 to spend, I’d really like this suit. Just a suggestion that’s all. 46 Long. 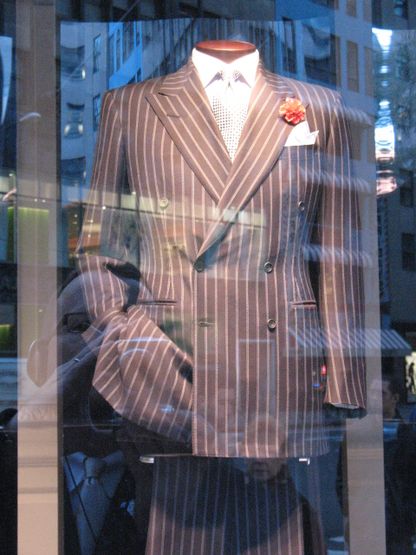 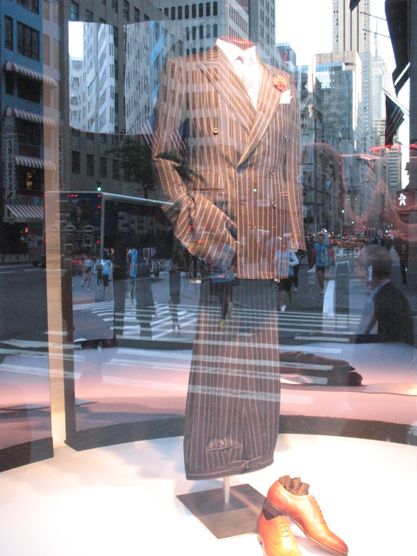