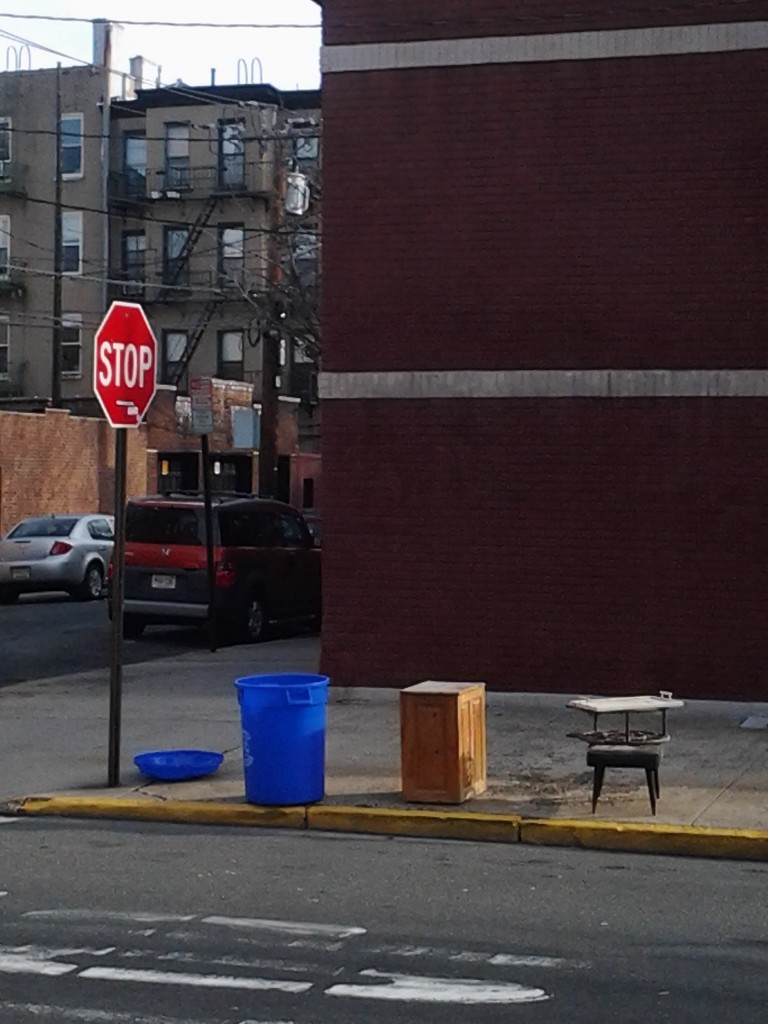 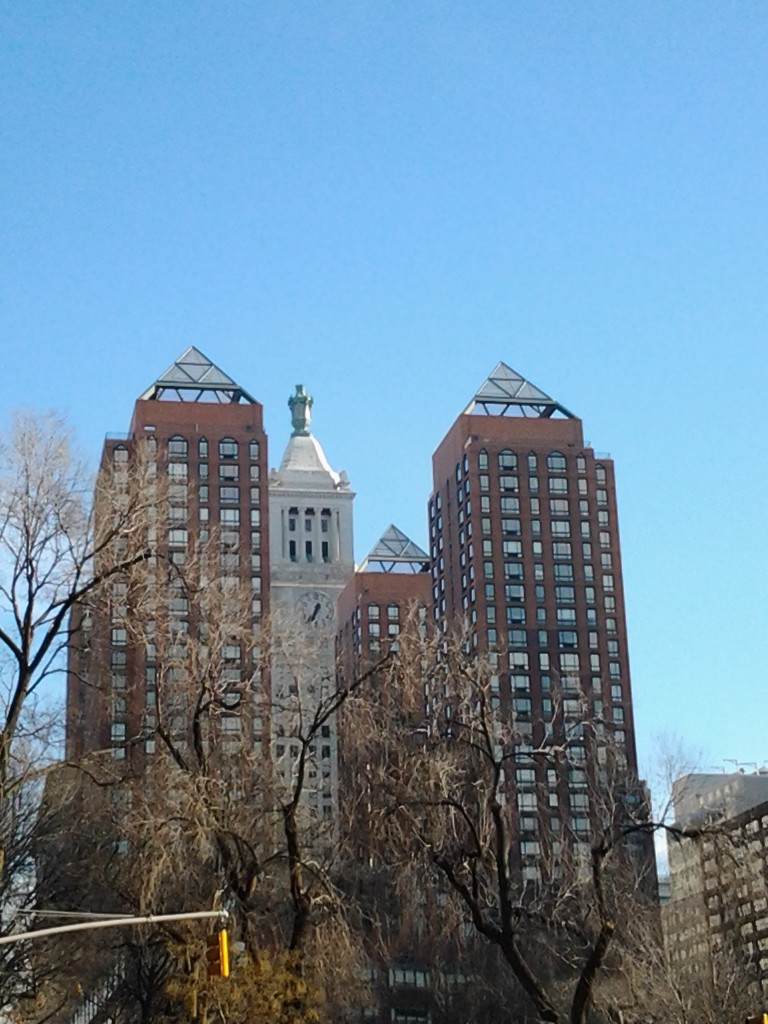 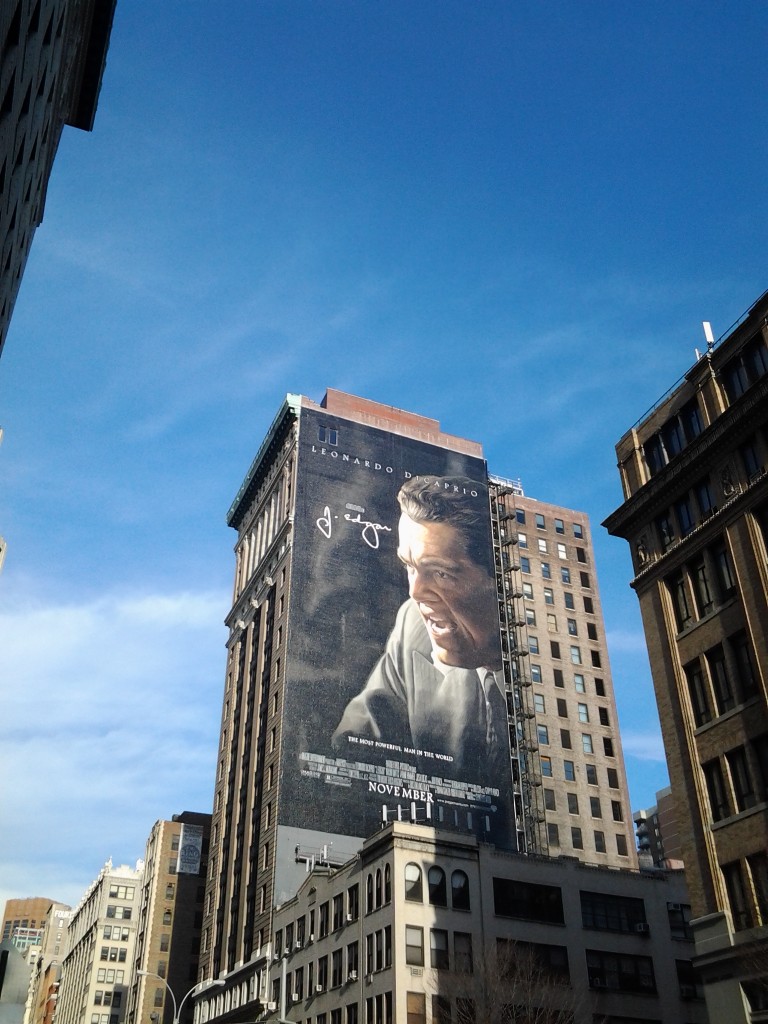 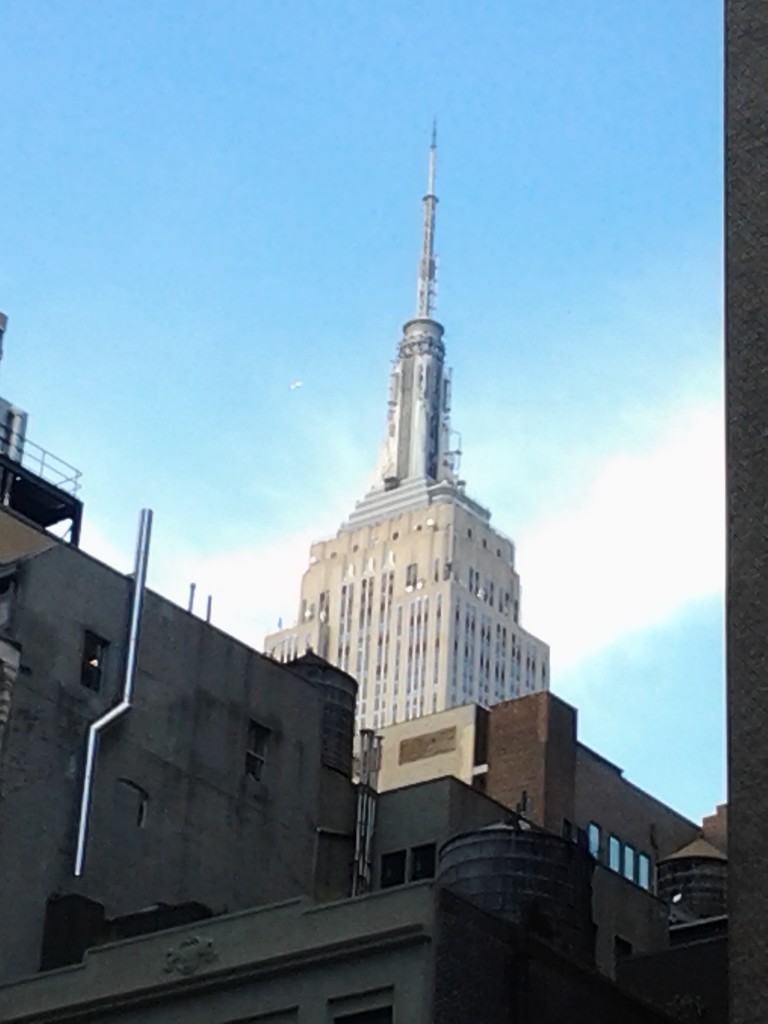 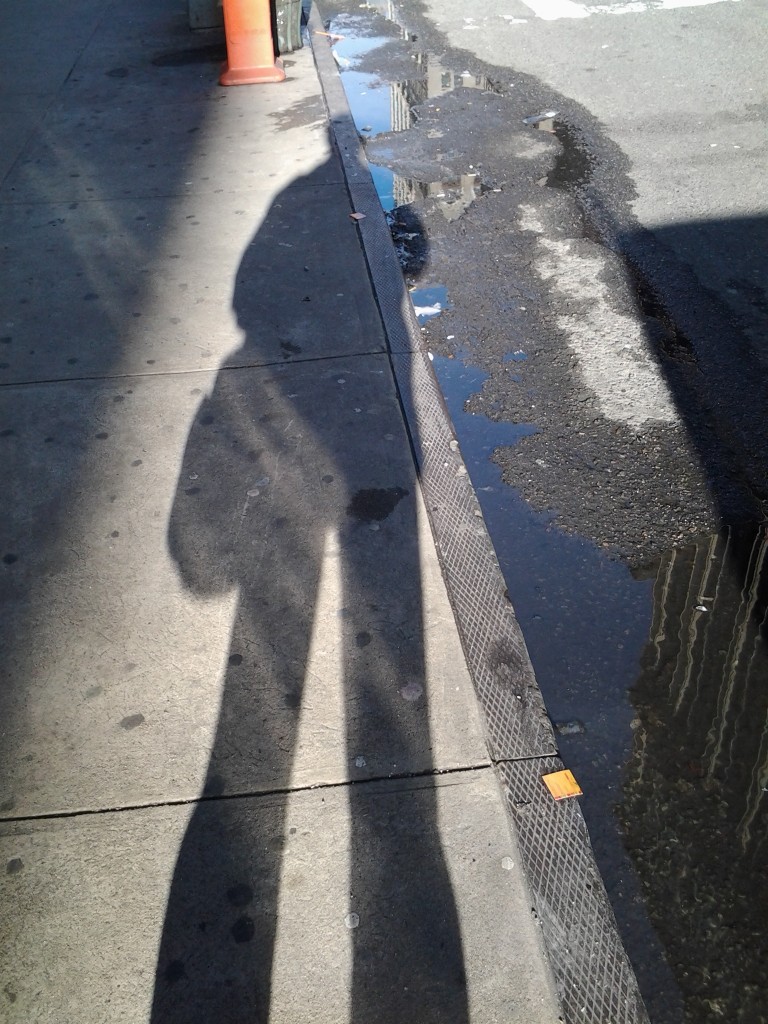 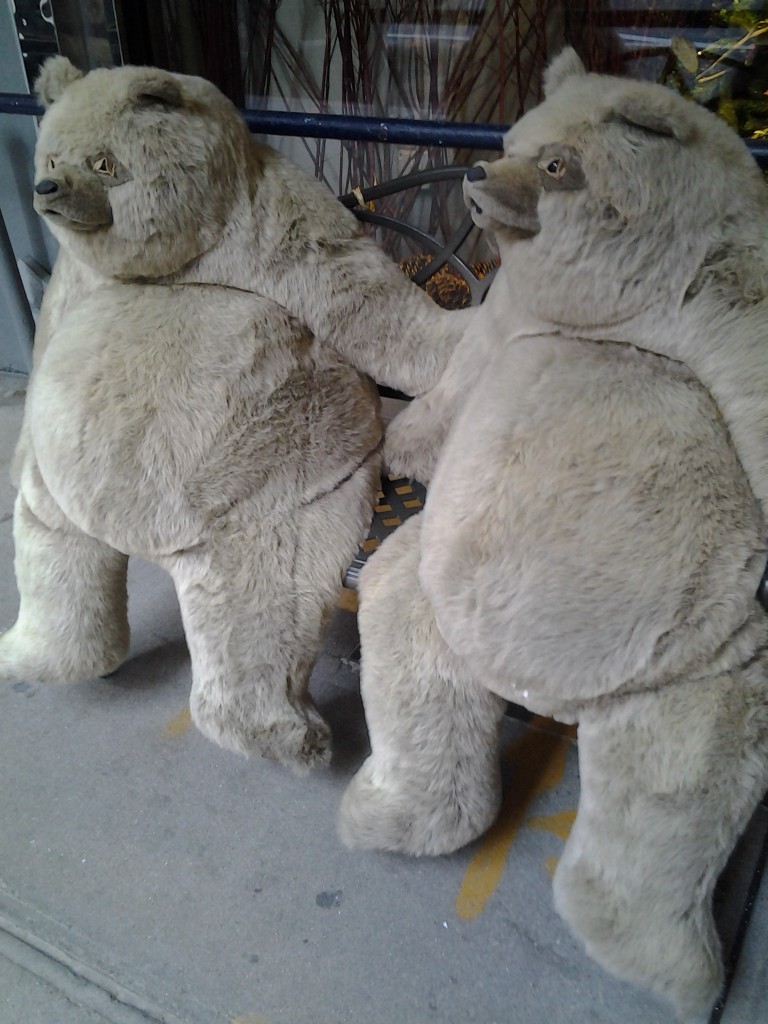 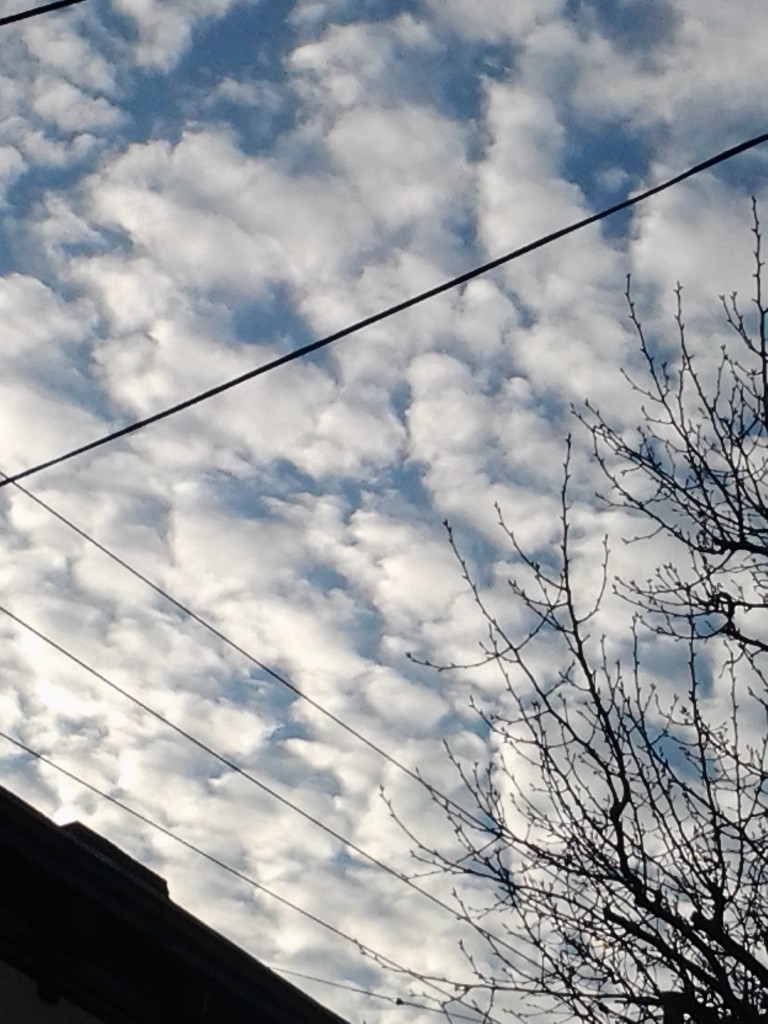 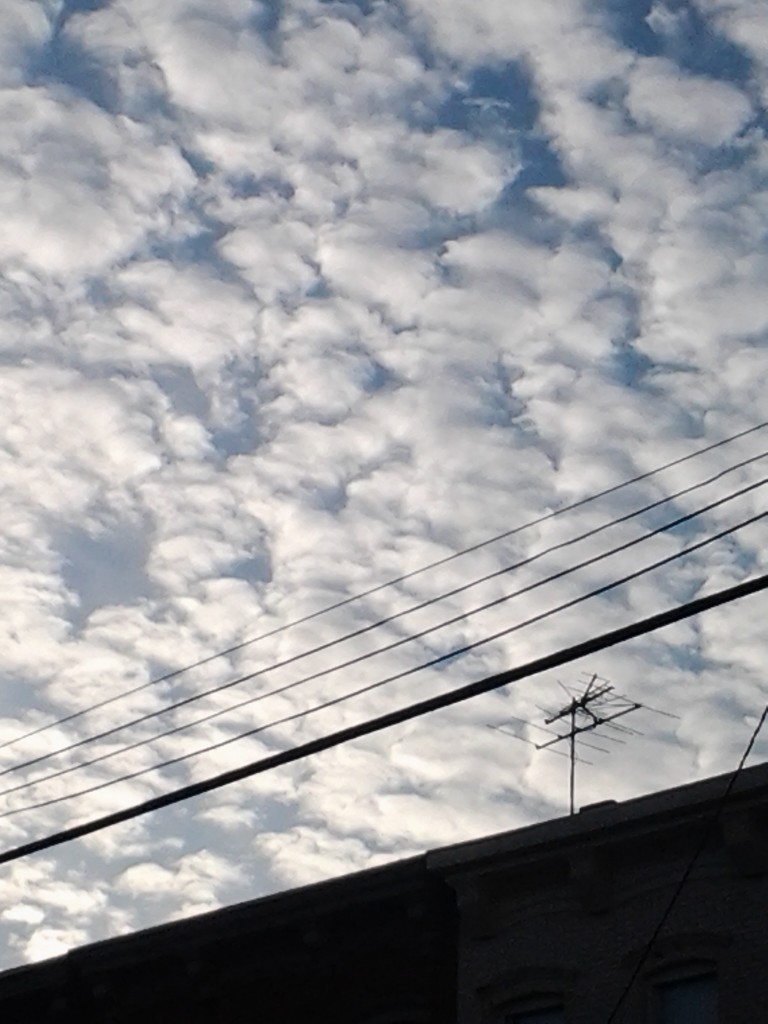 From last night as promised to both my anxious readers.

Been a while since I wrote in this notebook. Over a month actually. Presently sitting in 273 Bowery at the Gotham Writers Workshop. I received a free invitation to sit in on a class for non fiction writing so I thought I would check it out.

It’s quite cold on the street. I killed time by walking around, spending a few minutes in a bookstore on Carmine Street. As I walked towards Houston Street I got a phone call from Publishers Service. Apparently Publishers Service liked something that I did, so much so that that they are awarding me with a gift certificate for a $1000.00 online shopping spree.

The guy who called me as I walked around asked if I would be interested in a subscription to ESPN Magazine, Rolling Stone or Men’s Journal to name a few.

As I stood by the bus stop at Sixth Avenue and Houston Street, I played along waiting for ‘the catch’.

It seemed there was one forthcoming. I told the guy there were only 2 magazines I would be interested in subscribing to and they were from the UK. I don’t think the guy knew what UK stood for.

The class is slowly filling up.

The guy on the phone asked if whatever deal he was talking about sounded good. I said ‘yes it sounded good but sounding good doesn’t necessarily mean it actually IS good.’

The class is labeled Non Fiction Writing with Pauline Millard.

Back to the phone call, I could hear other telemarketers in the background. I told the guy that before I commit to anything I would like to see it in writing rather than make a decision standing out in the cold and talking to someone out of the blue on the phone.

I don’t think it was something he wanted to hear. I maybe getting ESPN Magazine in 3 to 5 days, a subscription that lasts either 16 months or 60 months.

I also signed up for a fiction class which may be tomorrow. I thought tonight was fiction but the organizers said otherwise. I still think I am right, but when I got home and checked, they were the ones who were right.

Pauline Millard sits at her table, reading a magazine (possibly from Publishers Service), waiting for 7:00 so the class could begin.

It’s funny, I haven’t been downtown in months. It seems a lot cleaner.

There is money to be made in non fiction writing. She brings up Huffington Post as an example.

It’s a 6 week class, covering Memoir writing, Personal Essay and Op Ed features, as wells as Profiles, Travel, Reviews and Business. Pauline says she makes you read and write a lot, and you can’t write unless you read.

We’re going to start with a short memoir exercise on Why you came to New York, or Why are you still here.

THE 5 MINUTE ESSAY- WHY I CAME TO NEW YORK. Well I got as far as Hoboken actually. I am a music lover and would come into Manhattan to see bands playing at various venues. Manhattan was a bit too pricey so I opted for Hoboken, which is directly across the river.

I actually grew up in North Jersey and could see Manhattan or rather the Empire State Building and from the town I grew up in. I do like to maintain a distance, perhaps an arms length with the river between me and the city. I like the ability to relax, to let my guard down so to speak.

I do work, or rather, did work in a variety of Manhattan jobs. The music business, magazine publishing and the corporate world which are all situated in Manhattan. 5 MINUTES ARE UP.

Pauline says you don’t have to write everyday and on that count, she is no Lewis Lapham. Some tips for non fiction writing, go online and look up writing prompts. She says the prompts might be geared towards 7th graders.

A memoir is a portion of your life, a slice on her pie chart.
‘Write down every year you’ve been alive’ with different events becoming writing prompts.

Memoirs have a beginning, a middle and an end. Journals, not so much. Nothing is said about blogging.

ANOTHER 5 MINUTE EXERCISE this time, ‘Somebody you can’t stand’

Oh how I disliked Howard’s wife Leslie. Short, loud and obnoxious with a mouth on her. She tried to ingratiate herself into the rock and roll scene I was a part of. Out of kindness I tolerated her I suppose. Others went further but to me she was a gnat and I called her that.

Not to her face of course but behind her back. Somehow she got others to believe in her and actually became business partners with 2 friends of mine. Not me though, none of my business. Surprisingly my feelings about her became manifest.

She wound up suing the 2 friends to get out of the business agreement. It’s been years since I even thought about her.

Last I heard she and Howard divorced, Howard was a cipher but could easily have done better than having a gnat for a wife.

Do I wonder where she is now? No, not really. She popped into my mind a few weeks ago when I saw a business card from that ill fated venture, scanned onto a Facebook page

I actually that aloud to the class.

She also mentions that she worked for the Associated Press, now she writes for the Huffington Post and is in the Columbia Masters program.

3 people have gotten up and walked out of the class.

Pauline says writing is hard, but it depends on the circumstances or what you’re on. She has also brought up the TV show ‘Lost’ 2 times already.

She quotes Dorothy Parker, ‘I hate writing but love having written’.
Pauline advises ‘Don’t expect too much of yourself’.

An exercise in coming up with ideas- What’s interesting about your hometown, your neighborhood. I write-
Friends.
The Fact that it is Hoboken,
Everything is within walking distance.
Sinatra.
Baseball.
Musicians.
Artists.
Old Italian Ladies dressed in black.
Maxwells.
Major transportation hub.
The view of Manhattan that you can’t see if you’re in Manhattan.
The Mile Square City.
Blogging battles.

I misunderstood and made a list instead of a short essay.

Pauline mentions how she sneaked into a book publishing party and got there early. Later on at the party she met a guy who she asked who he was, did he write fiction or non fiction?

Stopped by what was Farfetched. It was closed and instead of the lightness of the space, it’s dark with a gargoyle that confronts you right by the entrance.

Tonight I attend a class on fiction writing, so expect more of the same tomorrow. Maybe.