Getting ready to work the late shift again. Had some interesting dreams last night, specifically a dream where I was in Manhattan, around 57th Street.

I was at a bar which resembled the Carnegie Club, but it was a gay bar and instead of being behind Carnegie Hall it was right next door. I had some books or magazines and needed to get home but something kept me where I was.

I left and walked towards 6th Avenue, and soon I found myself in a taxi driven by a chatty and obliging driver who dropped me off near the bar I mentioned before. I got out of the cab and walked around a bit, when I realized I left the flip flops I was wearing in the cab.

I went to a store across the street from the bar and found some European merchants who sold me a pair for $3.99. Then I headed to the bar but I couldn’t find the entrance since there was a lot of scaffolding erected.

That’s when I woke up to the sound of Hungry Like the Wolf by Duran Duran. Not my favorite song or band, but it certainly got me out of bed. Overcast day. I watched True Blood last night.

So much happening. A very fast hour. Nice butt on Eric. But I’m not an ass man, man. In started to watch Treme afterward when my old friend and former roommate Kevin called.

It was a fun talk almost 90 minutes. A wide range of subjects were touched on, friends, alcoholism, drugs, family, movies, Maxwells, bad choices and of course, art. Kevin is one of the best artists I know and it’s good to see he is still at it out there in Pennsylvania.

I am now friends with him on Facebook (which he recently reluctantly joined) and MySpace. My MySpace page was covered in cobwebs since I hardly ever go there. It was funny to find he’s friends with my sister in law Elaine’s nephew, John.

I made two new play lists for the store, one of Maria Callas with a smattering of Kiri Te Kanawa and another list of Django Reinhardt. Last week when I played the very long play list, when some opera came up Marcus was greatly impressed with it and I tried to find some more.

Unfortunately I had maybe two other songs which went into Malcolm McLaren’s Madam Butterfly. Last week I also raised some eyebrows when The Bird & the Bee’s song, Fucking Boyfriend came up.

You’d think that a room full of men smoking cigars wouldn’t have any problem with Inara George singing, ‘would you be my fucking boyfriend’, but they did. No one complained outright but a few comments were made so in order not to ruffle these sensitive feathers, I deleted it.

That as well as Bodies by the Sex Pistols.

It’s an overcast, muggy day and they’ve been saying that it might rain later on. For once they may be right. I’m wearing a suit that I don’t think I’ve worn in about 6 years. I wonder why that is.

I’m sure I’ll find out. I’ll be working later on and notice a tear or something that will remind me, just why this suit has been hanging in the closet. Better the suit than me I suppose.

Have a good day. I hope to. 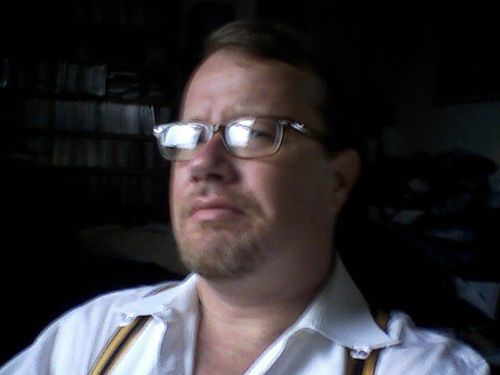