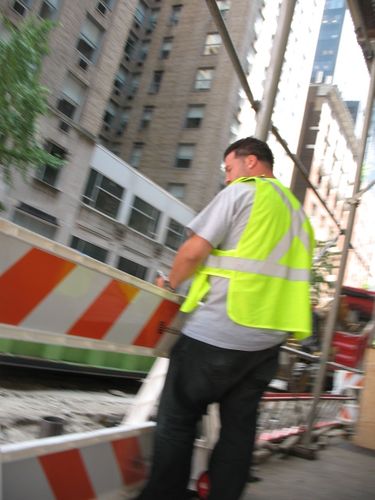 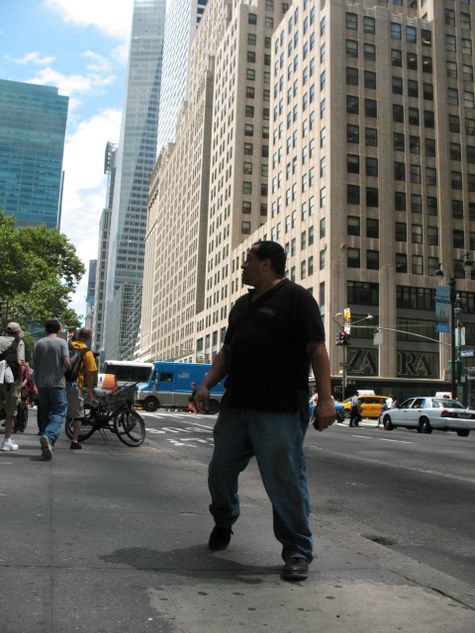 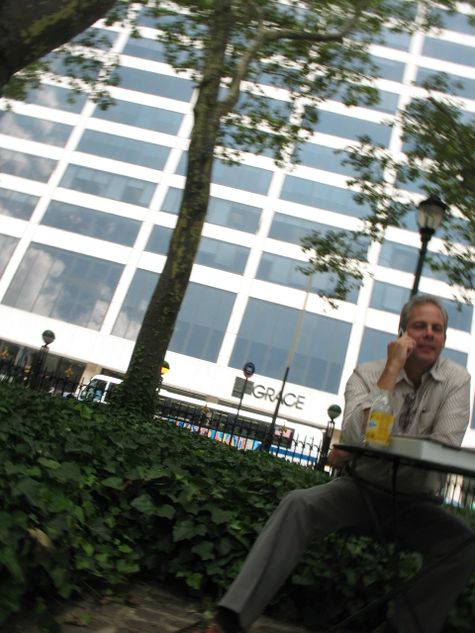 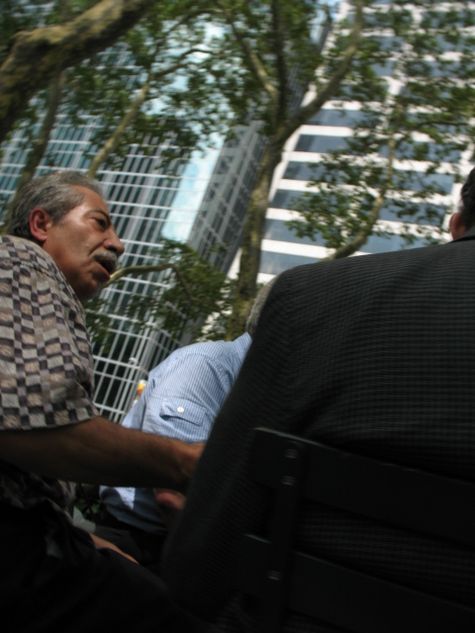 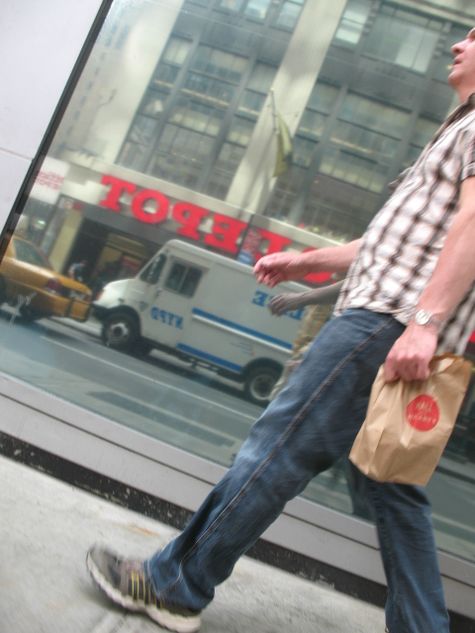 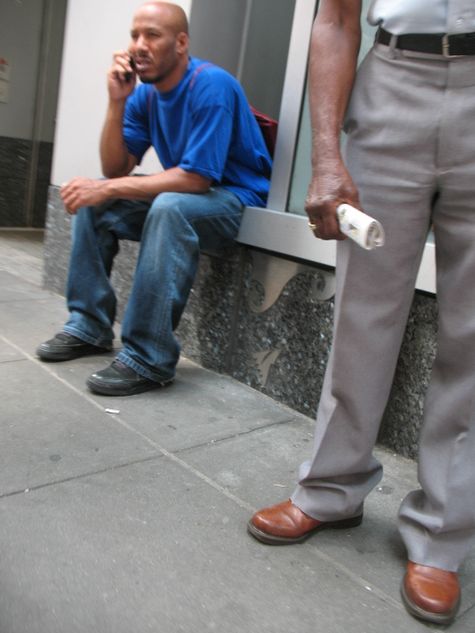 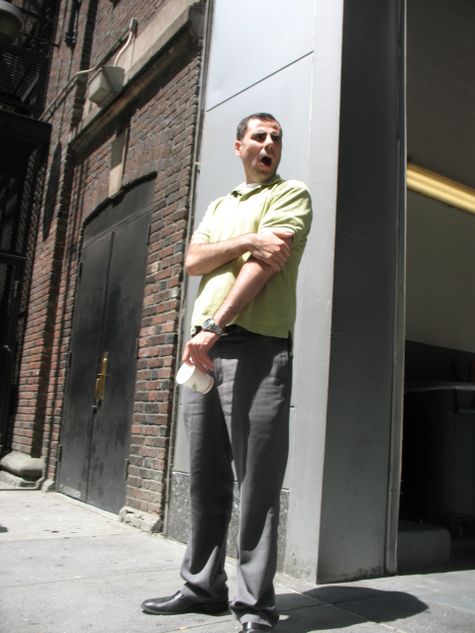 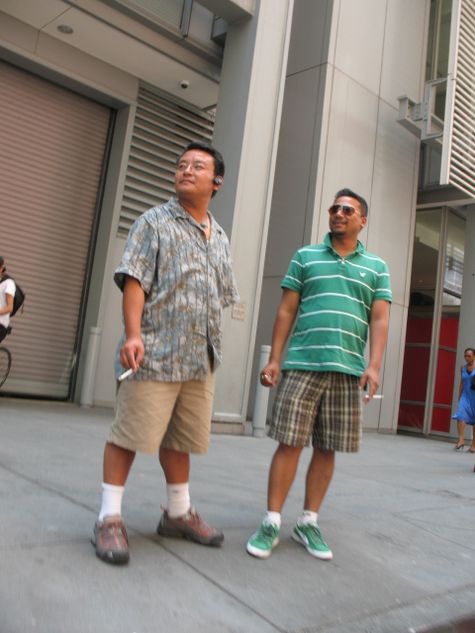 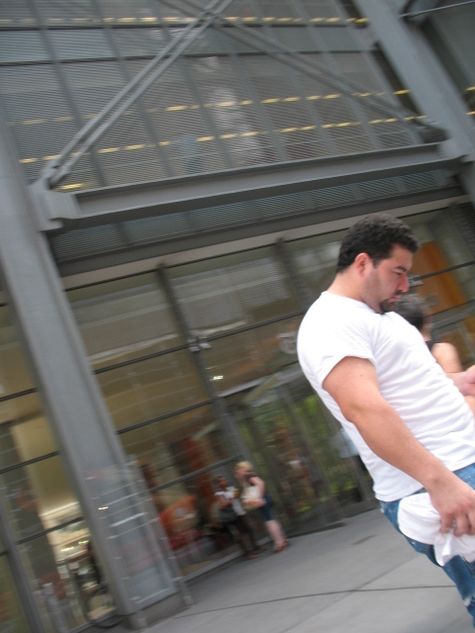 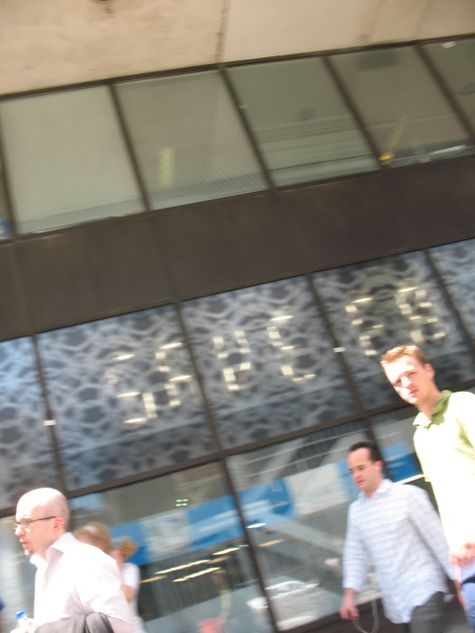 I made some coffee and went out and got the papers and other things. Saw Hoboken’s Lew Carbon at the Frozen Monkey holding court, but oddly enough no bevy of beauties surrounding him.

As crowded as Hoboken was yesterday, today it was fairly quiet again. Plenty of parking. Supermarket was fairly empty too and the streets were not like the day after the Fake Patrick’s Day parade in March.

Last night Bill and I met up with Jim Mastro and Meghan Taylor and their kids Lily and Ruby and Meghan’s brother Terry and his wife, Elizabeth Taylor. I met Terry years ago when he was working at the Beacon Theater and got Julio and myself in the Fine Young Cannibals with De La Soul opening. He didn’t remember but I did.

We all headed over to the river to watch the fireworks. It was fairly crowded but manageable. Bill and I smoking cigars as was Jim, smoking a Saint Luis Rey that I gave him. No one was complaining since there were a few other guys smoking cigars.

The fireworks display was impressive and loud. Lot’s of oohs and ahhs. We had a perfect view where we were. Lois and her husband Fred were a few blocks south and Rand & Lisa were watching it all in Weehawken.

Lily looked so demure in a nice dress and Ruby was Ruby, always photographed with her mouth open generally saying something silly. Such a nice family unit.

We went back to the townhouse where Jim & Meghan are watching for the month of July. I think they’re no so keen on living in Glen Ridge, so many friends here in Hoboken, plus things to do and see. Plus you really don’t need a car in Hoboken.

And then we’re back at the beginning of this entry.

This afternoon, I had a very enjoyable and fun bicycle ride with Meghan. Lily had a drum lesson and Ruby was bushed from being out in the sun. I brought water and bananas for the two of us and we rode up to North Bergen along the river.

It was a fun ride, just the two of us pedaling and laughing. If only there was that bike path from Bayonne to Fort Lee, we probably would have gone that far, but North Bergen will have to do for now. Meghan had to tend to Lily and Ruby and I came home and set about writing this entry.

Pop will eat itself indeed! 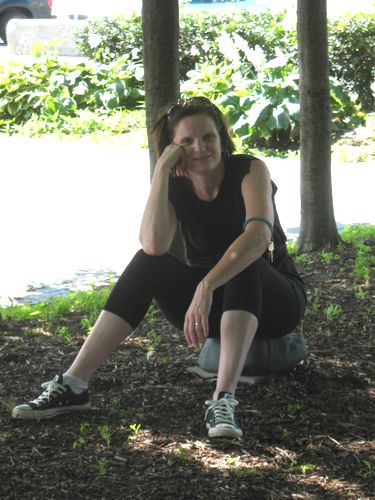 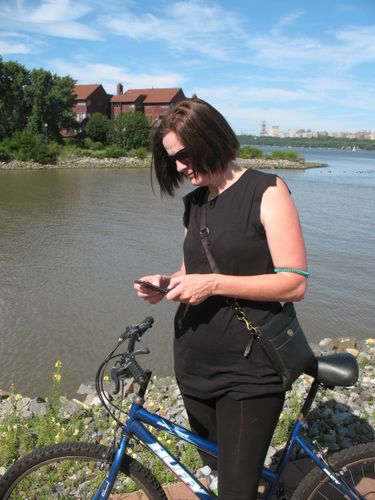 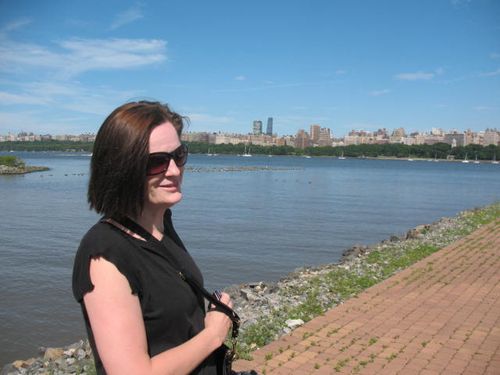 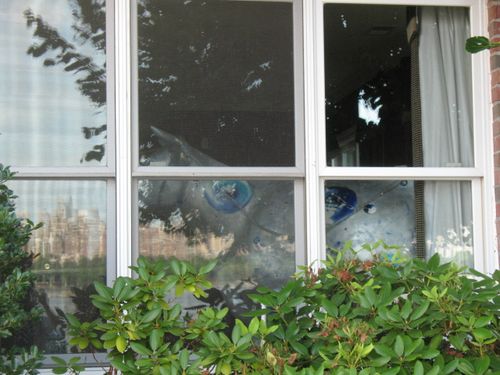 Someone has a big metal thing in their condo.... 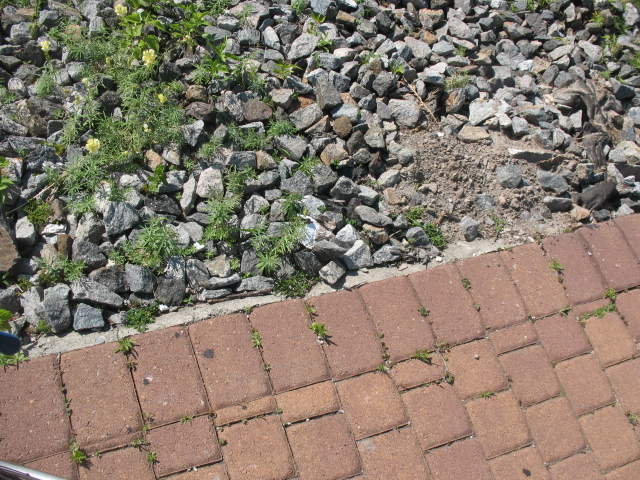 The end of the road- or rather, bike path.