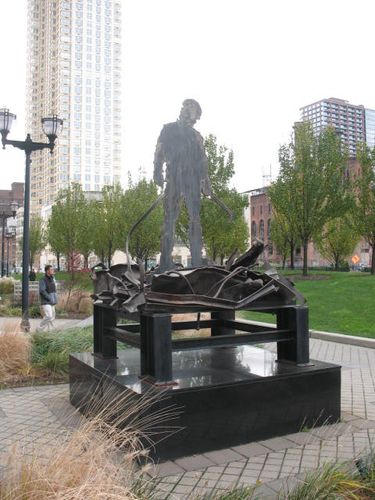 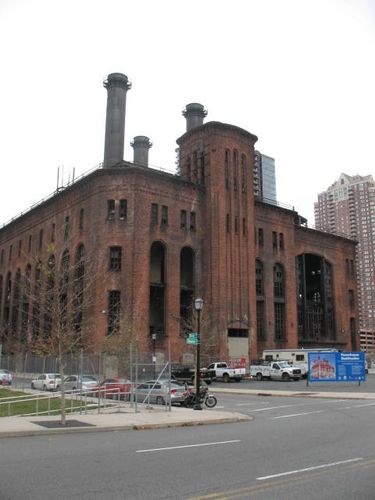 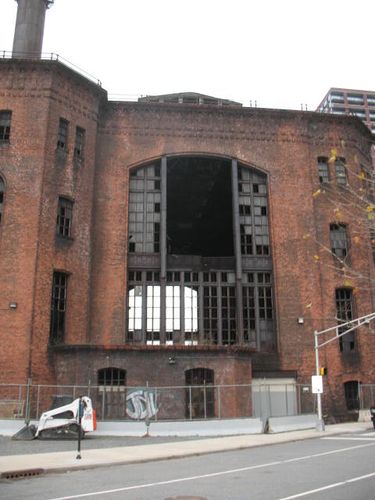 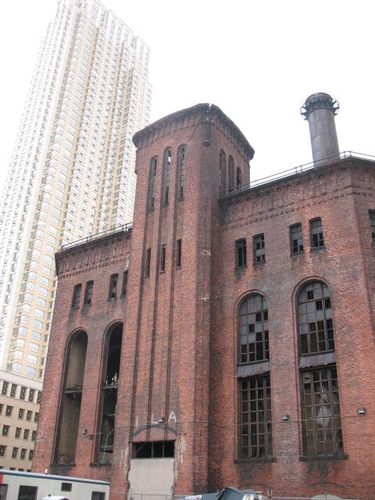 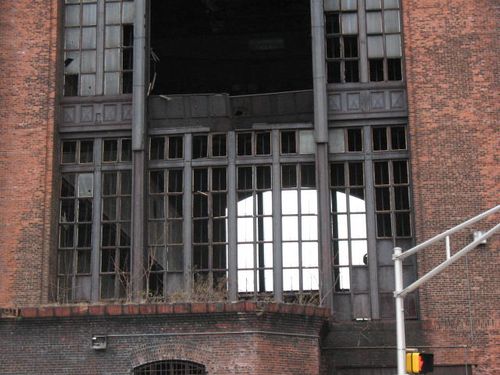 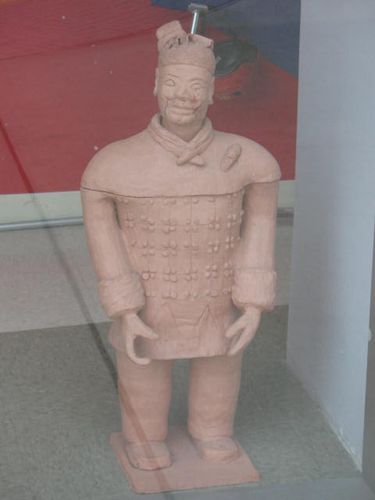 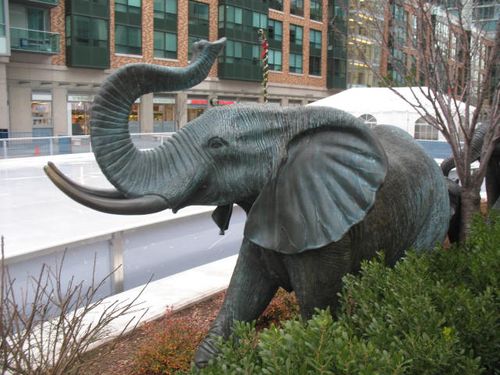 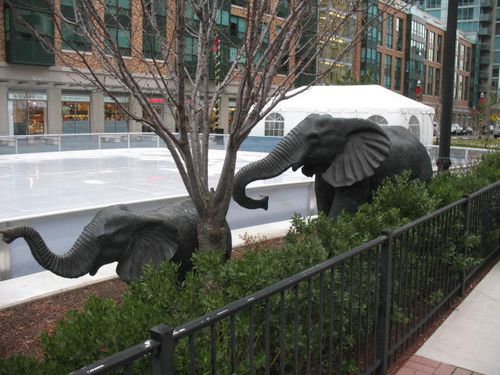 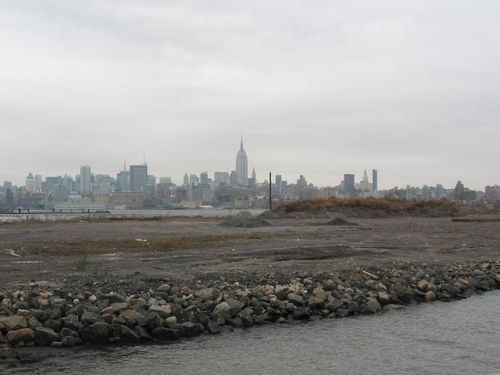 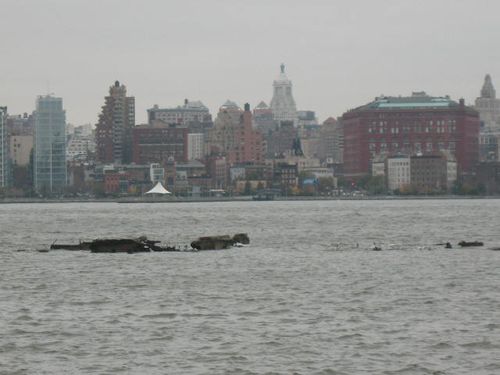 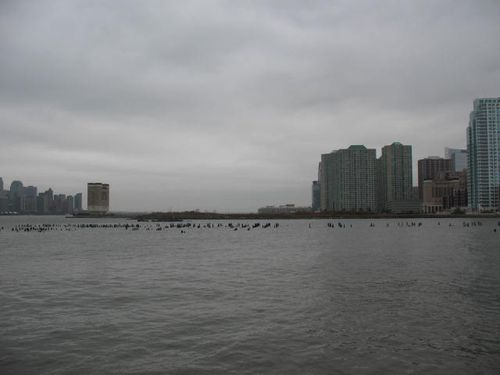 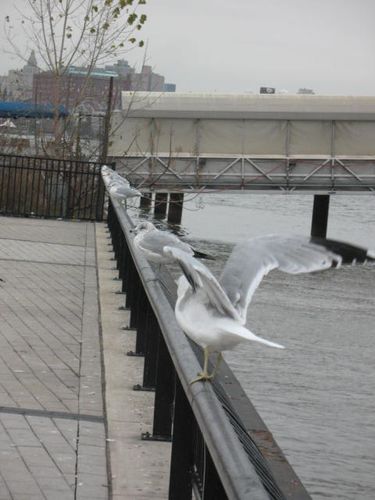 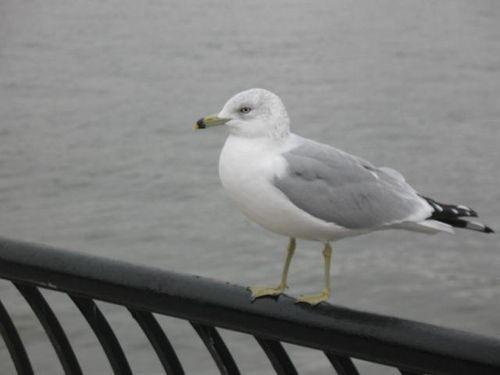 Another hot day. Right now in the apartment the thermometer says 94 degrees. On TV it says 91. I am sweating profusely wearing only boxer shorts. A thrill for some, much needed for comfort. It’s drizzling right now, barely. It’s drying rapidly. Bad news for drivers and the cost of gas.

Juan was here for a spell last night. He looked great, showing off his new American Apparel shorts. He lost weight but he didn’t seem to agree. I fed him some pasta and chicken and we watched the last episode of Lost on the DVR. Always good to have him around. Lost was good, saw some things I missed the first time around. Juan seemed to enjoy it too.

Around 9:00 he headed back to Trenton. I watched a documentary on Glenn Gould which was only an hour then watched the last half of Hannah and Her Sisters. I was asleep by 11:30 and sleep soundly under two fans blowing at top speed.

Woke up and went out. It wasn’t that hot at 8:30, only in the 80’s. No run ins at the bagel shop and I was soon back in my apartment wearing my third t shirt of the day and it was only 9:30. I watched a 2 hour documentary on Atlantic Records, or more specifically, all about Ahmet Ertegun. Only a mention or two of Arif Mardin so that was disappointing. Kid Rock was talked about more than Arif.

It was a very fast 2 hours though. Mick Jagger, Jimmy Page, and Robert Plant were just a few of the talking heads besides Aretha, Ben E. King and Solomon Burke. After that I watched Almost Famous again. Still a very good picture, surprised it didn’t do as well as I thought it did according to wikipedia. I think Cameron Crowe as well as many many others really identify with music on an intense level. I know I do.

After Almost Famous, my usual Sunday walk to mail the Netflix dvd’s. It was really oppressive, so much so that I was feeling woozy despite drinking a lot of water and having a couple of bottles on me. I wound up sitting by the river, trying to catch some breezes off the water.

I couldn’t focus to read a book and all I could do was just sit there and stare across the river. That’s never happened before. I remember about 10 years ago it was even hotter and I wound up riding my bicycle to Prospect Park, where it was too hot to even wear a light shirt.

Now today, it was difficult to walk down the street without feeling a bit dizzy and I was in the shade. I’m better now, back home and sitting in the dark. Nice. Tomorrow promises to be more of the same until later in the week, temperature-wise.