A new week, a new day, a new entry for johnozed. Isn’t life grand? Today was the first day since last week that I had actually walked around Hoboken, besides the supermarket and Washington Street. Oh and the library. Nothing has changed it’s still the same. And as usual I’ve got nothing to say but it’s OK.

I got a nice St. Patrick’s Day card from my cousin Theresa. That was nice. I would have sent her one in kind if I had known and it’s not too late to do that I suppose. It just won’t get to her by Wednesday.

That is what actually got me out of the apartment and into the damp streets of Hoboken. I bought a St. Patrick’s Day card for Bill and wanted to get it to his office, hopefully by tomorrow. He won’t be in on Wednesday since he has something MAJOR going on, something that he asked me not to talk about.

So getting it in the mail to be delivered across the river within 24 hours is the goal. Then again you hear of people mailing letters decades ago and never making to the receiver, and I hope that’s not the case this time.

But if it doesn’t get there by tomorrow I take comfort in the fact that he’ll have something nice on his desk when he returns on Thursday.

I also stopped by the Guitar Bar and said hello to Jim Mastro. I hope he doesn’t think I’m a nuisance. I just pop in for a quick chat, say hello and I’m out of there. If I’m headed to the post office I usually ask him if he has any mail to be dropped off, but today I was going in the opposite direction.

He was playing Booker T & the MG’s McLemore Avenue, which is their take on Abbey Road. I bought it last year from iTunes and hadn’t played it since so when I came home I made sure to play it, as well as burn it so some people (maybe you) might get a copy somewhere down the line.

Despite the gray day, overcast skies I’ve been enjoying myself somewhat. Posting a lot onto Facebook. Found a hero and friend to LGBT people in young Will Phillips.

He’s the young man from Arkansas who got into trouble at his school when he refused to recite the Pledge of Allegiance sine gay people are not afforded liberty and justice. 10 years old and he recognized that liberty and justice was only for some, not all.

Posted a video from YouTube and commented on his YouTube page. Of course there are the usual wankers who wrote, people will marry their dogs, their children or have many wives. You know, the usual ignorant bullshit.

In a retaliatory move, I posted a clip of Mandy Patakin singing ‘You Have to be Carefully Taught’ from South Pacific on Facebook. I tried posting the video on the YouTube page but was unable so I posted the lyrics instead.

Last night I posted an interview from the Village Voice with Henry Rollins. Ol’ Henry’s a great guy, and quite a few people dug the interview. In the interview it’s mentioned that Henry is friends with RuPaul and will be a guest judge on RuPaul’s Drag Race, which is a fun show in itself.

Well according to Joe Jervis of JoeMyGod, that show is on tonight so I will be watching that.

Last night I watched The Pacific, the story of the battles in the Pacific theater of World War II. As I watched it I couldn’t help but think of the men that my father drank with at the VFW when I was growing up.

Like I’ve written previously, I spent a lot of time, perhaps too much time at the VFW. I didn’t mind then and looking back I still don’t mind. Gave me insight on how these men were.

Like how they saw atrocities, perhaps performed atrocities then came home and didn’t really say anything about it. Going to a psychiatrist or psychologist was a sign of weakness.

I know this is a Hollywood version and nowhere near as horrible as it actually was, but it’s a glimpse nonetheless. It was well made and when it was rebroadcast at 11:00 Bill and I watched it together and Bill was blown away as I was earlier.

Will Phillips is my hero!

Will Phillips accepts the award for Outstanding TV Journalism Segment at the 21st Annual GLAAD Media Awards in New York on March 13, 2010. Phillips appeared in the award winning segment “Why Will Won’t Pledge Allegiance” from CNN’s American Morning. 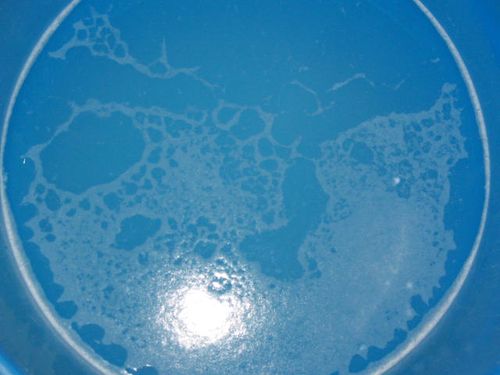 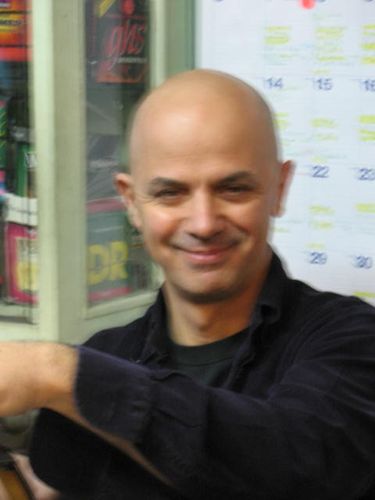 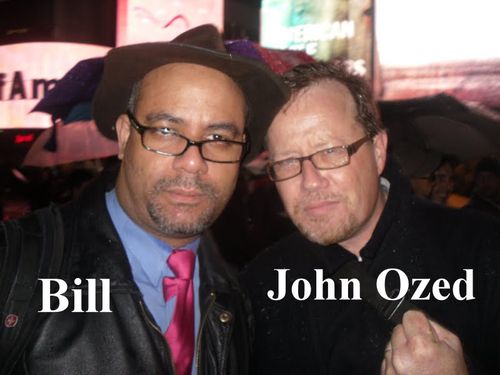