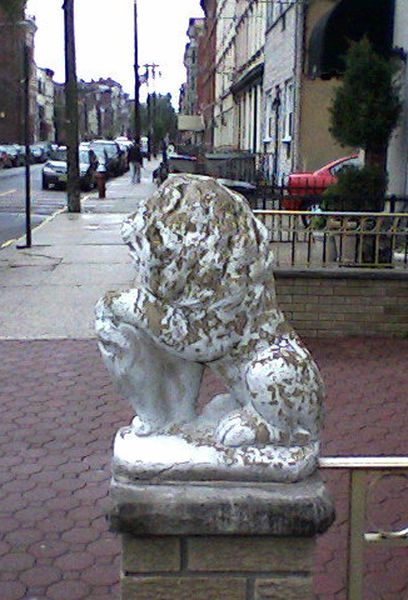 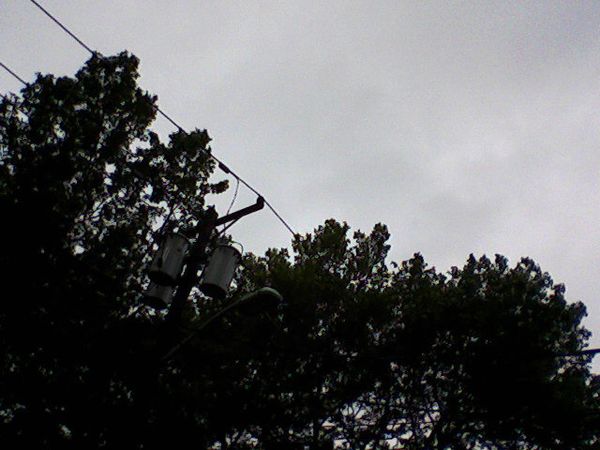 Well today was my first day not working. Well not really my first day. It just wasn’t a good fit. I’m sure I made the right decision even though after I called and made that phone call, I wondered aloud, ‘What have I done?’

In retrospect I did the right thing. And I do have to thank Bill for standing beside me. I have a better grip on things now and won’t just take the first job offered to me, even if it is the only job offered to me. I spoke with Greg Stevens who might have some more side projects for me to do.

I spent a good part of the day, establishing and reestablishing contacts at various staffing agencies, as well as reconnecting with recruiters I’ve dealt with in the past. Bill and I had a good long discussion about the situation last night and when I asked for a hug a few times, he gladly gave one to me each time.

So it was back to the routine of wandering around Hoboken for a while today. I ran into Stine and Alexander on their way to the post office so I walked with them. Stine went inside the post office and I played with Alexander outside. He’s a lot of fun to be around and definitely bolstered my spirits.

And it was good to walk and talk with Stine as well. I even accompanied them to the park and watched Alexander play on various things and slides. It was fun for a while but it was also cold and a little wet from the overnight snow.

We all walked home and I carried Alexander up to the third floor. Stine invited me to come down and play guitar for Alexander later, which I may do after she gives me a call. I came home and continued the job search.

I also saw that I had a comment on the blog regarding last night’s entry, Path to Wisdom. It was from someone named Maurice from the Bala Cynwyd area of Pennsylvania, an organization called the Susquehanna Investment Group. At first I thought it was a joke from my friend Maurice, but he wouldn’t be so callous as to write something like that without remarking the sarcasm or humor involved.

“Seems really ungrateful and borderline delusional to spit in the faces of your employer after less than two days. Sounds like your last 7 months have made you lazy. I for one do not look forward to supporting you while your sucking on the government teat. What a class act ozed what a class act.”

On another website that I visit, I found another comment which was heartening. Very supportive and understanding since this bloke named David went through something quite similar a while back. Just making the wrong decision and knowing it was the wrong decision almost immediately.

And David, like myself needed to get out of the job as soon as possible. He warned me about the pratfalls of beating oneself over the turn of events and I found his comments overall to be quite supportive.

“For many years I kicked myself, thinking that I should have stuck it out. Today I realize that in order to do any job well, I needed to be comfortable in it in order to be confident, and that this was not a situation that would induce either comfort or confidence. What you did by paying attention to what is right for you was wonderful.

Everybody can understand wanting to work and jumping at the chance to get back to work after a long period of unemployment, but unemployment does not make people damaged goods; your talents and skills are still there, ready to be utilized by the ‘right fit’. The right fit eventually came to me in a way that I never could have anticipated, and it is down the road for you, too, no doubt about it.”

So there you have it, comments from both ends of the spectrum. One basically calling me a leech and spitting in the face of my employer and the other recognizing that being confident and comfortable at a job does measure success at a job, and that I, like he did found ourselves in positions that afforded us neither confidence or comfort.

I know the right job is out there and I know I will find it.

That went well though Stine enjoyed it more than Alexander who was busy showing me his Thomas the Tank Engine, when he wasn’t watching children’s videos in Danish on YouTube. Stine was making a chicken dinner, with scabby potatoes and home made cole slaw which she invited me to enjoy. So after running upstairs and dropping off the guitar we sat at the table and ate.

Stine and I split a small bottle of wine and we clinked glasses as well as clinking Alexander’s bottle of juice. The food was excellent, Stine being possibly the best cook who’s food I’ve ever eaten. After dinner I spent some time playing with Thomas the Tank Engine again and then watching Alexander destroy the train tracks like a 2 year old Godzilla.

When I left he blew kisses and gave me a hug while saying bye bye. A good day overall.