Well it’s been an interesting 24 hours, and I was too busy to write. Today has been a day off, a Saturday and I have off again tomorrow, thanks to my planning with a schedule request. It was a busy enough day yesterday at the cigar shack and much to my surprise it was yet a nother good sale day for me. I had to open the store and that meant getting up an hour earlier and getting to work, two hours earlier.

It was fairly quiet in the cigar shack for about an hour, no one really coming in. Then things picked up right before Thomas arrived. I hit it off with the customers mainly which was the most likely reason my numbers were so good, no need for Saudi royalty.

Being the first one in meant that I would have to take an early lunch, so I went to the diner which certainly more packed that it usually is when I get there around 3:00. For a change of pace I had pancakes and coffee, which seemed like a good idea at the time but a few hours later I was hungry once again. I had a banana as well as a sample of the 5 Hour Energy Drink that I got the other day and that on an empty stomach made me feel like Ricochet Rabbit.

The plan was the since I was getting out at 7:00, Bill was going to meet me at the cigar shack where we would then walk down to Times Square enjoying cigars. I hardly ever have my phone on me while working and sure enough, Bill left a message. He was in Hoboken after running around after work and when I had finally gotten in touch with him a little after 7:00 he was then at 34th Street in midtown.

He was going to come up but since I was vibrating and off the clock as well as anxious to get out of the cigar shack, I told him I would meet him at the club where the party was. A co-worker of Bill’s was having a surprise party at BB King’s nightclub, the co-worker’s husband put it all together, including music by the Fab Faux, a group of New York City’s top session men performing Beatles songs note for note.

I started walking down the avenue when Bill called. He was at 53rd and Broadway and would meet me there, and from there we would still walk down to BB King’s and smoke our cigars. It was awfully nice but I was tired and hungry and still vibrating. It was very crowded on the streets leading into Times Square so we walked over a block where it wasn’t as populated.

We finished our cigars outside of BB Kings and after we checked our coats, we found a place where I could sit for the first time in hours. Bill was ready for a Guinness which they didn’t have so he settled for a Corona. I just had a diet Pepsi since I hadn’t eaten.

There were a lot of people and there were some appetizers making the rounds, but they never quite made it to us. So we decided to go to the appetizers and promptly stuffed ourselves which cleared the way for some Corona action. The Fab Faux came on and were just as good as I thought they would be, deviating from the set list and going all over the place with the Beatles catalog.

The co-worker was dancing up a storm along with most everyone else. It really was a fun time and Bill really enjoyed it too, especially when he knew the songs like Come Together and Revolution. We left as they finished Get back and walked over to the bus terminal where we were soon on a bus headed back to Hoboken.

A busy day at work and a fun night with Bill. It was great. We both slept quite soundly and I woke up at 8:30, then closing my eyes for five more minutes which turned out to be 90 minutes. I padded through the apartment, making coffee and jumping into the shower. Outside it was snowing but it was not sticking.

After a cuppa I got my coat on to head out to the supermarket, kissing good bye to Bill as he slept and berating him when his eyes opened for not making me coffee. The supermarket was not crowded at all and I was soon climbing the stairs with dry cleaning and groceries. Bill was up by then and I checked my phone were there was a text from RoDa.

Today was Saturday and we did have a plan to make it into the city to see the Doug Wheeler installation. We figured that if we went early there wouldn’t be too long of a wait. RoDa and I made plans to meet on Washington Street and head over on the Path once again. Bill and I headed out a little before 1:00 and met up with RoDa and his son Logan.

We walked to the Path train, with me making a very quick stop at the record store to get the latest Mojo and Uncut magazines. Once in Manhattan we hopped on the bus to 18th Street and 12th Avenue, walking around the block to the Don Zwimmer Galleries.

And this time the line was on the sidewalk , in the cold and damp. We took our place and while waiting a gallery employee came out and told all of us in line that the wait would be 45 minutes to an hour, and then there is another line inside. If the weather was more comfortable we probably would have stayed but we were all pretty much cold and damp and then there was Logan who is only 7 years old and we all knew that he would not really have the patience for such a wait.

It was decided that we would bail once again. Bill had other plans anyhow to work on a script he has been cultivating so he was going to his office in midtown. RoDa, Logan and I opted to take the Path back to Hoboken. It’s been a full day though nothing really was accomplished though I guess getting the four of us together, Bill, RoDa, Logan and myself was an accomplishment in itself.

Not writing tomorrow, a day off, unless there is something really worth writing about and I hope there isn’t. Like Dorothy Parker said, ‘I hate having to write, but I love having written.’ 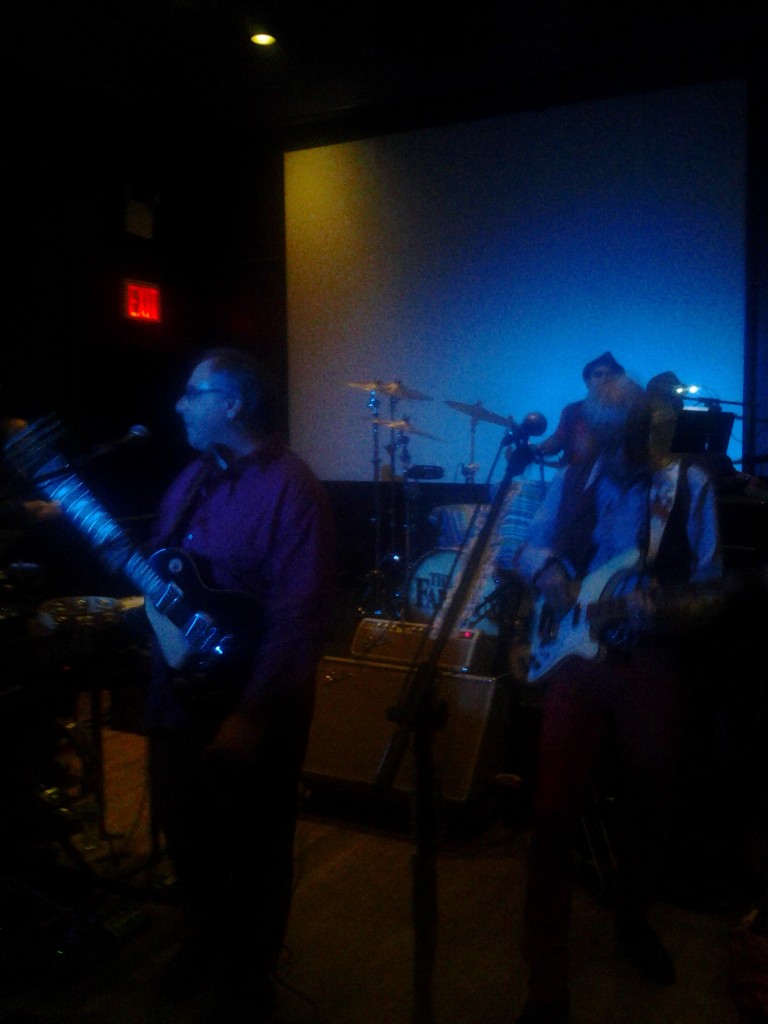 Some of the Fab Faux 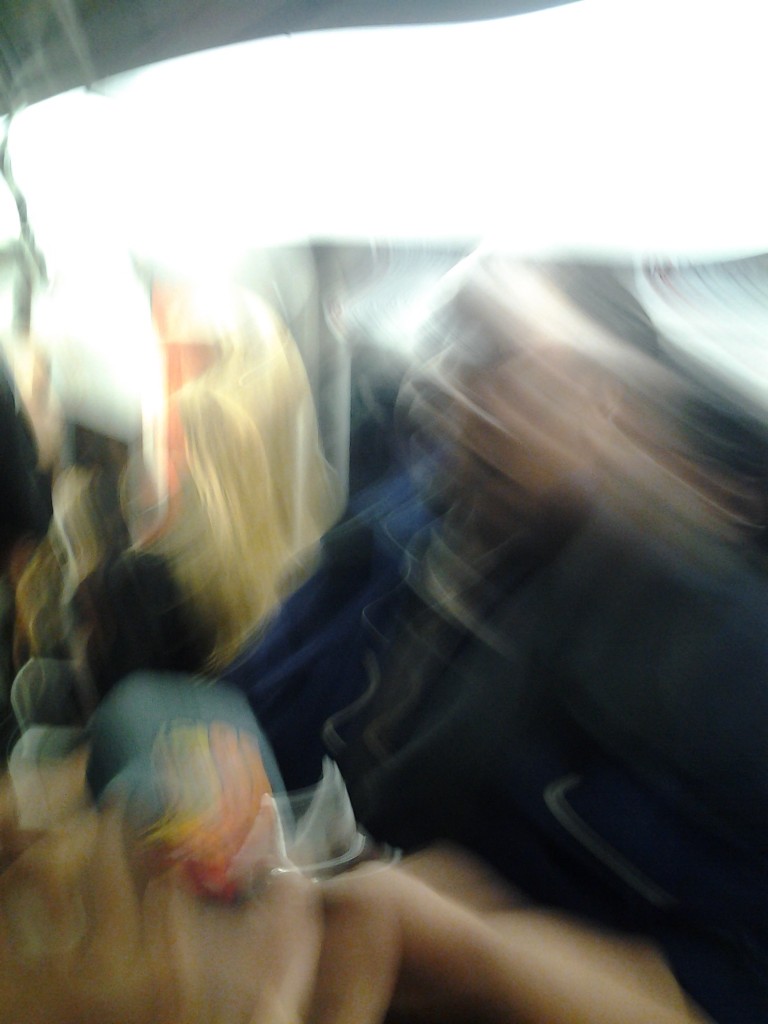 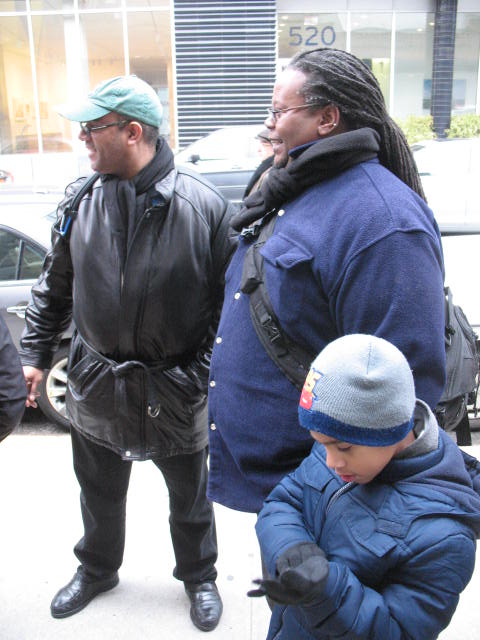 18 – The Only Ones – Another Girl, Another Planet
Wow, it’s being reported that Whitney Houston is dead.