And now we find ourselves in Tuesday, or rather I find myself in Tuesday. Where and when you are I really couldn’t say. Some readers are in New Zealand, others are in Bala Cynwyd (who actually came in second place of ‘readers’ for the first week in February.

It’s peculiar but then I suppose some people in Bala Cynwyd are peculiar. Not the active writing comments type, just the wallflower types, standing on the sidelines and letting life pass them by. Maybe that is the thing to do in Bala Cynwyd, nothing.

My day (as well as last night) was fraught with anxiety. I was going to be working with Calvin after last seeing him on Thursday last. He was slurry and I couldn’t wait to get out of there. So last night I was edgy.

Bill was home fast asleep and I could not talk to him about it. A Xanax was nearby which took the anxiety level down somewhat. After that it was relatively smooth sailing. Slept fairly well too which was needed.

Bill was up and out at 6:00AM and I slept some more until about 8:00, waking up to the Eagles singing Take it To the Limit which was a song I grew up with. Brought me back to a class trip in the 1970’s to Old Sturbridge Village in Massachusetts.

A day trip which came back a few hours late, filling the parking lot with nervous parents. If it happened today, the parents would have been on the news worrying frantically about their lost babies. Nowadays, it’s my classmates from back then who would be on the TV screaming about their missing, tardy children.

I got out of bed and shuffled about, breakfast, coffee, and shower. I needed to leave earlier since I needed to drop off a suit at the dry cleaners as well as a few shirts that belong to Bill and myself. Then a drop off at the bibliothèque.

I had picked up Herbie Hancock’s CD, Gershwin’s World since Bill and I heard a clip of Joni Mitchell with Herbie singing Summertime. Bill loved it immediately and unbeknownst to me, had downloaded it almost instantly. I arranged for it to be at the bibliothèque. So I burned a copy to no avail. It was alright though, I didn’t mind and got a few laughs out of Bill saying the he did not love me anymore since he went and downloaded it while I sweated and slaved over a CD burner.

Waited for the bus while chatting with Bill on the phone. I tell you, I would be so lost without Bill. He is the guy I can depend on if just for an ear, his good advice and his overall warm and loving spirit. Soon I was on the bus, then walking through the terminal and onto the subway.

Another call to Bill since we have to maintain radio silence while I am working and I don’t want to overload my man with my drama and whatever it is that is happening. I walked into the cigar shack (which is what Bill calls it) and there was Calvin.

The Bradley was also on board and we actually spoke since he wasn’t too happy with Calvin’s behavior. It was certainly an odd thing as I helped the Bradley straighten out the humidor which was Sean’s (Ryan ‘Krispy’ Ramos) domain. The day progressed, I had a late lunch and came back in time for the Bradley to be headed home, leaving me to close with Calvin.

That was what I dreaded but it wasn’t as bad as I anticipated. A half a bottle of beer on Calvin’s office desk and me on Xanax made for a tranquil evening, though we both did a lot of avoiding each other in any event.

A customer came in and was smoking a cigar in the back, so he was a nice buffer. The customer saw Prince again after seeing him at Madison Square Garden a few weeks ago and regaled me with highlights from the show. I headed home after closing the store by myself, getting on a downtown train to the bus terminal.

I called Hyman Gross who missed me last night. I didn’t think he would be out and about again but he was and hoped to see me on the 9:42 bus. But I was on the 9:26 bus. He asked to give him a call tonight and if I spoke to him I would have waited for him, but I got his voice mail and took the earlier bus home.

With all the dry cleaning I brought this morning, I had forgotten to wear a hat and the temperature dropped considerably. I won’t be forgetting to wear a hat again until the spring. 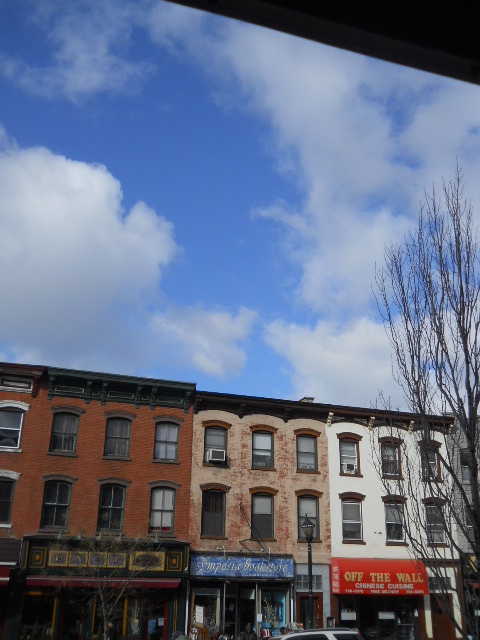 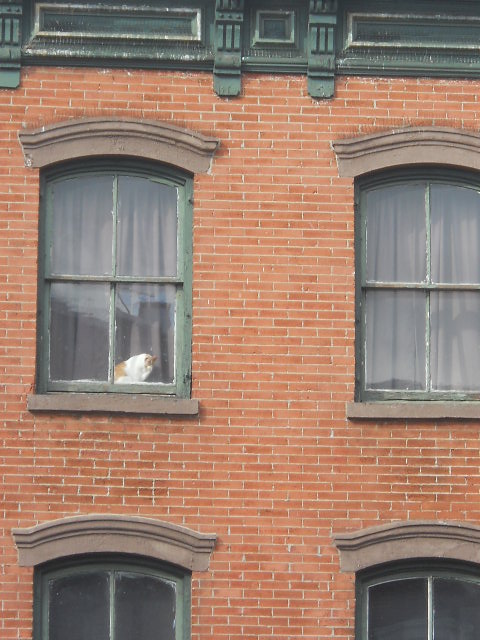 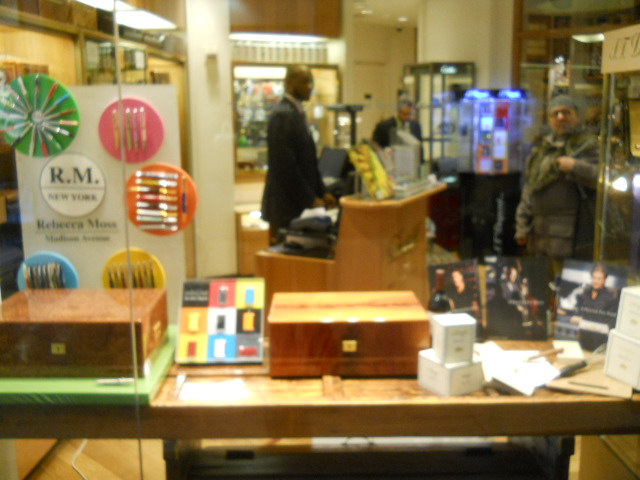