So tired. It’s been a long day. Almost an entire 10 hours on my feet. It started out slowly this morning no jobs to send out resumes to. Rainier Castillo at Office Team never responds to my emails. Nothing much happening with postings online.

Joe Padilla, a customer at the cigar shack told me in November that his company bought Robert Half which owns Office Team and that he could help me get a job through him. And also Rainier Castillo was fired.

I got myself together this morning after breakfast and coffee and a lack of job postings and headed out for the bus. No usual phone call to Bill, things are a bit frosty lately between us for the past 24 hours. He’s not home right now and I have no idea where he is. And I am fine not knowing.

I am enjoying this time alone after dealing with customers all day. Don’t really feel like talking anyhow. Writing of course is something I also don’t feel like doing, but here I am, doing just that. An uneventful bus ride on a bus with a bicycle rack in front of the bus.

I had seen them in San Francisco years ago and thought it was good and so far I’ve seen a few buses from NJ Transit with them. The other day when I had to take the Path train since the buses weren’t running I saw one of those buses at the Hoboken terminal.

Bill insisted that those buses are not permitted to drive into the Port Authority bus terminal with the bicycle racks in the front of the bus but here I was again, riding one of those buses into the bus terminal.

I made it to the cigar shop at the usual time, early and saw Calvin behind the counter. It was first his first day back from a few days off. Marcus was floating around somewhere as was Thomas the new guy they are hiring.

Marcus left as did Thomas, leaving me & Calvin to run the shop. I took a Xanax at noon. Just didn’t want to deal with any nerves or jitters and felt it would smooth out the day. I was told that my sales for February were outstanding, both Marcus and Calvin were impressed.

Also had to sign a memo with a warning in the details about my taking for granted that I would always be closing the store on weekends. Apparently it wasn’t the drunken mistake made when someone was drinking and putting assigned hours in the wrong cell on the Excel spreadsheet.

Once again I did not get much of a chance to have lunch. Interruptions and stuck inside the cigar shop for basically 10 hours kept me on the sales floor. Marcus returned to teach his sommelier class and Calvin left at his appointed hour.

No one came into the cigar shop for about 90 minutes, then my friend my friend Bruce showed up a few minutes before closing, as did someone else who was buying cigars for a golf outing. Bruce’s timing was off. I really didn’t have time to chat and wanted to get the hell out of there.

It’s my Friday since I actually have off 2 days in a row. I’m too tired to be excited about it. I hopped on a train to the bus terminal and made it to the gate when I looked over at the next gate and there was Hyman Gross.

I decided not to get on the bus that was loading and walked over to Hyman and waited for his bus with him. I wasn’t too communicative.

He was asking about Octavia, a bus driver friend of Hyman’s and Bill. She’s the one who mentioned that Hyman’s absence in December might have been the result of Hyman attempting to take his own life, saying that it wasn’t the first time he tried it.

I think Octavia thrives on drama, both her own and other people like Hyman. I got off at Hyman’s stop a few seconds after he got off, not wanting him to fall and to make sure he got to his building alright. I walked him to his building and ran up the stairs to get his mail.

Then after saying good night to Hyman walked home to Park Avenue, feeling quite light headed for some reason. And now I am home, and quite happy to be home alone. 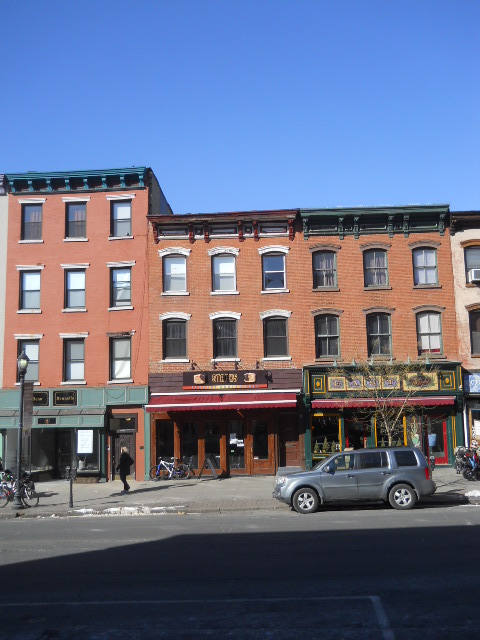 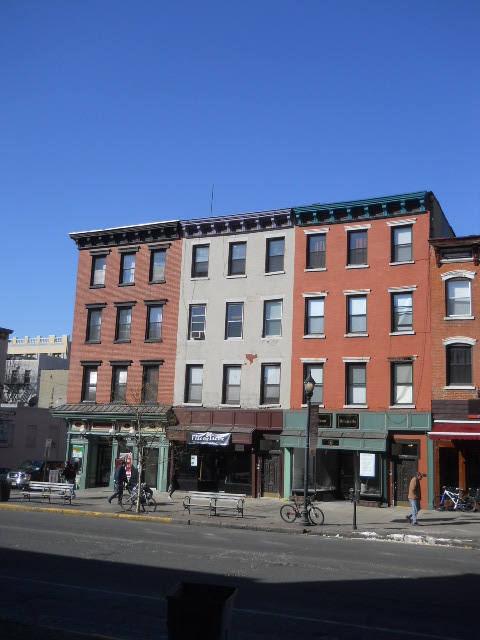 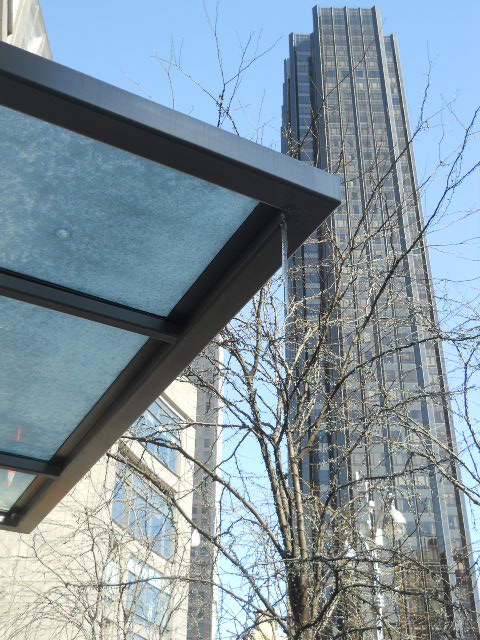 I think I’ve exhausted the Frank Sinatra song list and now I am using songs done by Elvis Presley. I don’t anyone has noticed or will notice.