Well there I was, on the platform waiting for a train downtown. I had just gotten out of a 2 hour meeting, or rather get together with Marcus and Calvin. It was scheduled the other day under the pretense that it will be a re-acquaintance with cigars and scotch.

I agreed to it then and today when the day came I was anxious. I was tempted to slip out of it via a lie and consulted Bill who smartly advised that I ‘play the game’. So I decided to play the game. It started out in a manner of guessing which cigar was which.

Calvin removed the cigar bands and gave Marcus and I each a cigar to smoke. As usual I could not taste the notes that some people taste, I couldn’t even tell if my cigar had a Cameroon wrapper or not. These things don’t usually concern me. Marcus had a bum cigar which he had Calvin replace with another cigar.

After some cigar talk the conversation came around to how disappointed they were in me. Actually Marcus saying that and Calvin nodding his approval after a few drinks. They guy they hired in June of last year was not the same guy they were talking to right then.

Marcus expressed how he felt I was the perfect fit for this good life he envisioned, and how I had let them down. I had no right to feel burnt out. I explained that it was the holiday season, the steady onslaught of customers, most of them decent folk, others seemingly the spawn of some creature from the netherworlds.

I also explained that I had people like Raymond and Sean whispering in my ear, (mainly Raymond, Sean playing the role of Little Raymond) saying that Marcus does this, and Calvin does that and they are not to be trusted. That didn’t matter.

Marcus brought up two examples of my less than exemplary instances, dredging up how I was upset with Mister Lee who had pushed aside some poor soul on crutches just so he could clip his Cuban cigar, and my indignant reaction to his less than human behavior.

Apparently Mister Lee had done nothing wrong and by reacting the way that I did, it was my wrongdoing that upset Marcus. And the other instance was when a big fat lawyer came in and was just plain rude. I’m supposed to take all that shit and allow bad behavior to continue like that since they spend lots of money.

Until something comes in, until my ship comes in, I will play the game. I will collect a paycheck and I will ‘own the store’, making it ‘John’s house’.

After two hours of that I was out the door, turning down Marcus’ offer of cab fare home and opting for the subway and bus combo which karmically worked out nicely since the subway came in a minute after I arrived on the platform and I was the next to last person on the bus to Hoboken.

To Marcus and Calvin this job is their life. A life that is under attack what with the NY City council voting to ban smoking in parks, beaches and public areas like Times Square. I know there are things out there which will constitute and define my life, but selling cigars is probably not one of those things.

I will have a different attitude when I go back to work on Saturday though. What that attitude is, remains to be seen. 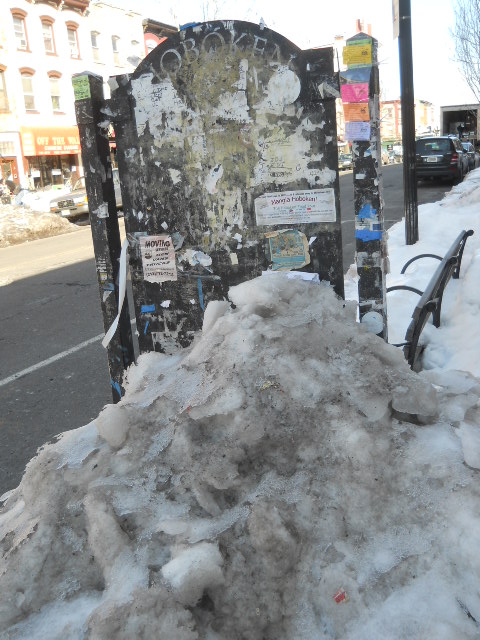 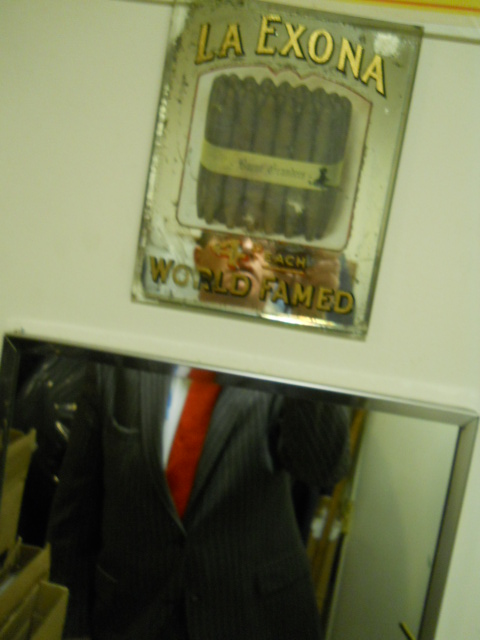 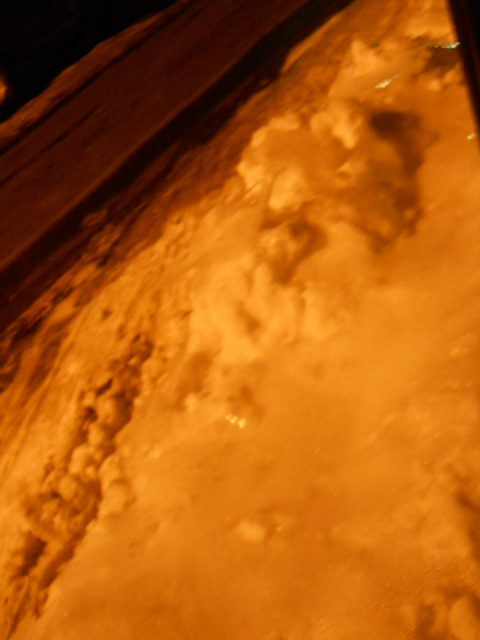