A day off which happened to coincide with many others (but not all) having off for Martin Luther King’s birthday, or the recognition of it as a Federal holiday. And it was a good day. I went to bed earlier than usual last night after watching the Golden Globes with Bill on TV.

We both enjoyed the telecast, thought Ricky Gervais was pretty funny with his accurate putdowns on Hollywood and the star system. I watched the second episode of Shameless last night after Bill had gone to bed. But there was so much going on in the episode I couldn’t keep up and went to bed halfway through, around 12:30.

I slept fairly well, Bill get up this morning around 5:00. He was off to Philadelphia on his day off to meet some people in a casting agency and was on a Greyhound bus around 6:30. I was up and about at my usual time, 8-ish and set about starting my day. Shower, coffee before heading out to the grocery store.

I walked by Mr. L’s barber shop on my way to the supermarket. Tony my barber was cutting someone’s hair so I would have to wait until later to get my hair cut. Came home and had a nice breakfast and started my laundry.

Plenty of clothes to wash so I was busy. After the washing was done I headed out once again and walked to the barber shop where Tony was available. He was sitting watching an old movie on Turner Classic Movies with another bloke who turned out to be Joe Pantoliano.

I didn’t let on that I knew who he was and let him watch the movie undisturbed while Tony set about cutting my hair. Soon other customers came in and Joe Pantoliano made his way out without anyone paying him much notice. He was bundled up somewhat and also wearing sunglasses.

Another customer and I started talking about the current situation. He used to work at JP Morgan Chase and now he’s an engineer for the MTA. I explained that I was an office manager for an investment bank which went belly up and now I sell cigars and expensive pens.

I think he was looking for sympathy to which I replied that he was making more money than I am, mentioning that I took a 20 thousand dollar pay cut where he is still making a lot more money than I am. He does have a Master’s degree which he pointed out. He was trying to blame the economic climate on government being out of control, and I agreed that it was out of control and has been for the past 10 years.

He wasn’t expecting to hear that, nor was my mentioning that invading Iraq which cost billions of dollars helped put us where we are now. And also the deregulation of the banks which the right wing (who I did not mention by name) had been working on since the death of Franklin Delano Roosevelt. I ended it with that and came home looking rather snappy with my hair nicely trimmed.

Hadn’t gotten a haircut since November I think and it was getting to be unmanageable. Came home and ran into Stine who told me she was making her excellent meat sauce and would make me a package when she was done.

When she was done and Julio came home, she invited me to have dinner with them. Alexander was wonderful as usual, sometimes putting on a show for me, fake laughter and all that. He does love being the center of attention and does not hesitate to scream my name to get my attention.

A wonderful spaghetti dinner with Stine, Julio and Alexander, some wine and some grapes for dessert. Alexander was getting sleepy when I made my way back upstairs, soon after Bill had come home. Now it’s now and here I am, a container of meat sauce in the fridge and me trying not to think about going to work tomorrow.

Bill and I are watching Shameless and William H Macy reminds me of someone. 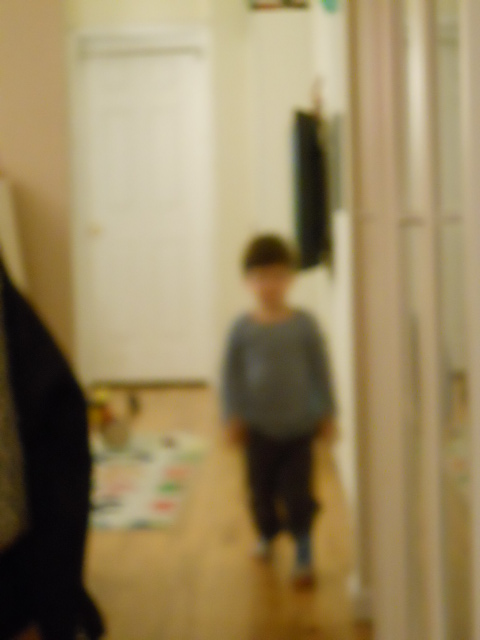 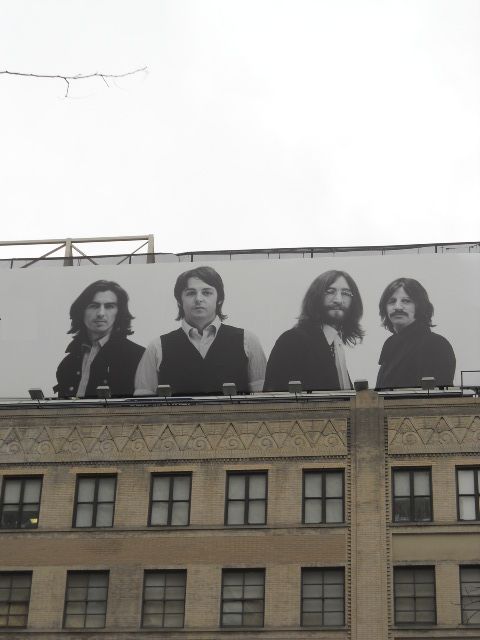