Well I’ve been working at the goddamned cigar shop since June 1. Today is January 14 and it was probably the worst day I’ve had so far. I started out the day, sleeping in later, not getting out of bed until 9:00. I was up at 8:30 and made coffee and poured my cereal and went back to bed.

The alarm clock was still on when I went back to sleep, and I didn’t get out of bed when Peter Gabriel’s In Your Eyes came on, I got out of bed when the Rolling Stones Get Off of My Cloud came on. I usually like to have 2 hours to take my time but figured I really only needed an hour this morning.

I was in a decent mood, not totally exuberant, but had a good attitude. I had it together and walked out the building at 10:15. Walked up to Washington Street, bought a Mega Millions ticket and waited for the bus as I talked to Bill on the phone.

I also ran into Linda, a nice woman who used to work at the supermarket and later Roda as I waited for the bus. A nice way to start the day, and helped put me into a better mood.

When I left the cigar shop on Wednesday night I had a feeling something was up, and today I found out what was up. Apparently my sales for December were disappointing. I only sold $50,000.00 worth of items in December whereas Calvin sold $76,000.00 and the Bradley sold about $72,000.00. They were terribly disappointed with my numbers.

He does have a wife and kid to support on the salary of an assistant manager, so his grabs could be ignored. Calvin didn’t really have a reply to my luck of the draw comment and neither Calvin nor Marcus seem to realize that there is a recession going on, and that people aren’t spending thousands of dollars on humidors like they used to previous years.

No, they just think that everything is the same as it used to be and if sales are off it must be because of me, not because people aren’t spending money like they used to. So that’s how my day started. I decided not to get upset.

I figured my time at the cigar shop isn’t going to last much longer, resumes are still going out daily. I know that’s how last year started but I am still trying to maintain my positive mental attitude. I was pretty quiet most of the day, staying out of conversations and opting to be by myself whenever possible.

Calvin spent most of the afternoon drinking, which is how most every afternoon Calvin has spent since I’ve been working there. My time with Calvin ended today with me selling a $500.00 pen. The item number wasn’t coming up in the computer, the message saying the item was inactive.

Calvin was helping me trying to find the box for the $500.00 pen and I mentioned that it was listed as inactive. The customer had no idea what I was talking about until Calvin came over and edged me out of the way and entered the pen as a ‘special cigar’.

The customer received a receipt stating that he bought a ‘special cigar’ for $500.00. The customer left satisfied and Calvin turned on me saying that there was no need to air dirty laundry like an inactive item. He seemed surprised by my reply that the customer didn’t know what was going on until he got behind the register.

Technically Calvin let the cat out of the bag. After another drink Calvin got his shit together and headed home to wife and kid, not shaking everyone’s hand like he always does. I’m glad to be out of there and will be even gladder when I am finally out of there for good.

And I find it hard to reason that Don and Raymond hung out at the cigar shop for a few hours. You can bet that once I am gone from the cigar shop, I am g-o-n-e. Never again to grace the floor of the cigar shop with the bottom of my shoe. 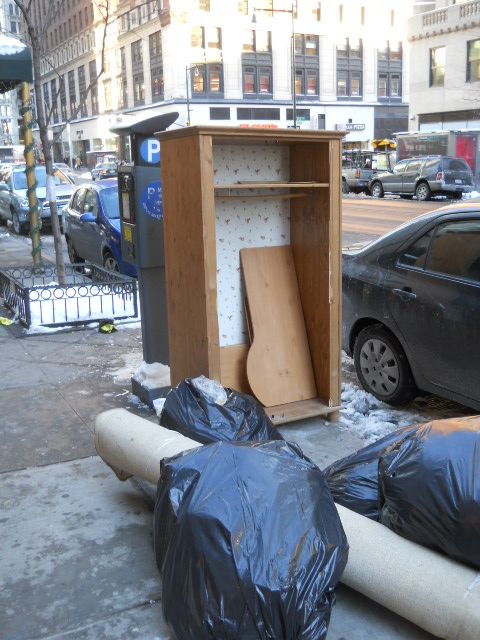