Back to work for me today. I think I have more problems with work when I’m not there. More likely when I am going to work, or getting ready to go to work. And as usual as I slept I did not want to get out of bed, I kept hitting the snooze button as often as possible.

Bill left for work later than usual which threw off my game. I can’t blame him. He didn’t want to get out of bed either. I did eventually get out of bed and had a shower, made some coffee and had a bowl of cereal. I still did not want to go to work.

I checked my emails and didn’t see anything worth checking out job wise. I did notice the job I came thisclose to getting in November/December was still open. That saddened me somewhat and I thought about sending my resume directly to the woman I initially met.

Bill figures I have nothing to lose and that I should include a note of apology in a cover letter. I have revamped my resume and not it’s totally honest. I guess that if they wanted me so much and if Greg Stevens letter was ‘all that’ maybe they would reconsider and give me a second chance. I’ve got nothing to lose (except hopefully a job in retail).

Bill is currently on the phone with Hyman Gross who has resurfaced after a two week stint in a hospital in Springfield MA. I think he’s going to have a short stay in a home in Manhattan. That’s somewhat good news. I guess I will be seeing him and riding the bus with him soon enough.

Work was slow once again. We’re officially in the doldrums. Big sales are over, and neck bones like Car Door Wet Nap did not come in today thankfully. I did sit in the back and enjoyed a cigar during my lunch hour. It wasn’t too crowded so I was able to relax and read about Neil Young in the latest Mojo magazine.

I also played a playlist titled Breaking In My Heart, 80 songs, and 6 hours of music. My competition for playing music is the Bradley who has been taken off life support and is breathing on his own. He plays things that he likes whereas I act like a DJ and play things that I think the customers might enjoy without beating them over the head.

Something new and something old all mixed together with few complaints. A few customers can tell when the music that is playing has been programmed by me.

It was yet another long day at the cigar shop, not too many customers. Two more days of work, then off on Thursday. Another snow storm is heading our way, from the south where Atlanta and Athens GA were hit by 10 to 12 inches of snow.

Who knows what will happen? It’s supposed to start tomorrow night and continue into Wednesday morning. I of course am hoping for another snow day but being realistic that I will have to go into work anyway. 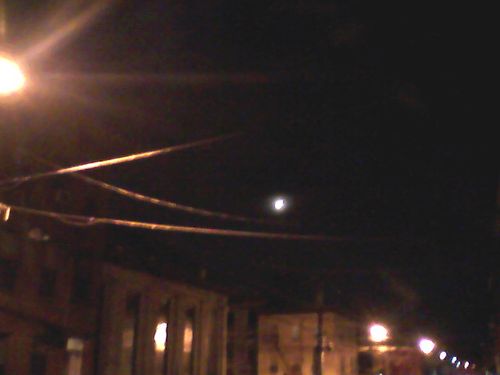