Man, after being off yesterday, it’s tough to go back to work. And it wasn’t anything major, just one day off, but still, if I had a job I liked, a Monday through Friday job, I’m pretty sure I wouldn’t be feeling the way I am feeling.

Of course, my mind goes back to Wanker Banker, which was a pretty good job. It doesn’t exist anymore and the company has changed so much that it’s probably unrecognizable. For some reason I always flash back to that job.

Last night Bill and I worked on the resume and this morning I sent it out to a few recruiters and positions I found online. Anything could happen. I sent it to the two women who were instrumental in getting the position that I was offered and rejected from last month. They said when I get my resume together, an honest resume at that, they would help me out.

Whether or not they were talking through their hats is not my concern. They responded they will do what they can, if something pops up. I’m sure it’s in their email trash bin. I certainly can’t blame them, since I did burn them. Shorted them of any commission they might have gotten from the sure thing I was in November.
It’s only the beginning of the month, the beginning of the year and I may have a long way to go, but I’ve taken the first steps.

I didn’t sleep to well last night, woke up a few times. And tried sleeping later than usual but Neil Diamond woke me up when Cherry Cherry was played on the oldies station. Not a bad song overall but alarming enough to make me get out of bed.

I shuffled about, dragging ass, not wanting to go to work. Let’s face it. I don’t like work. I’d rather be financially independent, able to support myself as well as Bill and still have money to help out family and friends should they need it.

I did not win the 300 million dollar jackpot in the Mega Millions lottery the other night. 2 people did and are splitting the pot. Now the amount is down to 12 million dollars, which I will gladly receive once I get those lucky numbers.

I made it to work, unwillingly. And I was early, which I could not help. Marcus was hidden in his office, Calvin sniffling in the humidor and the brain dead Bradley was late. Calvin & Bradley are both sick and think that taking a whole bunch of supplements like Echinacea after they have the virus will help.

I don’t think it will help. Once you got the bug all you can do is let it run its course. I was wary about working with either of them, though Calvin was in better shape, not groaning all day long. I probably groan too when I’m sick, but to hear brain dead Bradley do it, is most annoying.

I made it through the day though, brain dead Bradley left early. My register was off by $0.30 and I had to go through the day’s transactions to figure out what went wrong. It turned out I over charged a customer $0.30 and had to void the transaction and refund the money to the customer’s credit card.

I thought I would be late and have to miss my bus. It’s been so cold and slushy out that I’ve been taking the train to the bus terminal. As luck would have it, there was an express train at the station and the doors closed as soon as I entered. Karma at work, I’d like to think. 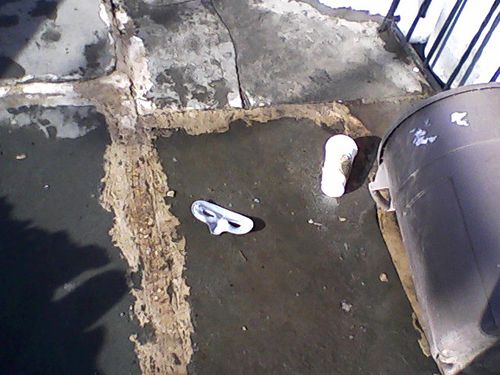 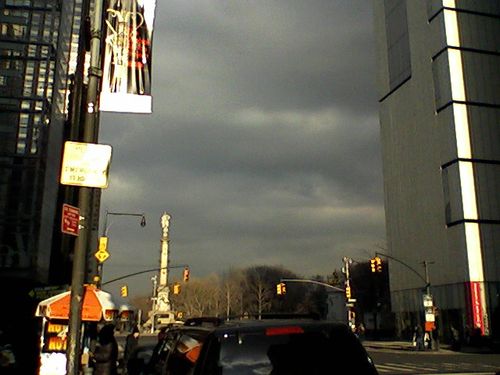