Well it was my first Sunday working at the cigar shop. I once again made it in on time. Sundays are a shorter workday, the back room is closed at 5:00 and we close the door at 7:00. Today was certainly interesting.

It was Raymond and Sean and I. Sean was 45 minutes late. He’s 19 years old and a part timer, so for him it’s no big deal. We thought it would be busy today but it wasn’t. Yesterday was busier, people shopping for their Father’s Day gifts.

Fortunately no wives came in complaining about their husbands chopping off fingers. There were some last minute shoppers, feeling the pressure. I just told them what to buy and they bought.

I did miss out on a commission since I couldn’t find a $400.00 box of cigars. Dave found the box and so he got the commission. It bothered me a little bit, but all I can do was get over it.

I got a text from Pedro. He was thinking about stopping by. I didn’t dissuade him from doing so. About an hour later, he comes walking in. Big hugs. He liked the shop, met Raymond and Sean and bought a cigar.

I thought it would be cool to hang out in the back room but the Yankee game was on as well as a few guys watching it. We decided to head out towards the park to smoke cigars. It was stifling outside. Worse than I imagined. Just sitting on my usual bench was overwhelmingly hot.

We sat and talked about our lives. A conversation that we certainly could not have sitting in the back room. He has stress at home and his mother is not doing well, been fading since his father passed away in December.

I told him my stories about the shop the drama that keeps getting revealed to me with each passing day. Lunch was almost over and we walked towards the shop, Pedro headed towards Summerstage and me back to work.

The afternoon crawled quite a bit, not much in sales. Tomorrow the NY State legislature will vote on whether or not to increase the sales tax on cigars from 46% to 90%. I may be screwed after all.

The work day finally ended after I had a talk with Raymond and Sean about the use of Fag and Homo and saying something is ‘Gay’ like it’s a bad thing. This is what I have to work with. They were cool about it though and I think I got through to them.

I also heard from Raymond that Calvin uses Homo a lot and not when talking about Sapiens.

He also tried to get Don Birch and Raymond to complain about the play lists I made for the store so they wouldn’t be played and we would have to listen to his favorite, dreadful Jazz music which is just horribly boring.

I like Jazz, but only when it’s performed live.

According to Raymond, Calvin is two faced. So much for bringing life into the store. Mournful, doleful tones of muted trumpets is so blasé.

I left the store, the sun was still up and I decided to walk to the Path train and enjoy a cigar. As I crossed 57th Street at Broadway, I noticed an older woman walking a few steps behind me. I thought she might need help so I unplugged the Rolling Stones from my iPod and offered my ear.

She mentioned how busy the street was with the cars and how I looked like someone she used to know. She told me her story about how she studied accounting and offered to do my taxes in her apartment on west 57th Street. Her name was Jill.

I said thanks and she gave me her card, mentioning that she also does oral and penetration. I did not do a double take just kept walking down Broadway. Is she a former working girl? Are times that tough that geriatrics are turning tricks on Broadway?

After that it was uneventful and I rode the Path train reading Uncut magazine’s account of David Bowie recording and touring for Station to Station which is probably my favorite album by the Dame.

Walking down Washington Street I passed the Patrick Murphy who asked if I was the same John O’Toole who wrote to the Daily News. I replied that yes it was me and he proffered his hand to shake.

I have to say, Patrick looks good and relatively healthy. I harbor no bad feeling towards him since he never did anything bad to me, but did to other people I know, and when I was down on my luck 20 years ago, he would give me $5.00 to put the chairs up at Maxwells when the evening was ending. 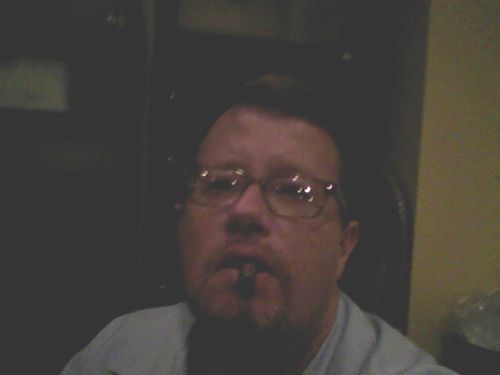