Well I’ve been home now for abut 45 minutes. I think I’ve turned a corner. Not as morose or as despairing as I had been the previous couple of days. It wasn’t an easy transition but I think it’s nearly over.

The weather has been very cooperative and today was the second day in a row where I wore my suit to work, not scrambling to find a place to change from street clothes into a suit. I hope it lasts but I know, summer is around the corner.

That took it’s toll on his co-workers and Marcus and Calvin decided to do something about it. They asked him to resign but he wouldn’t so they fired him. I liked Harold. He was a good looking guy with washboard abs, but he also liked himself a lot.

So that leaves a core group of 5 workers. Calvin, Raymond, Don, Ryan and me with Marcus managing the two Manhattan stores. I actually prefer this store to the store I frequented which was around the corner from Wanker Banker.

Calvin allows me to pick the music and the co-workers seem to like my choices. Some Latin jazz, some Woody Allen music. Today I opened the store with a Brian Eno playlist which was about an hour’s worth of music.

Not so much ambient stuff but some of his more interesting fare. James Brown was in the mix today as was The Bird & the Bee. And Raphael Saddiq. I sort of took over the music choices on the second day. The day started with just me and Don.

It takes a while for Don to warm up, at least to me. For about 2 hours it was the two of us and hardly anything was said. That made for a slow 2 hours, but he liked the Eno stuff I was playing, saying that it sounded like Pink Floyd.

No, I didn’t throttle him.

Calvin showed up at 11:30, scheduled to work the late shift. I worked the late shift yesterday with Calvin and found that working the late shift one night and opening the next day is no easy task, at least not yet.

Once Calvin showed up things got easier, and it being lunch time it meant customers started drifting in. For lunch, a turkey sandwich at what seems to be my usual spot near the park. And of course Calvin recommended a cigar, a Tatuaje robusto which was really good.

It’s great to spend time outside in the open air, just looking at people. I did have a good chat with Don, who said I shouldn’t be overwhelmed by the situation of starting a new job. It was good to hear, and also good to see that Don eventually thaws out.

I’ve been having some problems with sending photos from my cellphone. The pics are usually sent to Facebook but haven’t been showing up there. I thought it was a Facebook problem but it is actually a T-Mobile problem so a visit to the local T-Mobile store is in order tomorrow, my day off.

Have a few things planned for tomorrow, and the number one plan is sleeping late. It’s actually number one on my list. 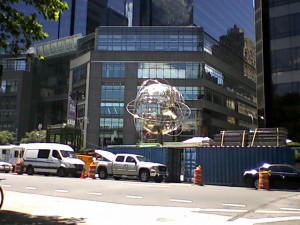 I also had gotten tickets for the Colbert Report tonight, but had to give them up since I’m working!