Happy Gay Pride day to my people and my friends & family who are gay friendly. I didn’t make it to the Gay Pride march in Manhattan. Too hot and I’m on my feet all day at work.

The last thing I wanted to do was stand around some more on a day off. It was 95º Fahrenheit today. And Bill was driving to Atlantic City and I wouldn’t want to go without him. I suppose that’s the consequence of not having many gay friends around here.

I sat by the river this afternoon sans guitar and read the New Yorker and finished off Uncut. I gazed across the Hudson River and saw what I guessed to be revelers after the parade and sorting it out, on where to go next.

That was me and Bill on some previous parades. I couldn’t help but think of the Pride festivities that I had attended. I remember walking through the parade on my way to buy records at St. Mark’s Sounds and buying a pink triangle button with a peace sign in the pink. Lost it as time passed, but still I remember it.

I remember one night before Gay Pride day being at the Dugout on Christopher Street and seeing Billie being slapped by Joey, Jet’s obnoxious last boyfriend. It was the last we saw of Joey, that’s for sure. No great loss.

Another year, or maybe the same year, walking after the parade through the West Village with Billie and Gracie, another DC friend. We walked up some street and saw some revelers on a fire escape wearing Patsy Cline masks.

For some reason I was compelled to yell out ‘Free Patsy Cline’ which Billie and Gracie also yelled with me and we laughed as we strolled up the streets.

Another year, going with Julio & Patrick Morrissey. As soon as we got there Morrissey was off somewhere else. It didn’t matter since Julio and I were both tripping. Another time, where I went solo and sat by the pier smoking joints with a bunch of nice lesbians while the menfolk were quite standoffish and catty.

There was the time when Bill and I volunteered to herd the parade people from start to finish. We picked the religious groups. No one else wanted to work with them and I soon found out why.

Bill was a member of the congregation at Metropolitan Community Church (MCC) and he wound up with them during the parade. I was with a whiny bunch, different denominations.

The Radical Faeries ahead of the reformed Jews who were ahead of the Catholic groups. The Catholics were whining about their place in line. I couldn’t get them to move fast enough, too many gaps in the parade which slowed the already long parade.

I abandoned my post by the time we passed 37th Street and Fifth Avenue.

I caught up with Bill at 23rd Street and was basically a wreck. One of the congregants of MCC slapped a ‘God Made Me Queer’ sticker on my shirt and I barked at him to leave me the fuck alone.

I don’t know what was more offensive, the God mention or the use of the word Queer, which some gay guys like to use. But not me. He sped away frightened by my overheated temper and Bill told me the young man’s mother passed away a few weeks before.

I didn’t know that of course.

Another time Bill and I marched with the church he goes to now. A nice group, no stickers involved. Just handing out balloons throughout the parade route. It’s a lot of marching, a lot of stopping and starting all in the hot sun.

Friends have said they had seen me & Bill in the parade and shouted and yelled but in the din we couldn’t hear them.

There was also the time in 2003 when Bill and I exchanged some vows of some kind in Grand Army Plaza by the Plaza hotel. Kate Pierson from the B-52s serenaded Bill and myself as well as the other same sex couples who got some what hitched.

Sarah Fortner made a lovely painting from the event which was witnessed by Rand & Lisa and Julio & Stine. So I do have good memories of the parade and today was about revisiting those memories. 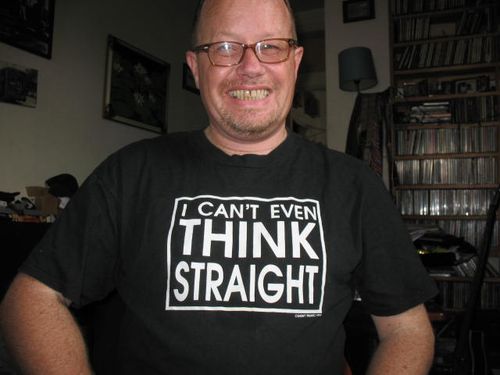 HAPPY PRIDE TO YOU AND YOURS!

I’m going to watch True Blood and then watch the fireworks from Pier A after I drop Bill’s birthday card at the post office. 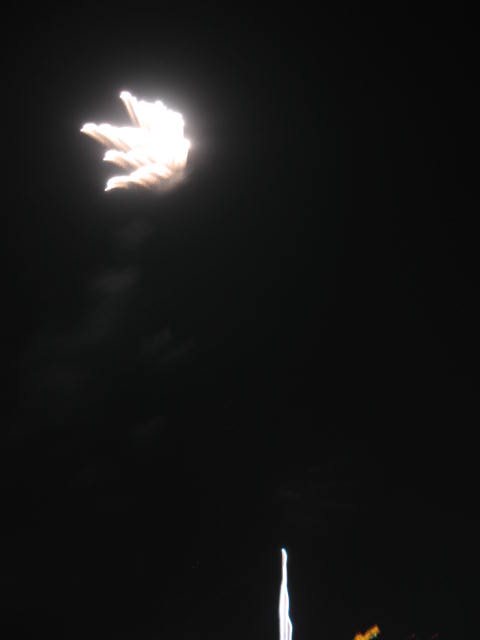 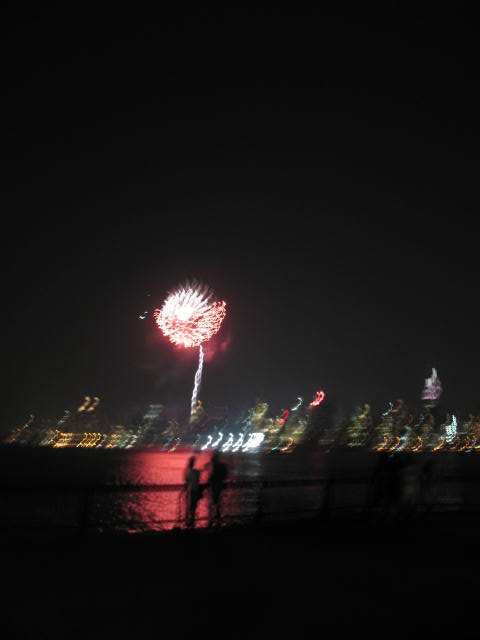 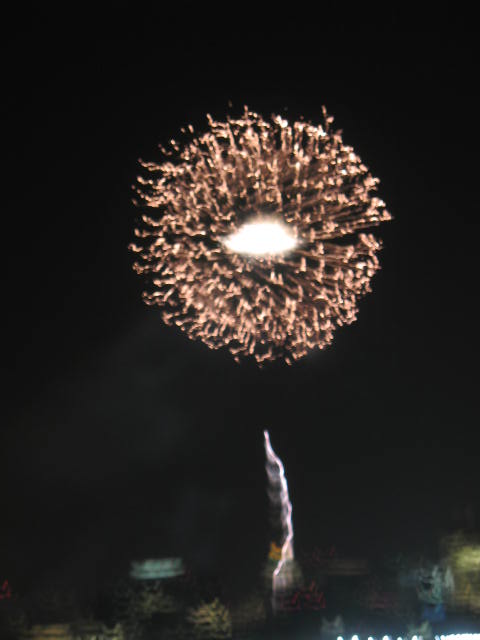 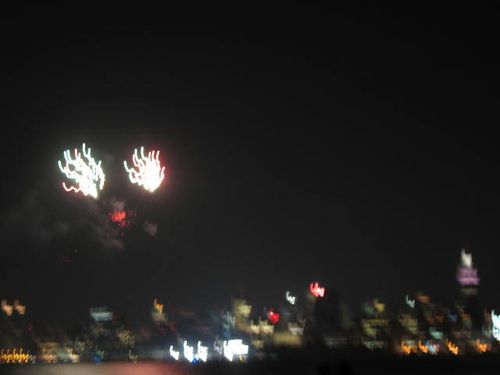 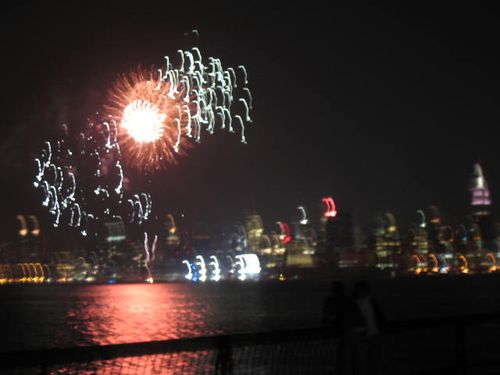