A lazy Saturday, just as I planned. It worked out well. I didn’t sleep well last night even though I was incredibly tired, so I’ve been napping on and off throughout the afternoon. Usually 10 minutes does the job.

I took the guitar out and sat by the river for an hour this afternoon. I met up with Rand & Lisa on my way there and had a nice talk with Lisa while Rand talked on his phone with his father most of the time.

It was a nice day, not too humid but not much of a breeze by the river either. I played Instant Karma, Shame Shame Shame, and (Love is Like a) Heatwave. It wasn’t too crowded today and I didn’t see anyone I knew once Rand & Lisa headed into the city.

I did get tired though and came home and took another cat nap. Now there are a few rain drops on the kitchen. I picked up Gosford Park, hoping that Bill will enjoy it.

Presently watching one of the Beatles Anthology DVD’s, and right now they’re showing the Shea Stadium concerts in 1965.

Of course I’ve seen it a few times, but never noticed how the girls in the audience were going berserk. Screaming and crying. I’ve read somewhere in the past that most of the seats from the Beatles concerts would be soaked afterward. August 1965.

I was two about to turn three the next month. Now on the Anthology DVD is the Beatles meeting Elvis Presley. A Rashomon of sorts, since they all have different stories and memories from the meeting.

Bill came home and we had Napoli’s pizza and we decided to order pizza from them for the upcoming party. We were going to have Grimaldi’s pizza but they don’t open until later and this place is right down Washington Street from Maxwells. And the pizza was very good, so that’s been decided.

We watched Gosford Park, or at least half of it. Bill was getting tired and I believe he is driving a bus tomorrow. Not to Atlantic City though. I really don’t know where.

Once again, I have no plans for tomorrow. Not going to the Gay Pride parade. I stand around enough during the week and with the heat. Oy. Can’t really say what I’ll do.

More of nothing sounds fine.

Maybe a local bike ride. That would depend on the weather. It’s quite warm out now. What rain there was dried up hours ago. Bill asleep. He’s in deep sleep within minutes of his head hitting the pillow. I might go to bed soon myself.

I was more tired yesterday evening than I am now, but after not sleeping well I hope to make up for it tonight. So that’s my plan for the rest of the night. Hope yours was fun or was fun, wherever you are.

Haven’t checked the location stats lately on this here blog. Perhaps I’ll do this after I post. 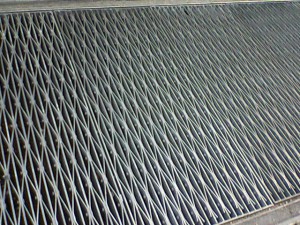