Here we are at the end of another day. Not such a bad day either. First off I slept really well, probably from not sleeping so well the night before and being exhausted towards the end of my shift yesterday at the cigar shop.

I decided to avoid the theater crowd on Eighth Avenue and opted to walk down Ninth Avenue which turned out to be a bit of a mistake or a misstep. Hell’s Kitchen is almost as Gay as Chelsea and I did not take into account the sidewalk cafes set atop narrow sidewalks.

Won’t be making that mistake again.

I usually walk with a purposeful gait and the strolling couples, headed for dinner slowed me down considerably. Still I made the bus I needed to make with no look of NJ suburbanite panic on my face.

I woke up the morning around 7:45 and set about doing my thing. I didn’t have to go in until 11:30 so that was nice. I needed bread so I went grocery shopping around 8:30. Nice that the store was relatively empty and I was home by 8:45.

Had some more coffee and got my suit ready to wear. Yes, I’ve been wearing a suit to work but no tie and I generally drape the suit jacket over my forearm, looking a bit dashing, feeling like Jean Paul Belmondo and showing off my braces.

I swear I’ve been loosing weight since I’ve started work and the pants aren’t as tight around the waist as they used to be. And the neck size of my shirts aren’t as snug either, so I don’t think I look like my late cousin Jackie. No between meal snacks, lot’s of water and standing around for 9 hours a day seems to do the trick. Pedro even mentioned the weight loss the other day.

The day flew by as opposed to yesterday which was crawl crawl crawl. Had a cigar for lunch today and I was going to go outside and smoke it but it was even more humid outside than it was in the humidor. And it rained for about 3 minutes.

I decided to come inside and sit in the backroom with the cigar smoking men. It was a full house, all of them watching the World Cup and kvetching. Some closet cases too from what I gathered. I’m out at work once again, everyone seems cool about it.

But there’s a certain customer who my co-workers think is gay and deep in the closet despite being an opera singer. He doesn’t ping on my gaydar but I probably ping on his and he might resent my being out or perhaps fears my being out will out him.

Sometimes during the day a customer will leave and Sean or Raymond or Don Birch will ask if I think that person is gay. One guy left the store and they asked and I said ‘Flame on!’ and called him Johnny Storm.

It was pretty much a good day. Calvin headed out at 7:30 and mentioned that he saw I was scheduled to come in at 9:30 tomorrow morning. He asked if I would rather come in 11:30. I said yes. Closing the store is one thing and coming in to open the next day can be so difficult.

We received our schedules for July and the majority of the days are the late shift. I’m fine with that. Raymond asked if I would miss hanging out with my friends, and I said no, since I really didn’t hang out with my friends much in the past year or so. An occasional evening here and there, but overall I usually just hang out at home.

So I guess it’s getting better all the time. 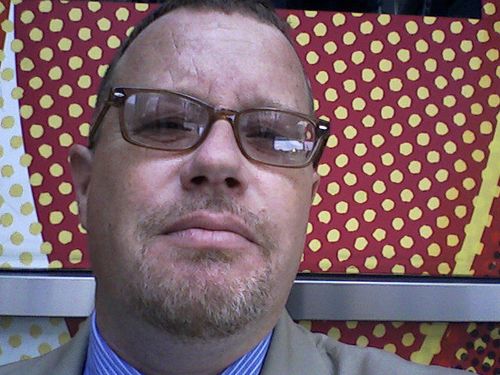 16.8 minutes from the cigar shop to the bus terminal tonight.