Walking to the Path train Tuesday night after work, I walked through Times Square. I know it’s a tourist trap but I’m usually plugged into my iPod and smoking a cigar so people generally stay away from me.

And it’s the quickest route to the Path train, what with the pedestrian plazas that have been created in Times Square. The plazas north and south of Times Square are generally empty and people stay on the sidewalk.

I came up with a completely off the top of my head statistic, that for every 20 tourists, there are 4 to 5 people trying to convince them to head over to the comedy clubs. I don’t know the success rate of getting out of towners into these places to pay a cover charge with a 2 drink minimum.

The people who are trying to get the tourists in are usually young comics performing this duty so that they could get a spot in the evening’s show.

I also noticed a few young American women in head scarves. They are what I guess to be, recent converts to Islam. Why would a woman what to commit to a life of subjugation? I also realized that it was my awakening to Islam, that convinced me that religion, all religion is truly absurd.

I knew of a woman years ago, a friend of a friend who converted to Judaism. And her name wasn’t Judy so that really didn’t make sense. Why do such intelligent people decide to believe in an iron age sky god?

True, it is their lives to live and not my business and I usually keep my thoughts to myself, but I decided to take this opportunity to state my case.

I was given Lutheranism to research and found myself agreeing with what Martin Luther had to say. That started my drift away from catholicism. I eventually became an agnostic, doubting the existence of a god.

Then when 9/11 occurred, that sealed it. I was an atheist. The crime, the violence done in some idiot god’s name, by the even more idiotic followers was just disgusting and I realized that religion just drags down the human race, and prevents it’s growth.

Growing up, basic questions that I asked could not be answered. Questions like, ‘if a group of people live good lives and treat each other well, why would they go to hell if they didn’t do anything wrong and never heard about Jesus or Mohammad or whatever?’

It’s such a racket and Karl Marx was right when he wrote, ‘Religion is the opiate of the masses’. In the 1980’s I amended that in a fanzine that I used to contribute to, and wrote, ‘Mass is the opiate of religion’.

Perhaps someone else wrote that before I did, but I don’t know or didn’t know about it. 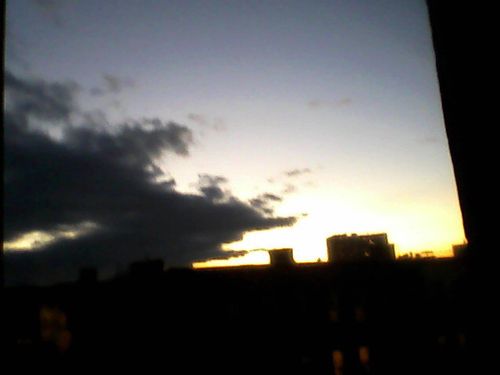